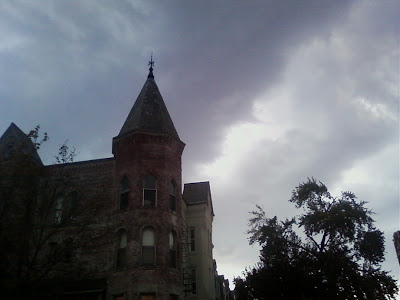 
Just a short entry here on this Monday night (though it will likely be Tuesday after midnight when I actually hit the "Publish" button and it gets an "official" timestamp). 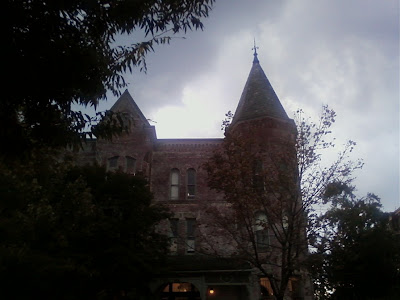 
I was walking from Ruth's Chris Steak House, where I went for its happy hour special on Sunday (actually, it's everyday except Saturdays) and includes $7 glasses of wine and $7 appetizers if you sit at the bar (and some of the appetizers are practically meal size).
I also had a really good conversation with the new bartender and another patron.
###### 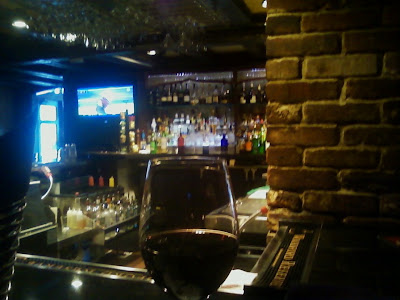 
I'm home after an uneventful day at work (I kept busy writing one of my reports) that was followed by the gym, in particular, my first hour-long session with my personal trainer ("T"). I think it went well and I certainly feel it. I also jogged before hand for 45 minutes on the treadmill -- 3.8 miles / 500 calories, if the display is to be believed. My next training session is Thursday, although I will go to the gym on Wednesday as well.
However, I still look ridiculous sans clothing and therefore I'm not really "in shape." 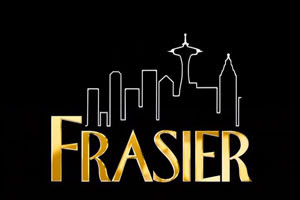 As I write this*, I'm actually watching Frasier reruns on Hallmark. The episodes are basically aired consecutively and rollover once the end is reached and begin again. Tonight featured Parts 1 and 2 of the final Frasier episode "Goodnight, Seattle" was aired followed (as I write this) by the pilot episode from 11 years earlier, "The Good Son."


*Obviously, it was over by the time I actually posted this entry.
Both Part 2 of "Goodnight, Seattle" and "The Good Son" are excellent in different ways. There are so many outstanding lines in both episodes. And the opening scene with Daphne (who has just moved in) and Frasier in the following episode ("Space Quest") is hysterically funny.
**Updated 10:06PM 6/24/2014: Content removed.**


"Goodnight, Seattle" (both parts) were aired on May 13, 2004 -- a bad time for me that was just 9 days before the MH episode of May 22 (23), 2004 (it was probably just after midnight). It was awful awful awful. And I was already in a very bad way at the time -- having been unemployed for 4 months and struggling and losing my apartment.
I was badly lost at the time, and would remain so for years to come. I will note here at ex-friend Phil helped me by letting me live with him for 9 months, 8 of them rent-free, in his former house in Silver Spring. That actually turned out well. I returned to D.C. in March 2005, but still had years to go of trouble. Anyway, at some point, I'll (once again) recount exactly what happened that night -- and what followed in the intervening 8-1/2 years at some point.
**Updated 10:06PM 6/24/2014: Content removed.** 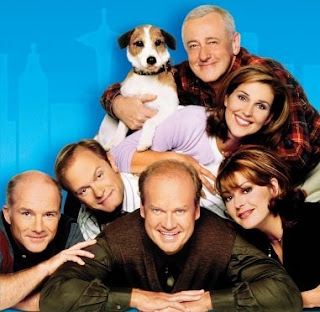 Re. Seattle, I actually lived there back in the last 3 months of 1988 or five years before Frasier came on TV (though Cheers was certainly on at that point). This Seattle stint was my failed attempt to go to the "U-Dub."


I lived in Lander Hall (second floor -- can't recall the unit number anymore). I remember my last day there in Dec. 1988 -- and the walk I took for miles around the city the day before. It was an unusally sunny day for December and I made it to the observation floor of then-Columbia Seafirst Center tower, and staring at Mount Rainier for at least an hour. I was 18-just-turned 19 years old and was deeply neurotic and lonely and thought it a good idea to return back to Maryland. 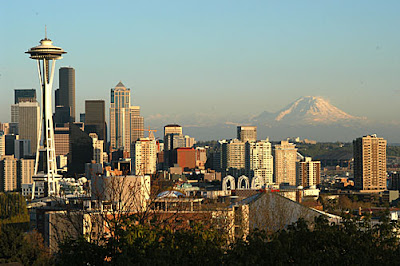 I mention this because part of me wishes I had stayed there and I wonder how my life would have turned out. True, I have visited there twice (in 1999 and 2002) but those were very short visits. Instead, my life is in D.C.
I'll just post the shortened version of the lines from Lord Alfred Tennyson poem Ulysses that Frasier quotes in the closing scene: 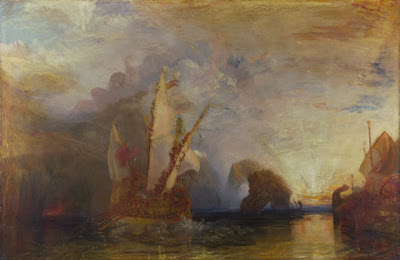 "It may be that the gulfs will wash us down;
It may be we shall touch the Happy Isles,
And though we are not now that strength which in old days
Moved earth and heaven, that which we are, we are --
Made weak by time and fate, but strong in will;
To strive, to seek, to find, and not to yield."
####### 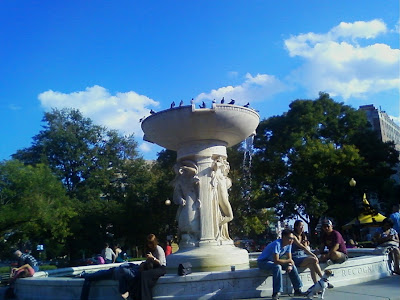 Dupont Circle central fountain, Washington, D.C., on a late Sunday afternoon, 4:26PM, Sept. 30, 2012.
I walked over to "the circle" and went briefly to Buffalo Billiards to meet up with Gary, Howie, and Jamie, but then I went over to Ruth's Chris (see above) and later on to Larry's Lounge, where Gary and Howie later joined me.
####### 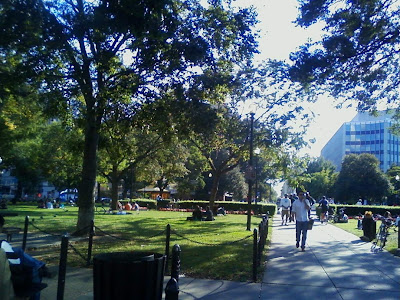 
OK, that's all for now. My next planned update will be on Wednesday night.
Updated 12:02AM 10/04/2012: I simply ran out of time for an update tonight and may not post a new entry until Friday. But I really didn't have anything dramatic or new to say anyway -- just the usual stuff.
--Regulus
Posted by Regulus at 1:10 AM