The instrumental jazz piece Sail set to a still image from what looks like some tropical resort in the South Pacific or maybe the Maldives. The piece is from the the album Kool & Klean Volume III released in 2012. Kool & Klean volumes I, II, and II were released by Ukrainean saxophonist and a composer Konstantin Klashtorni.
This is my Friday night musical interlude entry (well, at least in part) featuring pieces I heard during the week (listening through my earbuds at work to the SKY.FM internet radio station) that I want to share with my (few) readers.
#######

Paul Hardcastle's Return of the Rainman released in 2009 set to some lovely natural scenery images of clouds, sky, and ocean.
#######

Some other non-musical interlude stuff ... 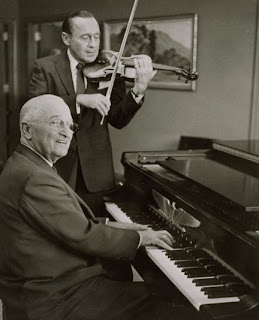 Jack Benny's show is on as I write this. Bob Hope is the guest. The previous episode featured a young Wayne Newton. Newton is a weird man -- then and especially now. 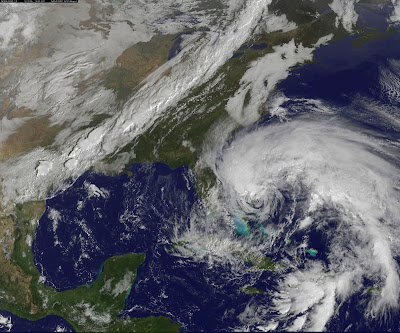 
I'm taking a break from my fixation with the latest forecasts and track the "Frankenstorm" (also being called the "Bride of Frankenstorm") hybrid Hurricane Sandy / powerful nor'easter that is supposed to come to pass / strike the mid-Atlantic in the Monday - Tuesday time frame next week. And for that reason, NO model images in this entry.
So much still has to happen with the hurricane -- which may actually weaken to a tropical storm over the next two days before undergoing a baroclinic-driven reintensification that would turn it more quickly into an outright extra-tropical cyclone -- and the approaching strong shortwave.


Things were fine at work today -- no worries over what I was worried about -- except I was so worn out / physically exhausted from a mediocre sleep schedule on top of three nights of gym workouts, including two with my personal trainer. 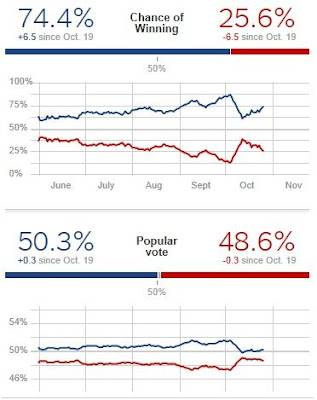 Also, not only was I distracted all day by looking at the computer weather models regarding Sandy, but also by the presidential tracking polls. Nate Silver still has Obama the favorite.

But at this point, it just "feels" like Romney is going to win -- Obama has enough of a loser aura now and America is, by turns, idiotic / ideological / prejudice and/or just dumb enough, not to mention run by enough powerful rightwing oligarchical interests to elect Romney.


Apparently, all Romney needs is two figures to win: a 74% non-Hispanic white electorate, comparable to what existed in 2008 but way down from the 89% in 1980 when Reagan trounced Carter, with at least 61% of that vote compared to 39% for Obama (i.e., a 21 percentage point advantage). 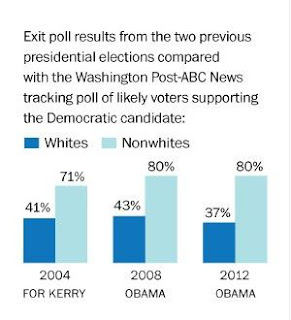 
*I think all references to "white voters" actually mean non-Hispanic white voters, but I'm not entirely sure.
The point is that if Obama actually manages to win, it will represent quite a historic shift in the influence of America's demography.
#######


But I don't want to ruin the theme of this Friday night musical interlude entry.
Here is Herb Alpert and the Tijuana Brass playing the delightful yet mournful Ladyfingers from their 1965 album Whipped Cream & Other Delights with its album cover image of an apparently nude young lady procatively partially draped in whipped cream "dress" while coyly holding a single red rose and licking her fingers.
#######


OK, that's all for now. I'm going to go out tonight -- to dinner (maybe at Logan's Tavern or Old Ebbitt Grill) and then to Larry's Lounge and/or Nellie's. Not quite sure.
--Regulus
Posted by Regulus at 10:00 PM