Between Heaven & Earth -OR- A Weekend in Fall 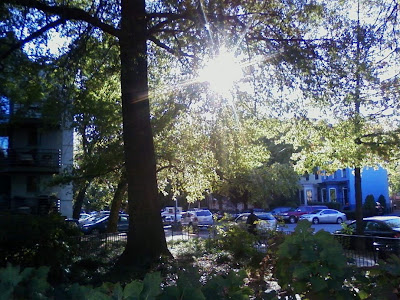 
This weekend just sucked. Nothing really bad happened ... it just sucked.
For starters, I frickin' tried to finish that blog entry about the Baltimore boundary trip. I still need another 4 to 6 hours to finish it. I will work on the entry tomorrow night and again on Wednesday (I'm planning on leaving the computer at work on Tuesday evening).
I lost the whole weekend doing nothing, although I made it to the gym on Saturday. I just went out and had a miserable time all around.
Despite this, I'm still bagging out of the beach camping next weekend at Assateague. I just don't feel like going. Besides, I need a sleeping bag but don't have one.
####### 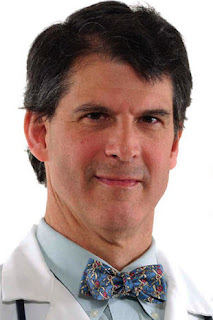 A respected neurosurgeon, Dr. Eben Alexander III, who has taught at Harvard Medical School has written a book called Proof of Heaven saying that Heaven is real -- and he knows this because he visited it during a week when he contracted bacterial meningitis and was in a coma in 2008.

The story is linked here and includes a link to the Newsweek cover story.


Oh, yes, Felix Baumgartner successfully completed his record-breaking 128,100 foot (24.26 mile) high skydive, briefly surpassing Mach 1 -- the speed of sound -- and on the 65th anniversary of Chuck Yeager first accomplishing the feat in his Bell X-1 aircraft. Baumgartner jumped from a capsule connected to a helium balloon and just let gravity do all the work, so to speak.
Updated 11:35PM 10/15/2012: The 128,100' foot is an above sea level figure. The New Mexico desert elevation where he landed is about 4,000' so he actually fell more like 23-1/2 miles. Also, I saw another figure of 128,097' but I'll stick with the NYT one.
He thus made the highest and fastest free fall jump achieved by a human being -- and the first human being to go "hypersonic" (supersonic) without being in a vehicle of some sort. It was not the longest free fall, though (see below).

I doubt the Earth really looks that curved from "just" 24 miles in altitude -- the Earth is "large" compared to 24 miles. I think that's just an artifact of the camera being used. The 43-year old Austrian daredevil broke the 102,800 foot record set 52 years ago by by retired US Air Force Col. Joseph Kittinger, now 84, who was a key player in the current mission. Indeed, in the set of images at left, Col. Kittinger is visible in the foreground at the Red Bull Stratos mission control center below.


Kittinger guided and gave instructions to Baumgartner just before the jump. 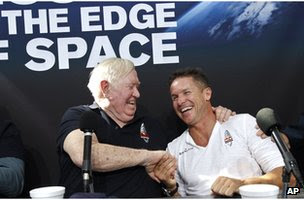 Kittinger and Baumgartner share a happy moment with the press. The New York Times story is here and here is the BBC story. 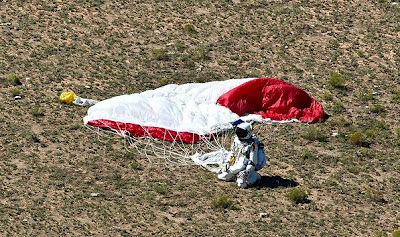 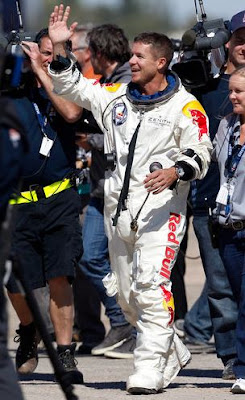 Baumgartner -- seen here after his successful jump -- apparently (it has to be verified) reached 833.9 mph or Mach 1.24 in the dive over New Mexico (appropriately, near Roswell) while slicing through the stratosphere toward the New Mexico desert below before slowing down considerably once he reached the denser lower troposphere. Baumgartner was in free fall for 4 minutes and 20 seconds before his parachute deployed -- or 16 seconds shorter than Kittinger's record, which therefore still stands at 4 minutes 36 seconds.


OK, that's all for now. I actually feel a tad better now. I'm going to bed around 12:30AM.
Oh, yes, I should mention that there is another frickin' presidential debate on Tuesday night. I guess the question is how badly will Obama do? And will any attempt to correct his inexcusable performance on Oct. 3rd only make matters worse?
Again, plan to have the Baltimore boundary tour entry posted this week, probably late Wednesday. That's the best I can do.
--Regulus
Posted by Regulus at 11:59 PM