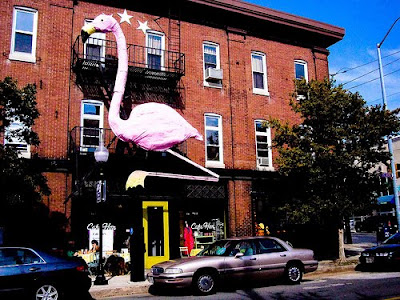 The Cafe Hon in the Hampden section of Baltimore with its giant pink flamingo. I found this picture online.
####### 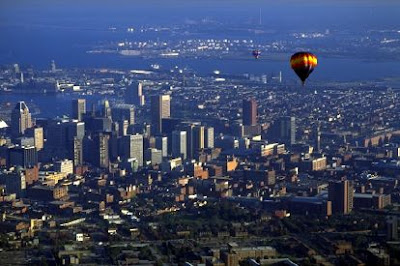 True, we only found 3 + 1 of the possible 6 land-based points (the seventh is in water). I say "3+1" because we knew that three existed and the fourth one (the southernmost point) was actually in the form of a large stone object buried in the ground under a brittle stick marker that I am all-but-sure is the actual old marker. As for the other two,we tried but it is doubtful they even exist. I will write more about this in a subsequent entry this week.
I actually planned to post a few images of it in this entry but I ended up with so many that it didn't feel like a preliminary posting but the actual main one.
#######


In the meantime, just because it's stuck in my head ... A special supplemental Sunday musical interlude ...
**Updated 9:46PM 5/21/2016: Content removed**
I removed a whole section of altered lyrics along with two pictures that were related to the whole stupid MH situation.
#######