Archie and Maude On Life, Liberty, and the Pursuit of 1970s TV Sit-Comedy 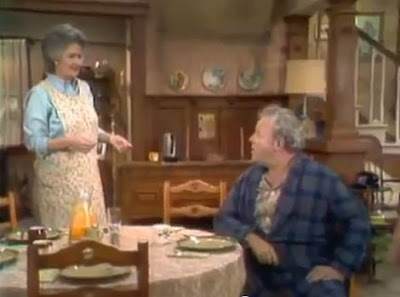 Cousin Maude Findlay takes care of the Bunkers when they are sick in an episode of All in the Family (see below) that helped span Bea Arthur's own series, Maude.
Maude: "Only 8AM and already that FOUL MOUTH is open for business!"
#######


I have not been feeling well today -- the wherefore and why are not something I want to discuss -- and indeed took off half the day from work. I also did not go to the gym tonight (I'll go on Thursday).
Earlier tonight, I was watching a Maude rerun on Antenna TV. It's the episode "The New Housekeeper" in which Maude hires a new live-in housekeeper, Mrs. Nell Naugatuck. Mrs. Naugatuck was played by the late and wonderful Hermione Baddeley.
YouTube clip 1 of 2 of the Maude episode The New Housekeeper.
#######

YouTube clip 2 of 2 of the Maude episode The New Housekeeper.
Mrs. Naugatuck replaced the previous housekeeper, Florida Evans, whose character went on to star in an alternate TV show reality, Good Times (that is, the new show was not a direct spin-off).
I would also like to post the YouTube version of the All in the Family episode Mike's Move (season 6, episode 19), in which Mike "Meathead" Stivic is turned down for a college job in Minnesota because the school opts to hire an equally qualified black guy. 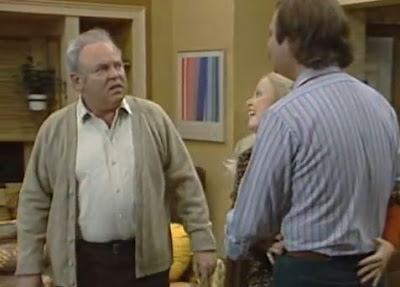 Remember that Maude was a spin-off of All in the Family in that Maude Findlay was Edith Bunker's very liberal cousin who clashed with Archie.
In this scene, Mike thinks he's gotten the position while Archie is aghast at the thought that Mike would move -- taking his wife Gloria (Archie's daughter) and his son Joey (Archie's baby grandson) away. He uses the excuse of Mike being happy that he got the job over the black man to go off on a rant about Mike being a hypocrite and what it means to be an American.
Here is the YouTube clip with the scene in question (updated since the original posting of this entry).
The episode is from 1976 and it is most aptly called Archie Bunker's Bicentennial Minute. It scene starts around 15:00 and runs to 16:20. I'm quoting it in full: 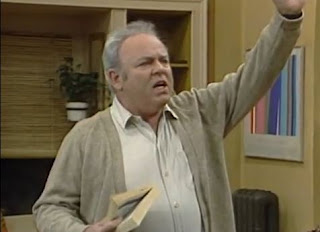 "Listen to this! I can't believe my ears! A white guy standin' there gloatin' over takin' a job from a colored guy. DAT ain't the American way, buddy! No sir-ee! Listen here, PRO'FESSA, you’re the one that needs an American history lesson! You don’t know nothin' about Lady Liberty standin' there in the harbor with her torch held high, screamin' out to all the nations of the woild: 'Send me your poor, your deadbeats, your filthy!' And all the nations send 'em in here! They come swarmin' in like ants! 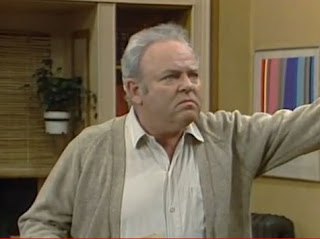 Your Spanish PRs from the Carribooan there! Your Japs and your Chinamen! Your Krauts and your Hebs! And your English fags! All of 'em come in here! 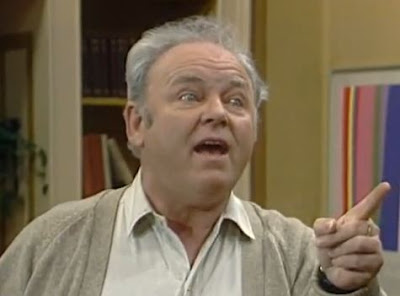 And there ALL free to live in their OWN SEPARATE SECTIONS where they feel safe! And they BUST YOUR HEAD if you go in there! THAT'S WHAT MAKES AMERICA GREAT, BUDDY!"
####### 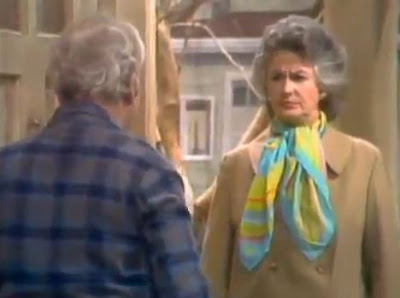 Oh, and for good measure, here is that All in the Family episode  called Cousin Maude's Visit where Maude shows up to take care of the Bunkers, who are all flu racked except Archie also has the runs. This episode was so successful that it prompted CBS to giver Bea Arthur her own show in Fall 1972. The YouTube clip is a complete episode.
Here is the full episode in a single YouTube clip.
The arrival scene begins at 12:20. The funniest scene -- which I initially forgot to mention -- is when Maude refuses to move from Archie's famous cushioned seat and to get back at her, he starts in with his "Franklin Delano Roosevelt RUINED this country!" rant. This is toward the end.
#######


OK, that's all for now. My next planned update will be Friday night and then I'll post my long-delayed Baltimore boundary tours entry over the weekend.
--Regulus
Posted by Regulus at 12:49 AM