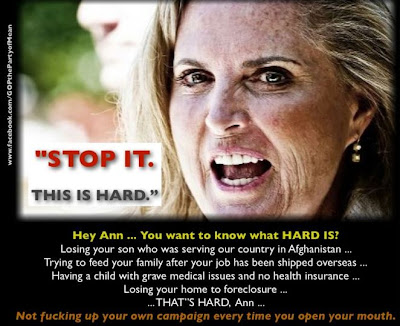 I wasn't thrilled with my previous quick update so let me replace it with this one. This will be an even faster one as I'm late for work.
As others have pointed out (sorry for no links, but I'm in a hurry), libertarianism as constructed by that refugee from the Soviet regime Ayn Rand, is a type of invertered Marxism. 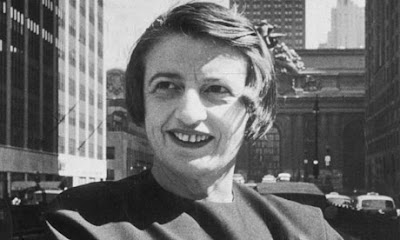 But instead of the workers providing all the value in society and controlling the means of production (rather than the capitalist owners), in her utopia, there are just a small number of individuals who are truly the productive members of society. Everyone is are just moochers and leechers. And these individuals -- the only intelligent ones worthy of living -- are necessarily the "owners" of what they produce.
So as a theoretical construct, it is an inverted Marxism. 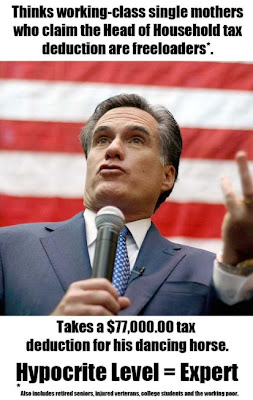 And it's not a shock that the Republican party in America today -- whose "intellectual" underpinnings were shaped by a number of ex-Trotskyites about 50 years ago -- should embrace this badly warped and utterly unworkable notion of freedom.

As for Romney, unlike the affable George W. Bush, he's just too much of a parody of a billionaire plutocrat to pull off what is accurately described as the "neat trick" of getting just enough of the white working class to vote against its own economic interests win.


That these mostly Jewish and Catholic intellectuals were able to link their philosophy into a party consisting of Southern Protestant fundamentalists in service to the corporate oligarchical overclass is quite remarkeable. 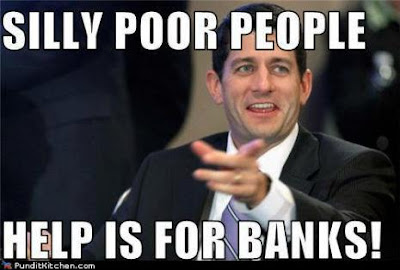 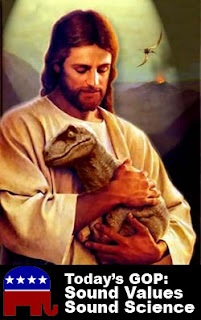 Can the Democrats utilize this to their advantage and regain true New Deal-era majority?


I'm just not that optimistic since the Dem strategy is basically to win by default by hoping Republicans lose.
--Regulus
Posted by Regulus at 9:51 AM