Updated 8:42PM 5/27/2014: I have elected to remove this entry and post this unrelated picture below. I think it best all-around at this point to do so. Ditto the "part 1" entry that preceded it (except for the bottom unrelated image in that posting). 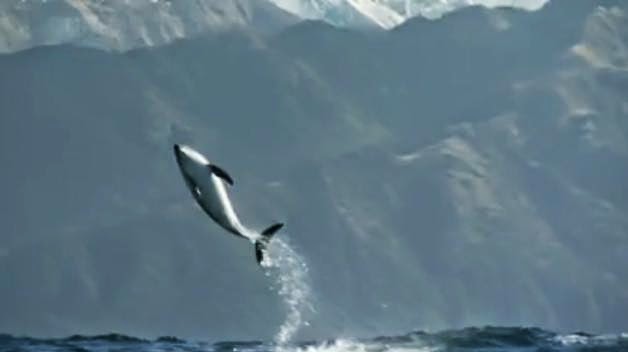 A hyper-acrobatic dusky dolphin leaps into the air from the cold but vibrant waters off Kaikoura, New Zealand with the rugged Southern Alps in the background. This is a screen shot from the outstanding BBC series South Pacific (called Wild Pacific on American television) and set to Benedict Cumberbatch's awesome narration (Mike Rowe's crappy American version narration) and the incredible "Mooki Ana Low Hey."
--Regulus
Posted by Regulus at 11:21 PM