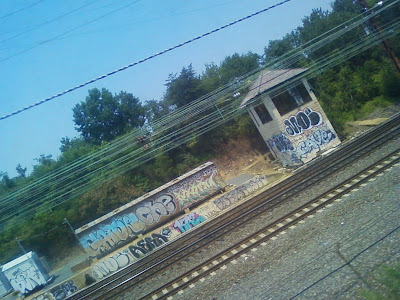 
I'm not sure what that old and abandoned, graffiti-covered structure was originally (some sort of switching station?). I was heading back into D.C. This was the day it hit 104F at DCA and we had the violent thunderstorms later that night.
########


OK, this is *not* the follow-up blog entry to my previous one discussing in more detail the violent storms -- MCS / "derecho" / squall line -- that blew across the D.C. area and caused so much damage and knocked out the power in such a widespread way for so many customers, many of whom still do not have electricity after three days. 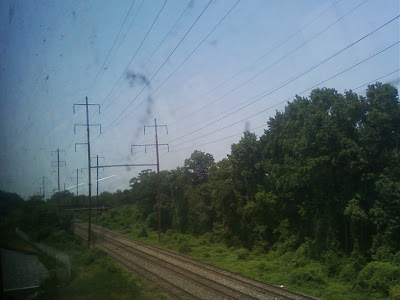 
It is nearly 11PM Monday night and I'm home watching TV (presently, Everybody Loves Raymond on TVLand). For starters, I have not watched any TV since Friday night. And secondly, I went to the gym again today after going yesterday. I spent about 40 minutes on the treadmill on both days and about 20 minutes on the bicycle as well a bit of time on the Life Fitness weight-lifting machines on the fourth floor (as opposed to the FreeMotion ones on the fifth floor). I didn't go in the pool, though I would have liked to, if only because the gym closed yesterday and I wanted to get home this evening. 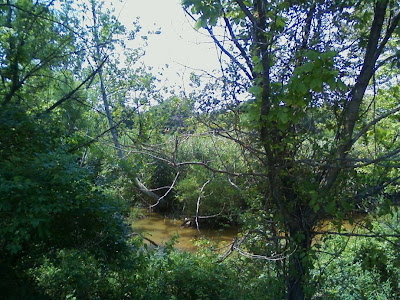 
There is still no sign of me losing weight -- as in falling under 180 pounds -- but as I recall from my last go-around when I started in July 2001, it took a month or two for any results. And I was 32 pounds lighter as a starting point.
I probably won't go tomorrow and the gym is closed on Wednesday for the Independence Day Federal holiday, so I won't be able to go until Thursday.
Tomorrow, I have to go to the Landover office for at least part of the day to finish some editing of an application. 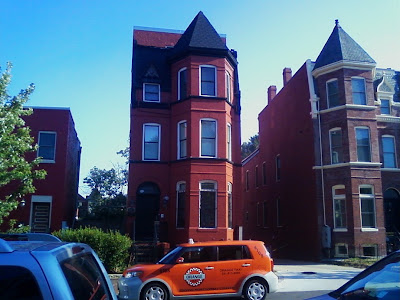 
Yesterday, not only did I do my usual Nellie's - Larry's Lounge routine but I also checked out the newly opened place called The Brixton. The three-story restaurant and bar is located directly across from Nellie's also at the intersection of 9th and U Streets NW. It opened on Sunday (July 1st). 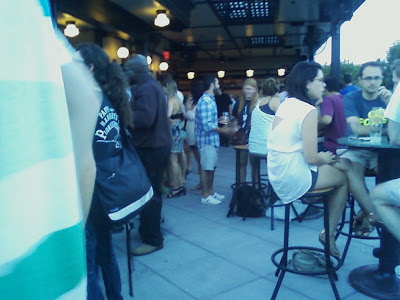 
The place has been under construction for some time with a temporary barbed wire fence around it that was finally removed and the place is open. While it has an English pub theme, the cuisine seems more complicated. It was dark and cool and smelled of shrimp and spices when I went in there. I think the place will do well -- but will it become as established as Ben's Chili Bowl? 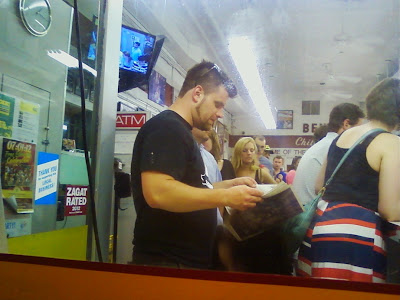 A crowd of young people wait in line at Ben's Chili Bowl, a Washington, D.C. institution since 1958 (surviving the MLK riots of 1968 that destroyed so much of the city's inner core for decades to come) as seen at 1:15AM, July 1, 2012.
I live about three blocks from Ben's Chili Bowl, and I walk past it to and from Nellie's (hence the above picture). Alas, I'm not a big fan of chili, esp. the hot and spicy kind that looks like roof tar. I've only been to Ben's once in all my years in and around the D.C. area.
#######


Anyway, after leaving Nellie's, I briefly went to the third floor rooftop deck of The Brixton It is about 10 feet higher than Nellie's rooftop deck, but it faces south and has an expansive view. You can see the top of the Washington Monument poking up about 2 miles away and a whole array of crane towers due south toward downtown. There is also a clear view down Florida Avenue, which runs off to the east-southeast from the 9th and U Street intersections. 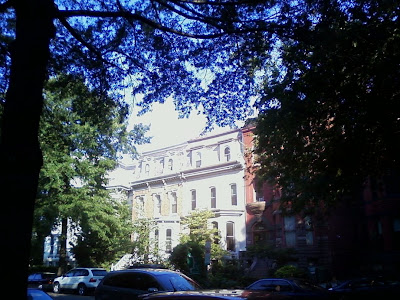 
The two remaining parts of that intersection at the end of the U Street Corridor -- I refer to the hulking, decrepit structure of the D.C. Housing Finance Agency (HFA) building and the sprawling, semi-vacant lot where a weekend flea market occurs -- are primed for massive gentrification, esp. the latter. 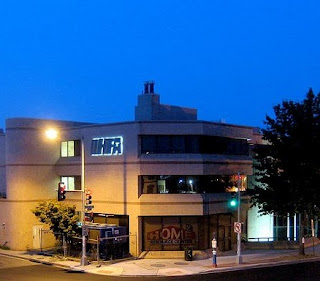 This is a picture of the D.C. HFA taken in Aug. 2007, source here. This is the view from upstairs at Nellie's. The "II" of the exterior sign ("IIHFA") is apparently decorative.


On Sunday at Nellie's, a number of young, muscular gay guys -- the weekend regulars -- and some of the staff went over to The Brixton rooftop deck out of curiosity (as did I), to get its perspective of Nellie's. 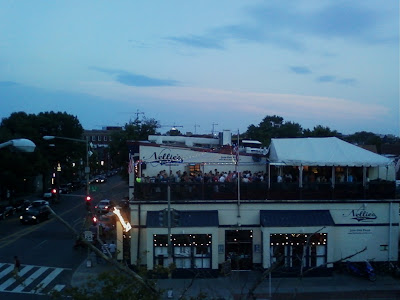 
What I'm wondering is whether The Brixton management will welcome all the gay guys queerin' up the place coming over to drink (as is bound to happen), especially in the summer months in their summer weather gear (muscle shirts, cargo shorts, and sandals). They'll be going onto its rooftop deck, blowing air kisses while doing little Wonder Woman twirls for their friends on the Nellie's roof deck.
I think it will be fine -- gay guys look pretty, don't cause any real trouble, and more importantly, spend a lot of money and tip well. (I got in with no trouble after being asked by the security guy, "Are you 21?" to which I replied, "I'm two times that." And my appearance even in the dim interior of the place confirmed it.) 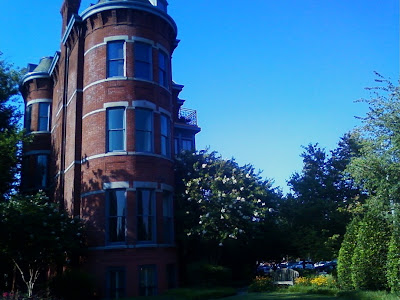 
OK, that's all for now. I will try to post an entry on Wednesday (July 4th). I'm going to be disappointed in myself if I don't post that weather-related entry I planned.
--Regulus
Posted by Regulus at 12:46 AM