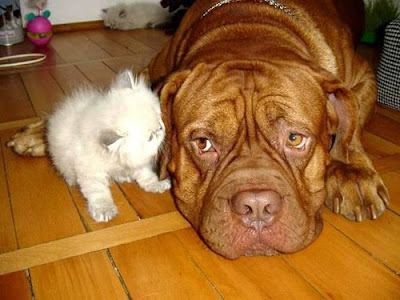 Cat whisperer??
My intention was to post a new entry tomorrow night (Tuesday night, which actually means posting it after midnight on Wednesday). However, I have tentative plans tomorrow and so a new entry will have to wait. I can't post one tonight as it is already 1130PM and I am just starting to write one, which is much too late.
Therefore, just bear with me as I instead post a few YouTube clips of long-ago musical pieces that I like...
Glenn Miller and his orchestra performing Perfidia.
To you my heart cries out, Perfidia,
For I found you, the love of my life, in somebody else's arms.
Your eyes are echoing perfidia,
Forgetful of our promise of love, you're sharing another's charms... 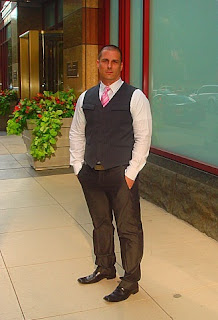 With a sad lament my dreams have faded like a broken melody,
While the gods of love look down and laugh at what romantic fools we mortals be...

And now I know my love was not for you,
And so I take it back with a sigh, perfidious one,
Goodbye...
Goodbye...


The Sukiyaki song --as it was sung around the time of its 1961 debut on a Japanese TV show.

That's Kyu Sakamoto singing it -- he died in the Aug. 12, 1985 crash of Japan Airlines Flight 123, which to this day remains the deadliest single aircraft crash ever (520 killed of the 524 on board). The song is more properly translated "Ue o Muite Arukō" ("I will walk looking up") but it was given the name Sukiyaki -- a Japanese grilled meat and vegetable dish -- for its British and American debut because it was thought that sounded more "Japanese" to English speakers.
#######


The forecast has heavy rainfall in it as a frontal system with abundant GulfMex moisture crosses the Eastern Seaboard. This is good since the summer will likely be beastly hot and humid and yet dry. 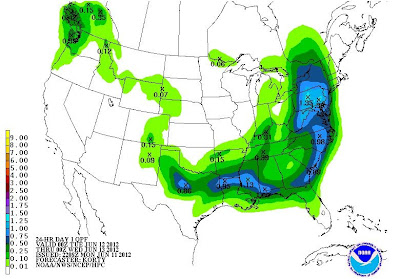 
OK, that's all for now. I will probably post an update until Wednesday night.
--Regulus
Posted by Regulus at 12:28 AM