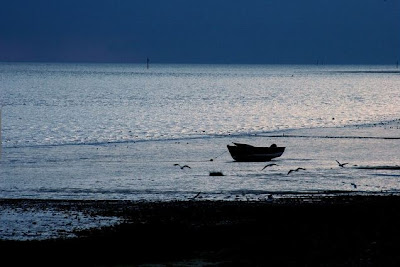 Ebb tide  and a stranded small dinghy-like boat on an expanse of wet beach in Lytham St. Annes, Lancashire, at the edge of the Irish Sea. Source image here.
#######


Here is my promised Tuesday night update. Alas, it is going to be short entry. I'm totally home tonight -- for the first time since Thursday. Last night, I had a very nice dinner with Wendy, Kritsof, and J's mom (visiting from the Chicagoland area) at Floriana's, where J. works part time.
The weather was hot, humid, and shitty day with highs around 88F and dew points climbing through the 60sF to 70F by evening, and it is going to be worse tomorrow and Thursday (reaching 98F to 99F, respectively) and heat indices approaching as high as 104F in down-shittytown D.C.

NWS forecast panel icons for the 2miles NNW grid point Washington, D.C., June 19 - 23, 2012.
However, WOODY and the LWX crew will be hyper-legalistic and not issue any excessive heat warnings (rather, only heat advisories) because this or that impossible-to-reach criteria wasn't met. They're impressed with their rule, though.
We really need rain but none is forthcoming. More importantly, I need to get the flip out of D.C. in a big, huge way -- but my Jersey shore trip is just over two months away. My Florida one -- yeah, Florida in August, how great is that? - is about a month away, but that's to see my dad in Flagler Beach.
Earlier today, I had to get up early and move everything out of my closet so the wire mesh shelving could be reset / made firmer, which it was.
Oh, yes, I trashed the two overstuffed binders containing all the JustBullShit blog entries written by Mr. Sirius between 2005 and 2008 that I had printed out and collected years ago. The blog disappeared -- after briefly, bizarrely, and likely intentionally being turned into an X-rated site -- years ago. 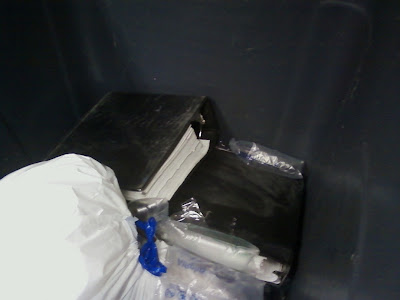 Here are the folders in in the basement of my building earlier this evening in a trash bin. I put them in a trash bin because that's where rubbish and garbage belong, including endless, vapid, egomaniacal, and pointless written maunderings.
CORRECTION (8:52AM 6/20/2012): It was his BitchinFool blog that was deleted in this manner. He hid his JustBullShit blog behind a password log-in wall in late 2010 and now its readership consists of only whatever idiots and sycophants he invites who will worship him.
#######


The Mantovani Orchestra performing an instrumental version of the 1953 song Ebb Tide.
#######


I think that's all for tonight. I may try for a better entry tomorrow night. As it is, I've been blogging too much and I am considering doing this only twice a week. It's too much effort for basically nothing. 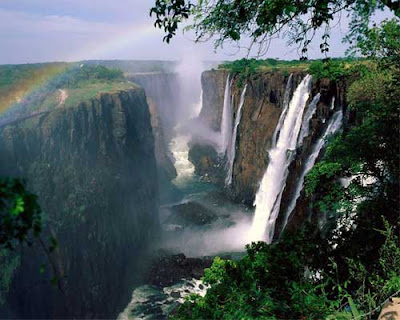