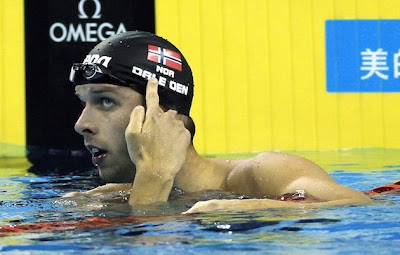 Norway's late son Alexander Dale Oen at the 2011 World Championships in Shanghai after he won the gold medal in the long course 100-metre breaststroke with the time 58.71 seconds, just shy of the 2009 record held by Brenton Scott Rickard (58.58seconds).
#######


It is necessary to note the passing of a incredibly gifted young man at the far, far too young age of 26 ... 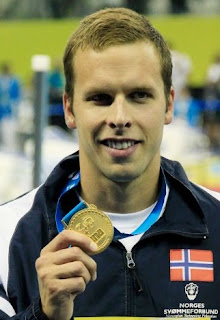 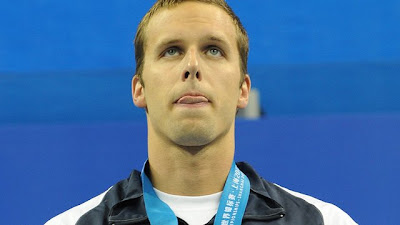 "We are all in shock, this is an out-of-body experience for the whole team over here. Our thoughts go out to his family who have lost Alexander too early. Words cannot describe the grief they must feel ... For us here in Flagstaff it is important now that we stand together and take care of each other. It is an unreal situation and we have some tough days ahead." -- Norwegian Swimming Federation teach coach Petter Loevberg.
#######

And here is his personal website (still not updated as of this posting). 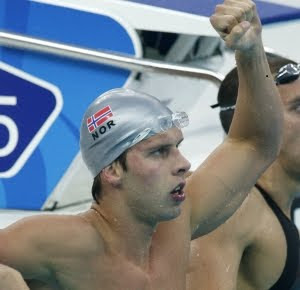 On a personal note, I find it just outright weird and jarring to see someone's birth and death dates encompassed  within (inside of) my own life span. In this case, Alexander Dale Oen was born May 21, 1985 and died April 30, 2012.

OK, my next planned update is tomorrow.