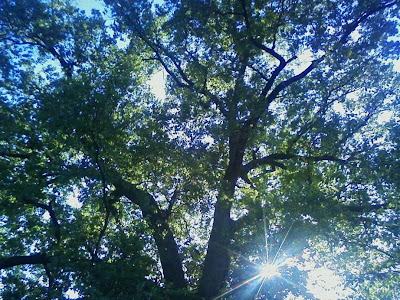 A towering oak tree in the little memorial park next to St. Sophia Greek Orthodox Cathedral in upper Northwest Washington, D.C. The memorial is to Bishop Aimilianos Laloussis, who was associated with the cathedral for many years.
I went with K. to the annual Greek Festival on the cathedral grounds on Sunday. We had a very nice time.
#######


This is my second entry tonight -- since I separated out the weather portion into an earlier posting. However, I will probably wait until after midnight to post this one so it will have a different date.
In addition, I am only posting the pictures I took on Sunday. The geographic trivia part (on the "exclave" of McKissick's Island, Nebraska) and the ruminations on "Wall-P Goes to Key West" will have to wait until my planned Wednesday night / early Thursday entry. And the Mr. Sirius blog entry necessarily should wait until Friday. 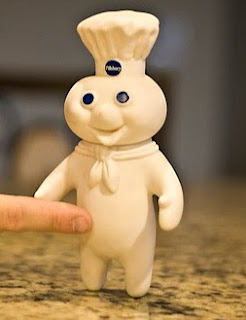 I also want to note here that I am rather tired and not feeling that well. In particular, I think I may be developing a hernia of some sort in my lower abdomen. My paternal grandfather suffered from them. Thus, I am Pillsbury Doughboy pudgy, flabby, and pasty. And miserable. So no "Tee-Hee."


It's wonderful being 42 and living and urban apartment / cubicle existence. This is why I wear baggy clothing.
The hernia thing could be a real problem if that's what it is. 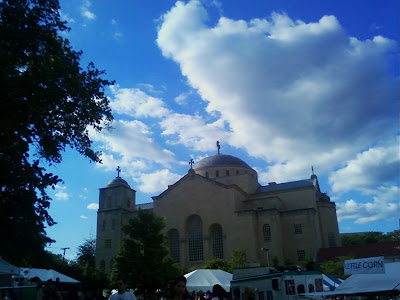 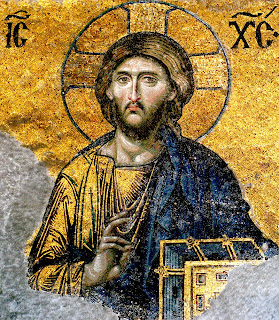 Adding to the majesty of "Hagia Sophia" -- the very name conjurs up the grandeur of Constantinople in its pre-Islamic days and the powerful mosaics including that of the deësis mosaic of Christ Pantocrator Himself -- is a kettle corn sign.


Below are some additional photos from this week's Greek Festival in D.C., as well as from the grounds of the nearby National Cathedral. (I didn't take any of the National Cathedral itself since the top towers are still wrapped in scaffolding as part of earthquake damage repair efforts.) 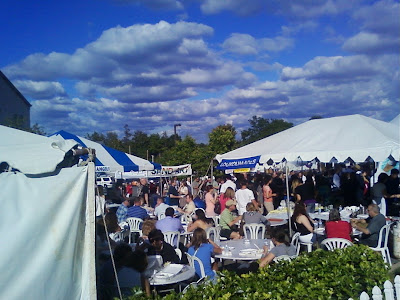 Looking out across the Greek Festival at St. Sophia Cathedral on an especially lovely day, Washington, D.C., 5:29PM, May 20, 2012.
The clouds were rolling in from the east southeast off the distant Atlantic Ocean.
####### 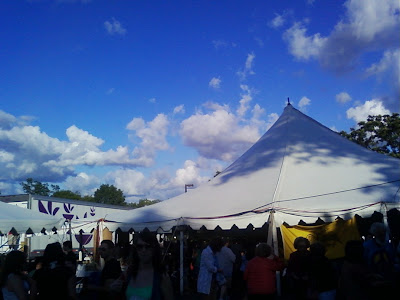 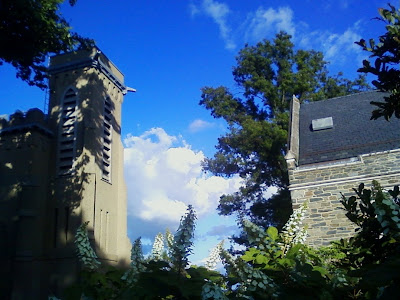 The church house adjoining the Washington National Cathedral set in springtime fecundity underneath clean, deep blue skies of an east-southeasterly flow off the distant Atlantic Ocean, 6:34PM, May 20, 2012.
####### 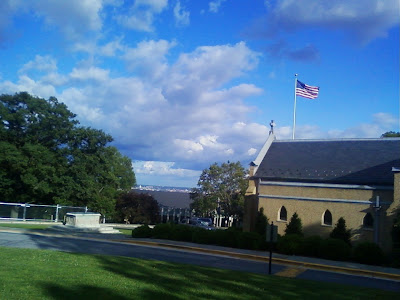 
Oh, yes, I purchased a new plush hippo from a yardsale occurring next door -- and this one is a musical one in that you pull a little soft cord and music plays. I think I'll call him Wally. I walked the 2-1/2 miles or so home with him. He joins my other pod / bloat of plush hippos.
OK, that's all for now. As noted, I plan to post the additional topics in my next two entries.
--Regulus
Posted by Regulus at 12:45 AM