Under the April Umbrella Sky -OR- How Crazy Am I? 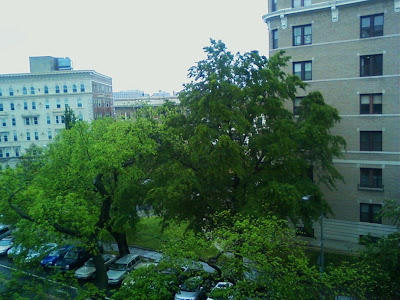 
I don't even know where to start with this entry. The past 3 days have been very rough overall with a lot of bad stuff*, much of it my fault because I am, well, let's face it, somewhat mentally ill. But in the end -- as of this late Monday night (I'll post this entry just after midnight Tuesday) -- it all turned out well if only because life often has a way of doing that AND because I have a rather forgiving group of friends, Kristof in particular. Kristof, by the way, is going to his native Gdansk, Poland tomorrow for a week to visit his mom.
Jamie helped me (re)realize that. 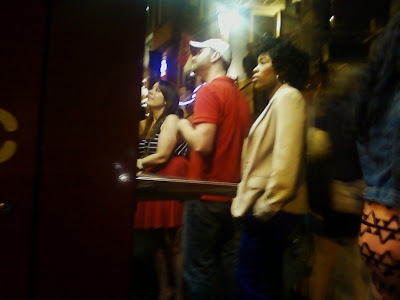 A line of late night revelers after the bars and clubs closed at one of the many take-out food places along the U Street Corridor, Washington, D.C., 3:04AM, April 21, 2012. I was walking back from Nellies. I don't even remember taking the  picture.
####### 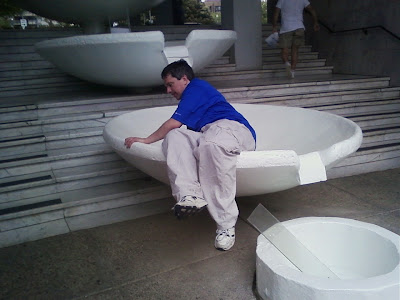 
*The one notable exception was spending the afternoon / evening with Quill on Saturday including an outdoor meal at James Hoban by Dupont Circle and going to the Rivers at the Watergate as the rain started while the weekend piano player (Gary) was playing. In addition, a young man played wonderfully and his girlfriend or fiance sang a lovely little song. 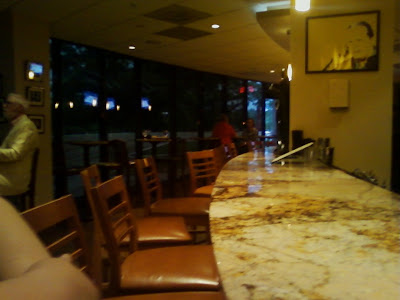 The rest of Saturday night was dreadful, as was last night, but I don't want to talk about it.


I actually went back to Larry's Lounge tonight -- I'd rather not talk about last night -- and met Kristof and watched downstairs what is probably my favorite episode of The Golden Girls (remember it is Monday night so We TV shows a whole evening marathon of them). It's the one "Bringing up Baby." 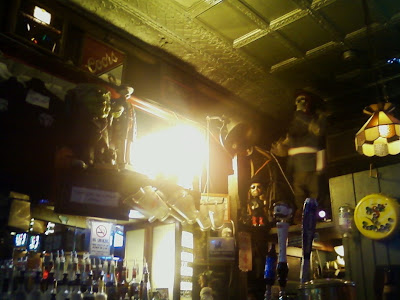 
Anyway, it is too late for me to post a lengthy entry. I'm home at this 11 o'clock hour watching reruns of The Golden Girls on We TV, Everybody Loves Raymond on TV Land, and Frasier on Hallmark. 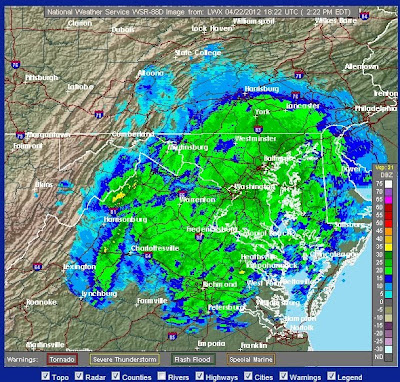 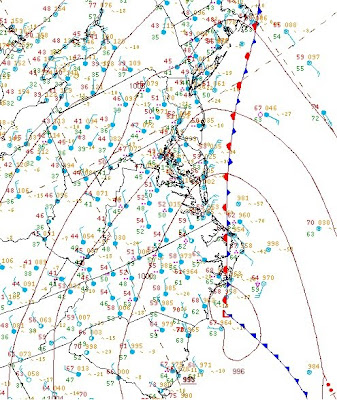 The coastal storm indeed arrived and dropped about 1.5" of BADLY NEEDED rainfall across the D.C. / Baltimore area and 1 to 3 inches along the East Coast.


The three day totals through 5PM were 1.51" at DCA, 1.40" at BWI, and 1.20" at IAD with little if any additional measurable rainfall thereafter. There was also snow in the trace to 3" range in the Potomac highlands and Blue Ridge, and 2 to 8 inches in the Alleghenies with apparently 23.2" at Laurel Summit in Somerset County. Here are the storm totals (this link will soon expire / be replaced).
Central Park/NYC's storm total through 11PM was 2.89" and Boston Logan was 2.52" while Atlantic City had 1.96" through 5PM. 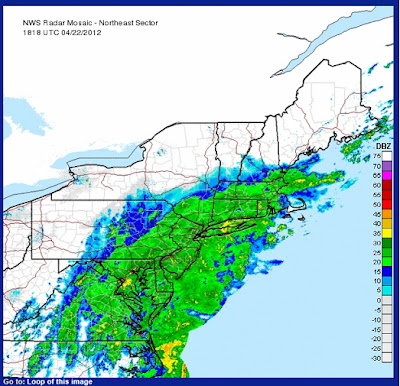 
Today was also a gusty, chilly day with mostly cloudy skies and intermittent squally rainshowers. Highs were 50F at DCA, 48F at BWI, and 47F at IAD. It was a splendid sort of spring day of the sort we seldom get -- as opposed to the usual 15F above normal and sunny conditions.
Anyway, I really need to go to bed now. I wil try to update this blog tomorrow (Tuesday night / i.e., posted just after midnight Wednesday).
UPDATED 11:20PM 4/24/2012: Well, I was going to post a new entry tonight but just didn't get around to it. I will try tomorrow night (i.e, in time for Thursday). G'night.
--Regulus
Posted by Regulus at 12:37 AM