Brief Weekend Recap -OR- "Love (and Tree Pollen) is All Around ..." 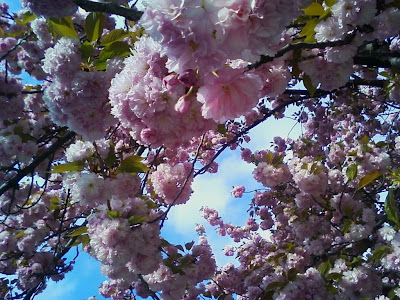 This is a super-quick update in the late hours of Sunday -- or rather, now Monday morning. 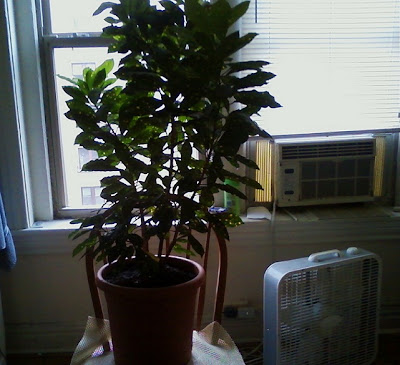 
My weekend was OK and featured Friday and Saturday night jaunts to Nellie's; Saturday daytime doing laundry, voting early at Judiciary Square (ahead of the Tuesday scheduled primary), re-potting my gold dust croton plant ("Crotey") in a much bigger pot (with commensurate amounts of new potting soil); and on Sunday night trip to Larry's Lounge to meet Kristof and Gary. On Sunday during the day, I did a bit of work from home AND I watched a Mary Tyler Moore Show marathon ("Mary-thon"?) on Hallmark Channel. 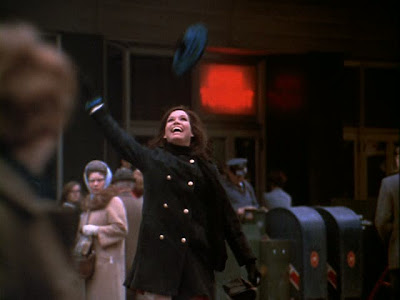 The culturally iconic Tam o'Shanter toss on Nicollet Mall in the opening scene of The Mary Tyler Moore Show (and that's Hazel Frederick in the head scarf looking on).
I met "MTM" in 1995 at the old Dupont Supercrown (now Books-A-Million) when she was touring for her book After All, which I bought and she autographed. 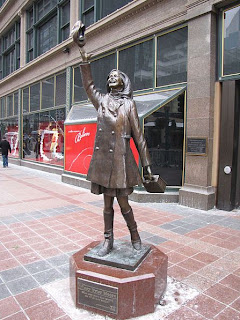 I asked her what happened to the blue Tam o'Shanter she tossed into the air while running around on that cold, overcast day in (I believe) late 1969. (I was but a newborn) on Nicollet Mall in Minneapolis. There is a statue on the spot now (see image at left).

She said she had it for years but it was stolen.


Anyway, looking ahead to my week, I am a bit apprehensive about it, but I am not going to get into that now. 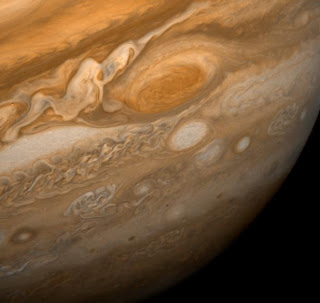 I'm also chagrined that the residual of that damn red spot on my nose still is (at least to me) quite noticeable, which I've likened to Jupiter's Great Red Spot.


I had it removed a year ago but a shadow of it remains -- a scar that essentially looks like what was there previously, except it's a kind of scar instead of the actual fibrous papule (or perhaps a disgusting wart).
The redness of it sort of waxes and wanes -- sometimes it almost appears to vanish and other times (such as tonight and whenever I am extra pale) it looks like a red bull's eye marker, and I dab powder or other make-up on it to conceal it. 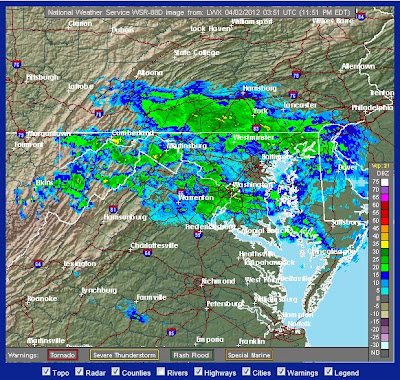 The Sterling (LWX) NWS radar in base mode reflectivity, 11:51PM, April 1, 2012.
The good news is that it is raining right now -- we are potentially heading into a drought-plagued, overheated summer with a precipitation deficit already increasing. This is a particularly bad part of the year for dryness since it is when you want a hydrological and vegetative cycle that has abundant water heading into summer. Looking ahead, though, it appears as though there will be a continuation of a dry pattern, although March's record heat will be replaced by more seasonable weather. 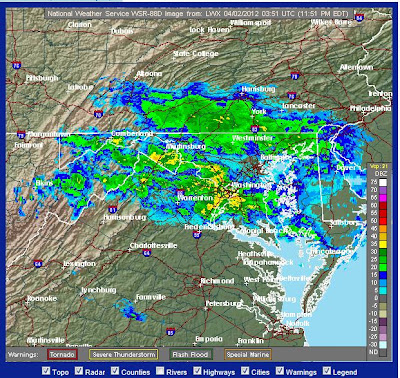 Here is the same Sterling (LWX) NWS radar at the same time except in composite mode.
####### 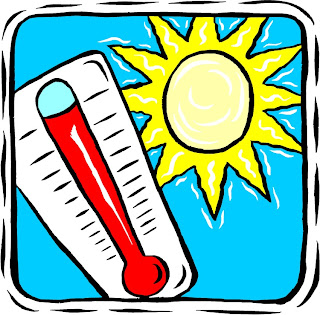 Speaking of March heat, it was officially in Washington, D.C. -- that is, DCA -- the warmest one on record. Preliminarily, March ended +10.0F above normal at 56.8F, surpassing the 1945 record. IAD also had a record warm March.


However, there has been no word from the National Weather Service (Sterling /LWX) on this. I will write more about this in my next entry.

As for the Capital Weather Gang (which I rarely read) there was just some stupid April Fool's joke entry about an impending "bigger than the 1993 Superstorm" that, in turn, followed an outright poorly written bogus one about snow Monday morning (but which I now cannot find).

Oh, yes, the tree pollen has been absolutely stratospheric the past few days, so much so that my Claritin is having a hard time keeping up. The record March warmth greatly accelerated the blooming cycle, esp. certain trees such as the oaks.


UPDATED 12:01AM 4/3/2012: I had intended to post a new full entry tonight but could not finish it. I plan to post a new entry either tomorrow or Wednesday night (I may or may not have plans tomorrow night).  I got a haircut today -- the young lady B. at the Hair Cuttery here in D.C. who cuts my hair -- did a wonderful job, although it took 3 shampoos, including a special one, called Redken Pre Art, to get out all the pomade wax I had been using. I have her a $15 tip. (Yes, I shampoo and condition my hair daily but that wasn't fully removing the stuff.) 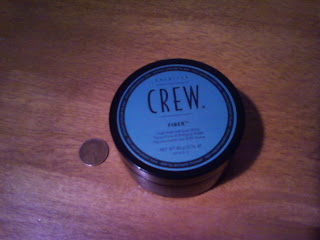 I bought at her suggestion another product called American Crew Fiber, a molding creme (cream?). Here is a picture of the stuff -- along with a 1918 penny I got as change today at L'Enfant Plaza. Oh, yes,  and I threw out the Murray's.