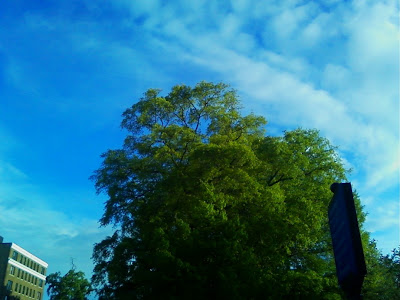 
This is just a short mid-week blog update, and I do mean short, although I may try to post of the links / excerpts that I intended to post in my previous entry. So far my week has been OK, although that firewall is soon to be installed on my work computer / laptop, which also functions as my home computer about five nights a week (as I tote it home). I'm not sure if this is going to alter my access to Blogger or StatCounter.


I was able to avoid getting it installed today -- one of the IT people said he would install it personally for me with the understanding that these sites would not be blocked* -- but I don't want to be a hold out for too long.
*It isn't clear that they will be in any event, but I want to be prepared. 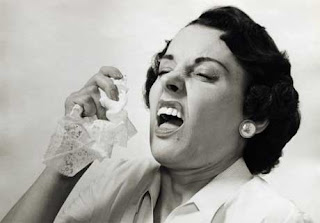 More of note, I continue to suffer from tremendous allergies with a persistent sinus headache. I am beginning to think I may have a cold outright, except I don't feel flu-like fatigued. The cloudy headachy feeling and post-nasal drip is bad, esp. at night and in the morning. In fact, the latter is kind of gross. 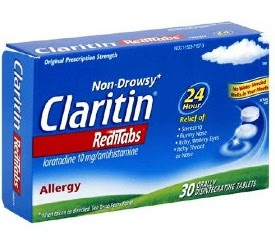 The Claritin does not appear to be helping and instead last night I took some Thera-Flu. As it is, my 30-pack of the stuff is running out. I'm not sure what to use in a season this bad for pollen and allergies. I also have to use eyedrops (Visine) a fair amount. I hate itchy eyes.


I really wish it would rain to wash the pollen out of the air but there is none forthcoming. There was one brief burst of rain / sleet / graupel today as a wave of instability showers pushed SSE across the immediate D.C. area -- DCA actually got 0.01" -- in association with that sprawling, stalled upper level low that actually retrograded SSW over New England to about 100 miles south of Martha's Vineyard with the surface reflection a bit farther east. Lapse rates were very steep so it was quite cold aloft. 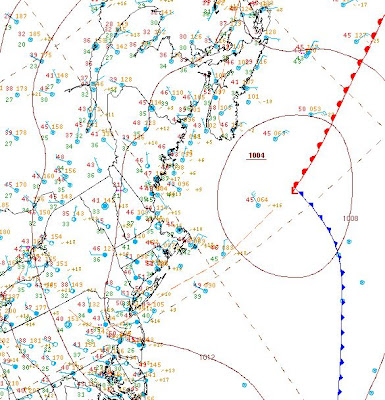 
It was actually blustery chilly at points with highs BELOW normal at 56F at DCA, 55F at BWI (with Trace precip), and 53F at IAD (with Trace precip).
The upper low -- recently "reloaded" by a series of shortwaves -- will finally be lifting out by the weekend and replaced by ANOTHER big warm up with highs near 85F by Monday (at least 15F above normal, again). There MAY be some showers and t-storms MAYBE by the middle of next week. But the abnormally dry weather shows no sign of ending. 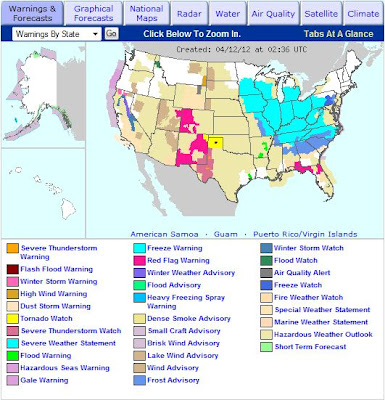 Here is the NWS map of the United States showing advisories in effect as of 0236UTC (10:36PM EDT) 12 April (April 11), 2012. Huge swaths of the Ohio and Mississippi River valleys into the Appalachians are under freeze warnings and frost advisories (if only because the growing season started so early because of the March heat).
Of note, the "Brisk Wind Advisory" refers to a small craft advisory (i.e., the wind speed and wave height criteria for which vary by location, but it is for sub-gale conditions) issued by the National Weather Service for ice-covered waters. Hence, it applies mostly in Alaska.
#######

As for the developing regional drought ... 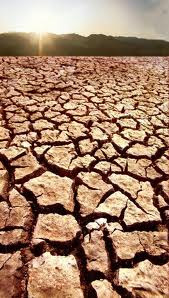 In the (unlikely) event that NO ADDITIONAL precip. falls this month, it still wouldn't be the driest April at DCA because the current monthly total of 0.16" still beats the 0.03" record dry for April 1985. 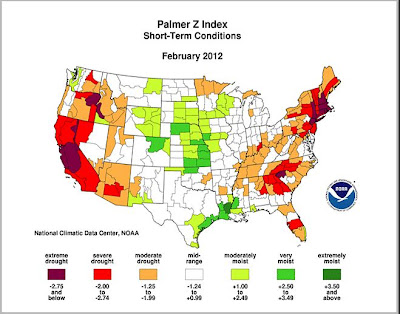 Here is the Palmer Z Index Short Term Drought Conditions map as of Feb. 2012. It was impossible to stop this animated image with Explorer so I had to use Chrome. The March 2012 map is not yet out. Maps are linked from this page.
#######


OK, that's all. Once again, it is simply too late and I'm too tired for an extensive entry. 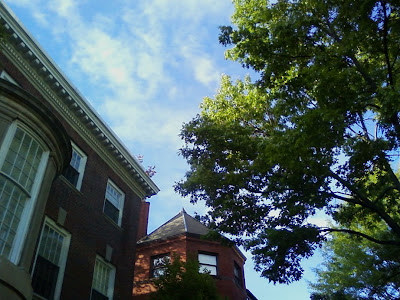 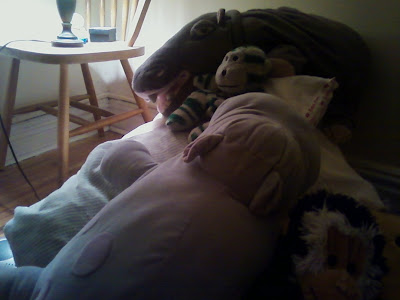 
Oh, yes, I bought a grand total -- including returns / exchanges -- of $336.53 worth of clothing yesterday and today at the Metro Center Macy's including three new pairs of pants, three new dress shirts, two packs of (XL) boxer briefs (four and two), and a four-pack of t-shirts. I get everything in large / baggy size because it is more comfortable and in case I put on any more weight. 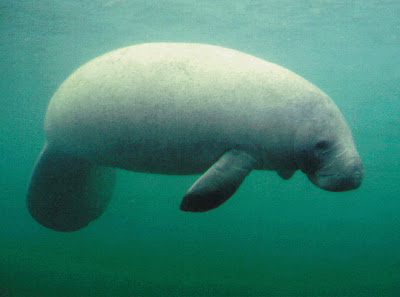 Here I am in the bathtub. Or on the Florida Atlantic seashore.
#######


My next planned update will be on Saturday (firewalls permitting).
--Regulus
Posted by Regulus at 11:43 PM