Phantom of the Gay Town 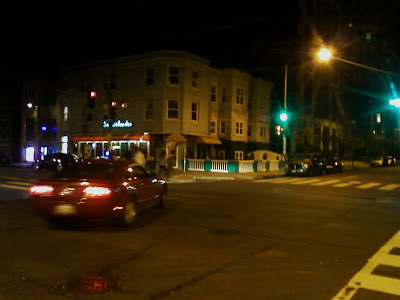 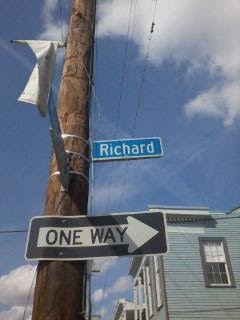 Sign for Richard Street, New Orleans, La., March 17, 2012 as sent to me by Gary earlier Saturday.

This is just a wee hours late update -- on a now cool and lightly foggy night courtesy the Atlantic Ocean after yet another obscenely warm March day. I went to Town tonight (Nellie's being too crowded). It too was mobbed and had a bit of an old Nation vibe.


After mostly a horrible time stuck in my own head, I ended up seeing Jon C., and having a delightful conversation with him. He was my friend from Cobalt during the 2007 - 2009 period, BEFORE the 17th Street D.C. Gay Mafia ruined everything.
Speaking of things at night, this has been stuck in my head ...

This is, IMHO, the best version of Phantom of the Opera -- even if the video quality isn't so good -- featuring Michael Crawford and Sarah Brightman singing Music of the Night in the original late 1980s production at Royal Albert Hall in London (even if Ms. Brightman looks a bit wacky). 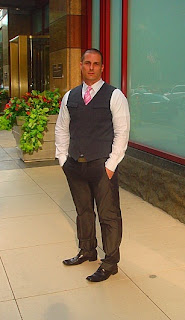 "Slowly, gently, night unfurls its splendour.
Grasp it, sense it - tremulous and tender."

"Hearing is believing,
Music is deceiving,
Hard as lightning, soft as candlelight ...
Dare you trust the music of the night ...?"

"Softly, deftly, music shall caress you.
Hear it, feel it, secretly possess you.

"Open up your mind,
Let your fantasies unwind,
In this darkness which you know you cannot fight ...
The darkness of the music of the night..."

Anyway, I need to go to bed now and so there is no big update ... I am, however, halfway finished a big blog update that I would like to post tomorrow. It includes discussion of our dreadfully March overheated weather and Wall-P's Goldman Sachs and Dow Jones values, plus my dislike of, well, everything. 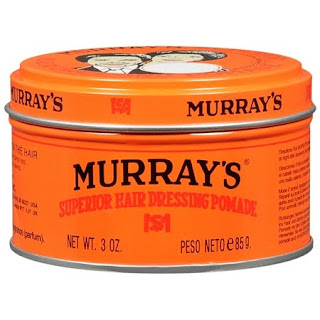 In addition, I would like to mention that -- while my hair is on the longer and incredibly thick and bushy side (a "Eurfro"?) -- I have started using a pomade that is geared toward African Americans, Murray's Pomade.


This pomade seems to work better when my hair is longer as it is now. The frickin' "CHI" I have been using is simply not working at this point.
Just sayin' ...


Oh, yes, there was a double police presence on U Street tonight between 9th and 10th Streets NW -- both a minor-to-medium accident and some (larger) event that was attracting the attention of young Ethiopians in a car, one of whom was screaming "JUSTICE!" toward cop cruisers. I'm not sure what that was about, nor do I want to know. 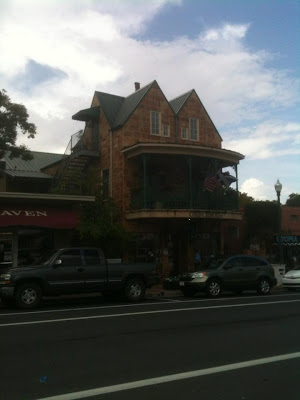 OK, I shall try to post my half-way complete entry from this past Saturday on my blog this Sunday, but don't be shocked if I don't post an update until Monday night.