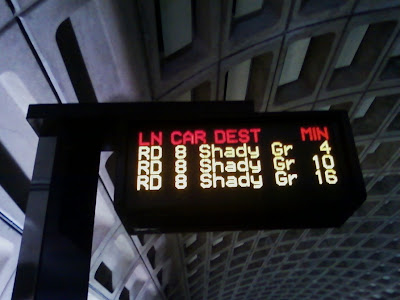 
I plan to have a full entry posted tomorrow (or Sunday at the latest). It is Friday night and this is just an interim entry -- although I realize that my interim entries often ending up being full-blown ones that go on and on (not that anyone really reads them). 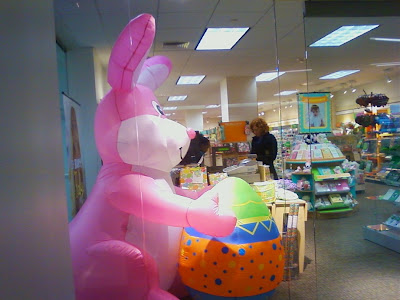 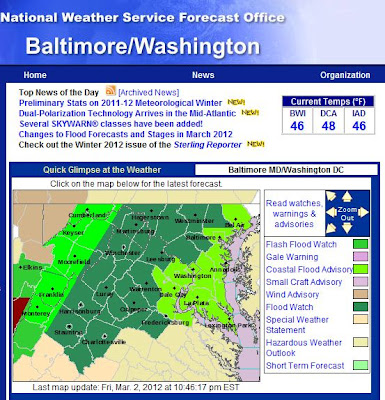 The LWX (Sterling) webpage showing county warning area (CWA) advisories as of 10:46PM, March 2, 2012. D.C. is under both a coastal flood advisory (owing to the tidal Potomac) and a flood watch but the way it shows up is only the most "serious" advisory.
#######


It is a drizzly - wet night following heavier rain earlier and possibly another bout later tonight. Indeed, there is actually a flood watch out until tomorrow morning since we had 1+ inch of rain the other day and apparently flood values this time of year are low.
It is also relatively mild for early March at night (45F). In my next entry, I will have a summary of the non-winter (climatological) winter in the Washington / Baltimore area, specifically, at our usual troika of DCA, BWI, and IAD. 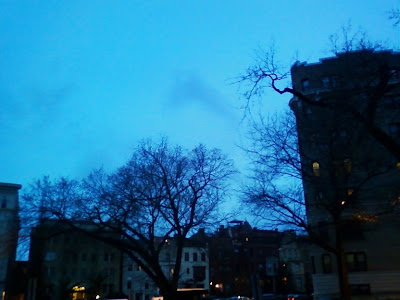 
Bottom line, it was a very warm and nearly snow-free winter, but you already knew that if you live around here. 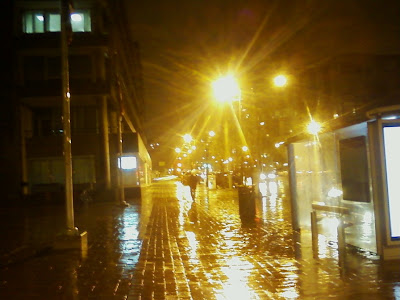 
In my next entry tomorrow, I also plan to discuss the following topics ...
*Observations on why the number of active friendships I have has fallen so much in the past year.
*When Mikey Visits, or rather, when he visited in Feb. 2011 on one day in particular just before I hid my Arcturus blog at the end of the whole ugly episode between the 17th Street gay mafia and me. (Yes, this title is a parody on the great 1972 thriller movie When Michael Calls with the shrieking telephone pleas ffrom the supposedly dead Michael- "AUNTIE MY HELEN!")
*Wall-P's take on the above-mentioned situation (which is one of the reasons I feel about Wall-P the way I do).
*On a related note, a Wall-P musical and Javanese love poem interlude ("Eh ...eh...eh...eh...").

*Any other random thoughts I think of at the time. 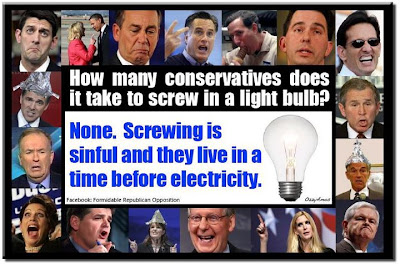 In the mean time, I would like to post a few thoughts on the latest Rush Limbaugh[1] controversy regarding his really ugly verbal assault to an audience of millions of his radio listeners[2] on Georgetown law student Sandra Fluke, 30, as a result of the controversy over her not being allowed to testify on contraception issues last month before the House Committee on Oversight and Government Reform chaired by the creepy and nasty plutocrat Rep. Darrell Issa and otherwise filled with only rightwing men blathering on about chimerical "religious persecution."
[1]: Or as Bartcop calls him, "the Vulgar, Lying Pigboy."
[2]: Or as Bartcop calls them, "ditto-monkeys." 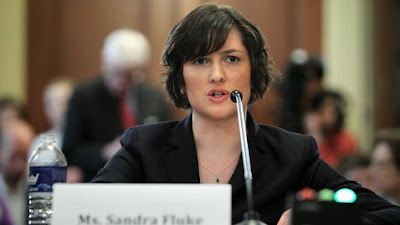 She was subsequently invited to testify before the House Democratic Steering and Policy Committee in a mock hearing on women's health (the GOP controls the House so it doesn't count as a real hearing). 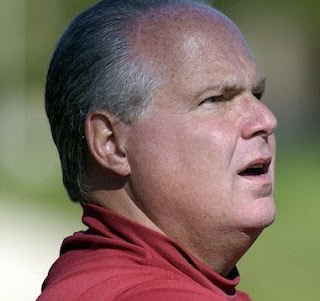 On his radio show the other day, Limbaugh called her a "slut" and a "prostitute", and in the wake of the controversy, only doubled down today while portraying himself as the victim. Needless to say, he flat out lied about what Fluke actually said.

You may read what she said here. 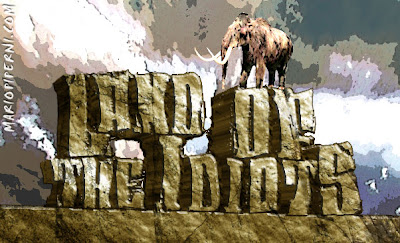 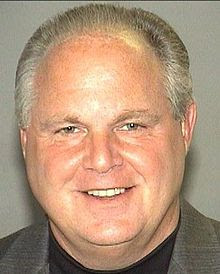 More generally, you may read more about the whole issue here and also (for the advertiser issue) here and the wussy responses of so many GOP politicians terrified of crossing Limbaugh's army of ditto-monkeys, except for Scott Brown, who is from a very blue state. As you may know, Obama telephoned Fluke earlier today to offer her his support.


This particular version of Culture Wars stuff -- on the topic of basic contraception, as opposed to gay marriage -- arose for a complex set of reasons, but why the Republican political leadership went so full bore into it in an election year is baffling to me, given how politically toxic it is for them. 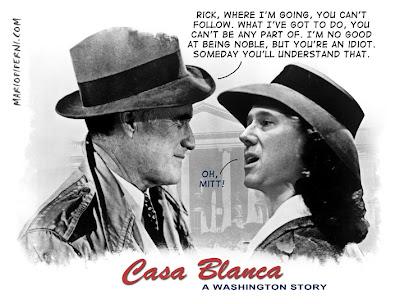 It started because of the vulgar overt politicking of the U.S. Conference of Catholic Bishops last month that prompted Obama to change a health insurance policy reform. It then spilled over into the Republican primary freak show because of Rick Santorum's ultra-reactionary cultural views on everything. It culminated in the Blunt amendment vote that was defeated.
Yet to have this particular version of Culture Wars in an election year seems very odd to me, but there it is. 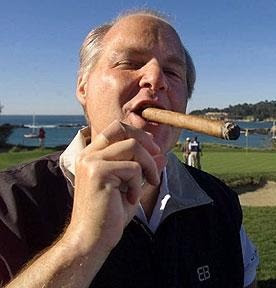 Secondly, Rush Limbaugh, he is first and foremost (like Ann Coulter and other rightwing media impresarios) an entertainer with a megalomaniacal sense of self and a general sociopathic mindset. As such, it is impossible for him to be "ashamed" or "feel remorse" -- and to have it coming from "the Left" will only cause him to erupt even more, which is exactly what is happening. 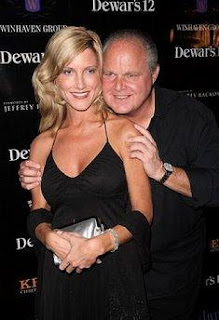 Thirdly, the four-times-married, bisexual and/or closeted Limbaugh has well-known DEEP psychological problems with women, so it is no surprise that he keeps calling Fluke these insults of such a highly sexual nature, nor that he keeps obsessing on how much sex she allegedly has had and wanting -- demanding -- to see videos of this.

In short, Rush feels better when he's hopped up on Oxycontin and surrounded by "his boys" on a trip to the Dominican Republic or wherever...


Fourthly, too bad Andrew Breitbart wasn't around to add to the rhetorical violence.
Lastly, and most importantly, even though I know it intellectually, it is always shocking to me the extent to which the present-day Republican Party has become a sort of weird media personality-driven cult with a worldview impervious to facts and driven by Limbaugh and others. 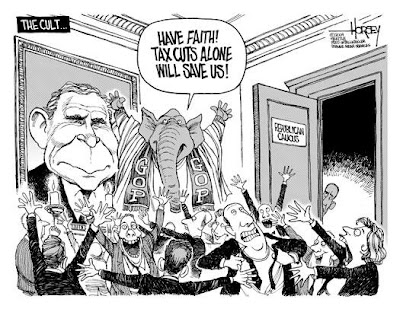 Again, it is important to repeat: the present-day U.S. Republican Party is less a functioning and coherent political party  and more a kind of bizarre cult with concomitant crazy insular reality. True, it helps the corporate oligarchical overclass -- although, truth to tell, so does the Robert Rubin wing of the Democratic Party. But the party itself has lost its mind. Paul Krugman has written about this here on Feb. 13, 2012. 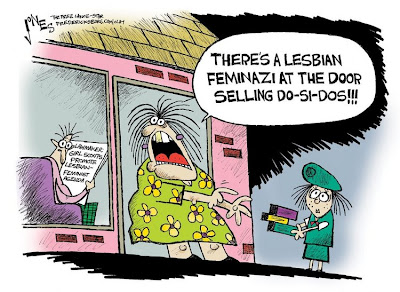 And the extent to which any major political figure in the Republican establishment either has to be a liar or Michele Bachmann-type bat-shit crazy. It is both due to the nature of the media age in which we live and, as I see it from a really broad societal perspective, ironically, as a result of the general collapse of any sense of shared purpose and values of the American people. 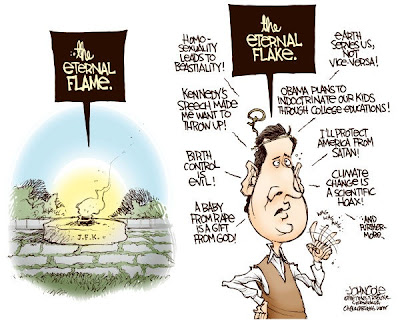 In short, America never has a country defined by the typical things that make a national entity (common ethnicity and culture) and the central notions that have always defined it -- "freedom" and "pursuit of happiness" -- is the antithesis of having a coherent whole. There was a period of time from about 1932 to the late 1960s when that coherency existed on matters economic and political. But it was completely shattered -- and the Reagan Revolution initiated a process that has lead to the country's complete cultural confusion and psychological strife.
Krugman's view on the matter from the Feb. 13, 2012 column linked above is more narrowly defined with the GOP itself and worth quoting in full: 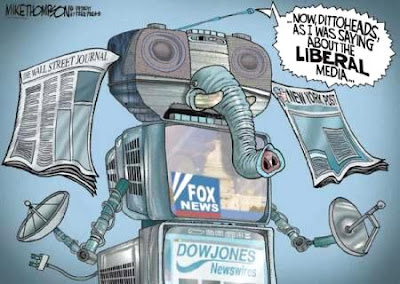 "How did American conservatism end up so detached from, indeed at odds with, facts and rationality? For it was not always thus. After all, that health reform Mr. Romney wants us to forget followed a blueprint originally laid out at the Heritage Foundation! 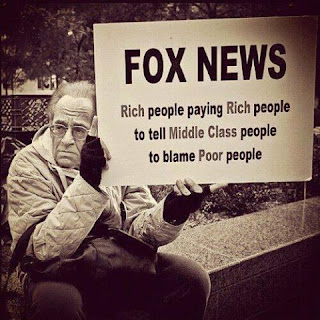 "My short answer is that the long-running con game of economic conservatives and the wealthy supporters they serve finally went bad. For decades the G.O.P. has won elections by appealing to social and racial divisions, only to turn after each victory to deregulation and tax cuts for the wealthy -- a process that reached its epitome when George W. Bush won re-election by posing as America's defender against gay married terrorists, then announced that he had a mandate to privatize Social Security. 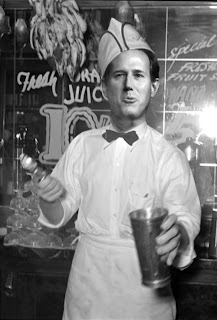 "Over time, however, this strategy created a base that really believed in all the hokum -- and now the party elite has lost control.

"The point is that today's dismal G.O.P. field -- is there anyone who doesn't consider it dismal? -- is no accident. Economic conservatives played a cynical game, and now they're facing the blowback, a party that suffers from 'severe' conservatism in the worst way. And the malady may take many years to cure."


I agree -- I'm not exactly sure how this situation gets turned around. 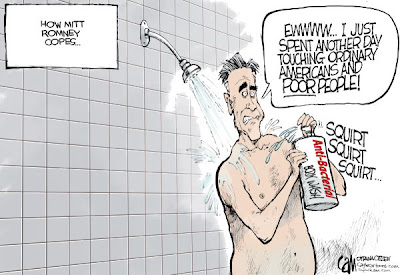 OK, that's all for now. Time for me to go to Nellie's and have four or five drinks.