OK, I know this is a crummy quality picture for a lead image, but the view and the story are important. 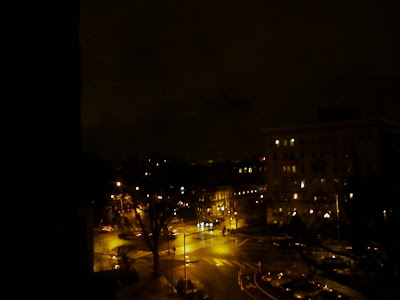 This is the nighttime view (from Tuesday evening, 7:56PM) from my 5th floor kitchen window here in Washington, D.C., (with the screen removed so that I may peer, but hopefully not fall, out of), looking onto the intersection of 16th and U Streets, with the "diagonal" of New Hampshire Avenue bisecting them.
Re. the weather, it was (is) a damp night but very mild (60F-ish) December evening with rain showers just ended. It is supposed to get much colder with heavy rain tomorrow followed perhaps by a bit of snow here in D.C., and 6"+ in the usual spots (Allegheny Front, Blue Ridge, etc.)
While I cannot see much from this vantage point, I can see the skyscrapers of the Rossyln section of Arlington about 2 to 3 miles away. IT is especially nice at night when they are all illuminated in various ways. I've always liked that view "into Virginia" from D.C. Actually, I've always liked the D.C. / Maryland / Virginia vistas. 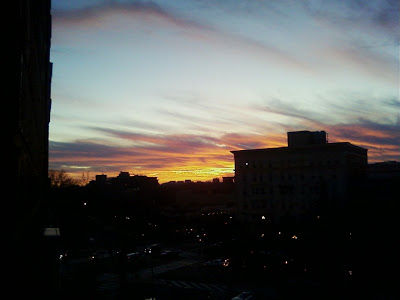 
Such views always make me melancholy, esp. at night, because of the memories they recall ... and here some you may want to tune out since it involves Mr. Sirius, and I know how much some of you hate that topic, except (1) those folks don't tend to read this blog, and (2) I don't care. 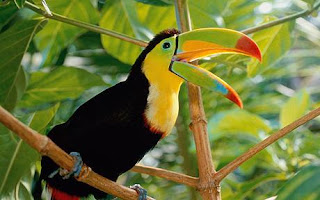 As for specific relevance, his ex-b.f., Toucan Sam, a.k.a, Mr. Good Valley works somewhere in that clutter of Rosslyn buildings.

In fact, I may be able to the very one since it is one of the higher towers.


But now every time I look out at it at night from my window, I send the question his way (into that jumble of illuminated buildings), "So [M], why did you break up with him?"
No, there is no reply. 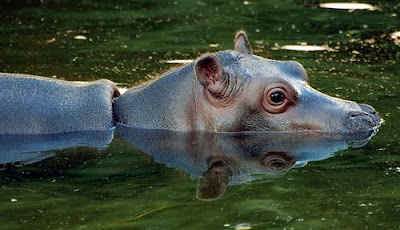 What say you, Great Oracle of Hippo-in-Water Beneath the African Sun??
We shall return to hippos before the close of this entry.


Speaking of Africa, Waka-Waka, I was listening to / watching this video today (and it's dedicated to you, Wendy) ...

BTW, the YouTube version of this video has had over 427 million hits as it was the official 2010 FIFA (World Cup) theme song / video. Now assuming this is even in part genuine views by actual human beings, and not some internet robot thing, ONLY non-American football (soccer) could generate that many hits from a truly global audience.
#######


Everybody May Love Raymond, But I Don't Love My Cable / Internet Bill
Anywho, I'm home watching funny reruns of Everybody Loves Raymond on TV Land. It is actually quite a funny show. I wish I was able to get that Antenna TV what with its endless wealth of wonderful old sitcoms from the 1970s and 1980s.

As it is, RCN has been charging me at $150 per month for cable and internet.


This is compared to Comcast's comparable service rate of $80 to $100 per month (based on what Gary and Kristof told me they pay). However,  I have heard negative things about the latter's customer service dealings and practices. (I had Comcast for a time in my earliest days in D.C. in 2001 but I don't really recall much about the experience.)
In any event, I called up RCN and got it reduced by $30 per month to $120 per month. I decided that this was just low enough not to be bothered with all the hassle of changing. 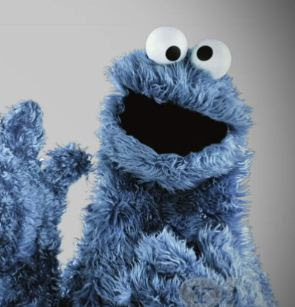 I've had RCN as my cable TV and (for shorter duration) internet provider for, lo, about 7 of the 10 years I've lived in D.C. -- back to when it was Starpower. In that time I've paid about $8,000 for its services. That's just grotesque. No wonder I'm broke.


It's all the more galling because I have such an old TV and really only watch at most about a dozen channels. 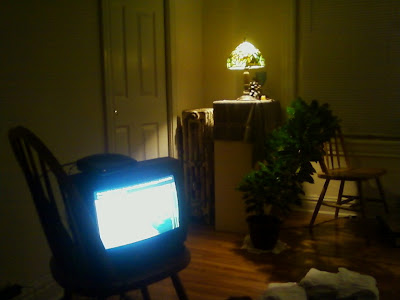 This is a good time to return to my Ongoing Dialogue With Wall-P, but I won't right now. I still haven't reposted that part of my entry from about Wall-P's economies and philosophies of scale. I know my nasty e-mail reply to his restaurant invite was wrong (and needless to say, I'm not now invited and, to the extent anyone notices, I'm viewed as the wrong party in this).

However, there is more to the story and I can't be friendly, much less friends, with him anymore. In short, I don't like at all the kind of person he has become, and he has zero respect for anything about me, so that's that.

I'm also done with some other ex-friends.


As it is, my own worldview and personality have changed (I'm not even talking to my dad at present, though that's more that he is angry at me while I'm indifferent) and ever since that January debacle involving Mr. Sirius (following all those years), I just don't care.
####### 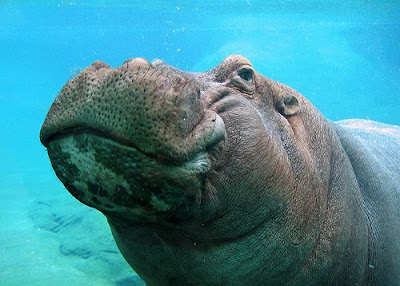 HOORAY FOR HIPPOS!
I love hippos. And you should, too. 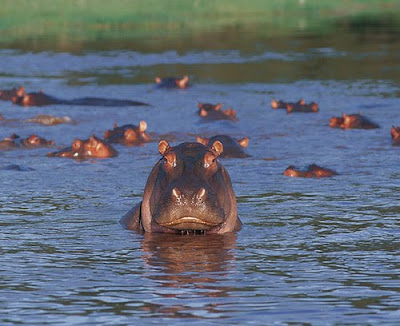 Here a hippo peers across the surface of a lake (probably somewhere in Africa), its whole head above the water.
Behind this (lady?) hippo, a pod or BLOAT of hippos swims, peers above water, floats, burbles, growls and grumbles, eats, poops (usually while eating), gnaws, sniffs, yawns and/or does that gaping mouth thing with another hippo, and whatever else hippos do under the African Sun or Moon.
#######

A couple more items of note ...


Tomorrow early morning, my stepfather has his gall bladder and possibly kidney stone surgery in Baltimore. My mom is obviously very worried and will be there at the hospital all day. I will update this blog about this tomorrow if necessary.
My sinus issue from yesterday seems to have ebbed, except today's malady is that my right leg is hurting because of all the frickin' sitting I do all day combined with my aging.
Thirdly, I keep intending to have a full blog update with political commentary and links, but I'm just so tired and the entries take forever to write. As it is, if I don't get an entry posted tomorrow (Wednesday), I may not be able to do so until the weekend.
OK, I think that's all for now.