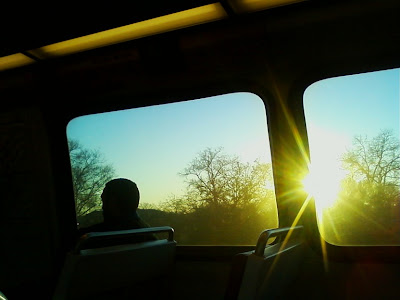 Riding the Metrorail Red Line toward Silver Spring, 4:20PM, Nov. 24, 2011. I was heading to Silver Spring to go to Quill's parents' house for Thanksgiving dinner. The train was near Takoma Metro in Northeast D.C. (and the silhouetted fellow was seated in the opposite direction of the way the training was moving).
The Hughes Memorial Tower was prominently visible -- but behind the tree visible in the window.
####### 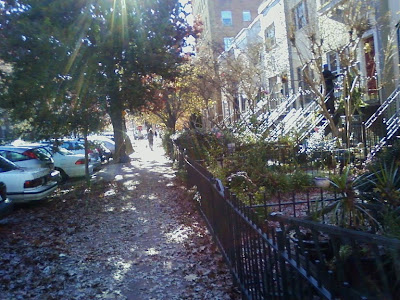 
NOTE: This entry was prepared Friday night but timed for posting on my birthday, and it was ultimately posted at 3:30AM on Nov. 26th -- SEE IMPORTANT UPDATE below. 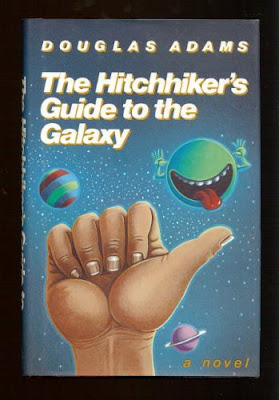 The number 42, of course, figures prominently in The Hitchhiker's Guide to the Galaxy as the "Answer to the Ultimate Question of Life, the Universe, and Everything."

But the Question to which this was the Answer had to be determined -- was being determined by a super-computer created for that purpose -- and the super-computer was Planet Earth itself. The novel opens with the destruction of Earth by the Vogons just 5 minutes before it was to come up with the question in order to make way for an hyperspace bypass. 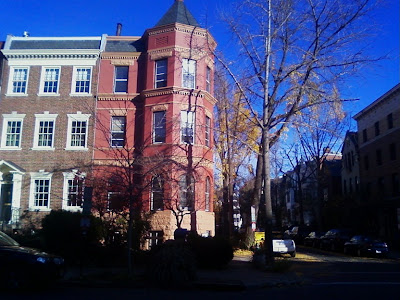 
The song is from Supertramp's 1979 album Breakfast In America, which had a most unusual cover image: 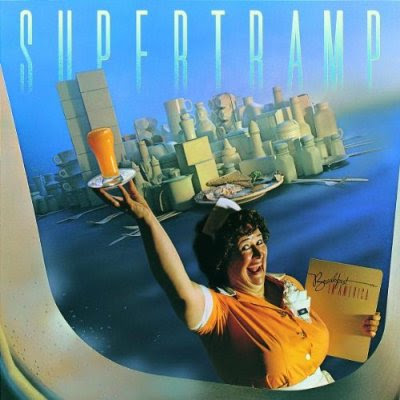 A bit creepy -- and interesting (especially now) that the glass of orange juice joins the World Trade Center Twin Towers on the backdrop of the stylized Manhattan skyline.
#######

"So you think you're a Romeo / Playin' a part in a picture show...
But you're the joke of the neighborhood / Should you care if you're feeling good? ...
Lonely days turn to lonely nights, Take the trip to the city lights,
Take the long way home ...
You never see what you want to see,
Forever playing to the gallery,
You take the long way home...
When you're up on stage, It's so unbelievable! Oh, unforgettable!
How they adore you!
Then your wife seems to think you're losing your sanity.
Oh, calamity!
Is there no way out? ... 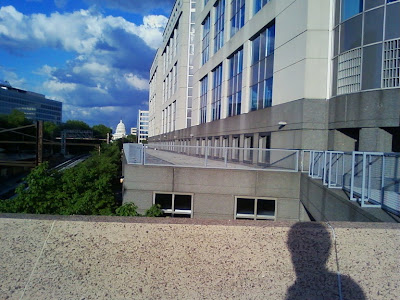 This is a picture of L'Enfant Promenade above the CSX/Amtrak/VRE train tracks with the U.S. Capitol Building about a mile away (and my shadow in the corner). I took this on Aug. 28, 2011.
#######


Yesterday (Friday), I was supposed to work from home but I basically didn't do anything work-related, and if I can't get in any hours between now and Monday, I will have simply have to take the day off. It was not an off day for us as a Federal contracting company, but many of my co-workers also worked from home or just took the day off.
#######


Friday Night Frights and Exorcisms from Long Ago... 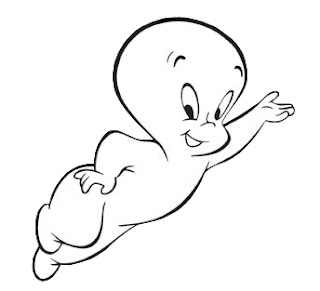 Last night, before I went to Nellie's, I watched on Planet Green an agonizing 2 hours of what was the 2002 "pilot episode" of the Discovery Channel program A Haunting, which is described (on Wikipedia) as an "American paranormal docudrama anthology television series." 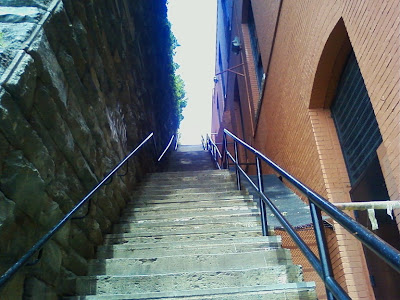 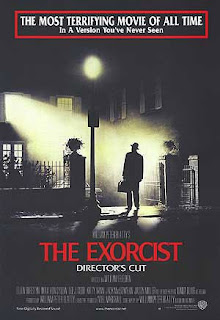 Continuing with the post-Thanksgiving "Friday Night Frights" demon possession theme on Planet Green (ostensibly a channel dedicated enviro and ecological matters), the next program was actually about a 1949 exorcism of a boy named Richard (!) -- at least in the series -- that occurred both at Georgetown Hospital and at a mental hospital in St. Louis, Mo.


The boy lived for a time in Cottage City, Md., a weird little enclave just inside the Prince George's County side of the DC-Maryland border, though news accounts of the time state it as Mount Rainier, Md., located a short distance from Cottage City.
Yes, both Mount Rainier ("Mount RAIN-yur" is how the locals say it) and nearby Takoma, Md., are named for THE Mt. Rainier in Washington State. 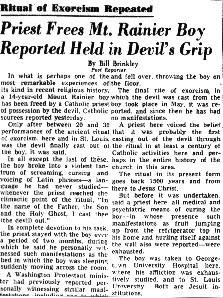 The 1949 exorcism story forms the historical "factual" basis of the 1971 book by William Peter Blatty, and the subsequent culturally iconic 1973 film The Exorcist, which I have talked about before on my previous Arcturus blog.

Here is a thorough account of the historical basis of the book from Strange Magazine in 1999 or 2000. His name is listed as "Roland" in accounts of the time. Of note, the newspaper articles from 1949 did NOT take the story seriously but more sarcastically.


Anyway, today, I am going to the National Capital Trolley Museum with a co-worker friend. My earlier plan was to involve lunch with my mom and Ray at Union Station, but that too did not occur because of Ray's health issues and my mom also not feeling well and having trouble walking (a bad knee). However, I will be seeing her at Christmas.
#######


Speaking of my mom and things old and religious... 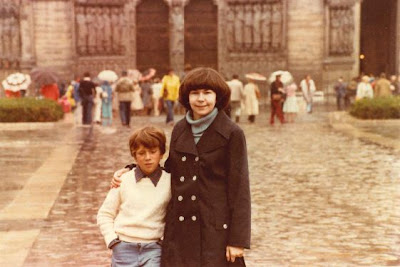 Actually, I forgot to post this picture in my Nov. 11, 2011 entry of old scanned photos. 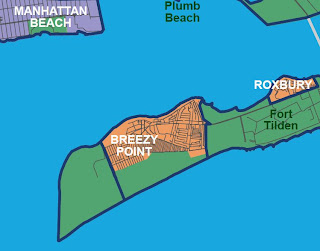 Also, as some additional blog-keeping, I had to update my Sept. 20, 2011 entry To the Corners of the Big Apple -OR- New York In Geographical Extremes because of a geographical error I made involving the location of the Breezy Point neighborhood and Rockaway Peninsula in New York City's Queens borough. (I had them incorrectly placed in Brooklyn.)

That entry is now corrected. 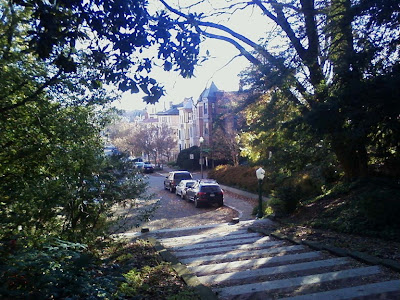 The view looking south from the Spanish Steps (no, not the famous ones in Italy), which are at the dead end of 21st Street at the edge of the Kalorama neighborhood of D.C., Washington, D.C., 2:58PM, Nov. 25, 2011. These steps and the fountain (which was off Friday afternoon) are on the same fall line hill that runs through so much of D.C.
####### 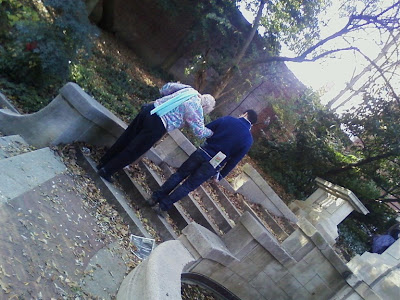 
I think I have discovered an ALMOST perfect NEW BAR for me here in D.C. 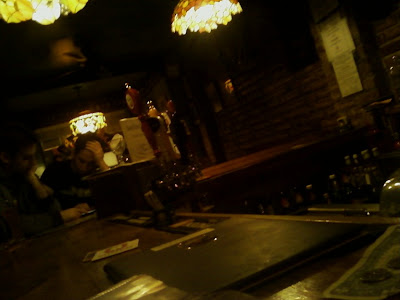 The new place is called The Saloon at 1207 (or 1205) U Street, NW, Washington, D.C. (pictured above), at 12:21AM, Nov. 26, 2011, and it is a wooden/brick pub that has some interesting characteristics including NO TELEVISION screens (and thus showing abominable movies or endless sports games) and a rule that one may not be there if there are no seats -- either at the bar or in the restaurant area.
####### 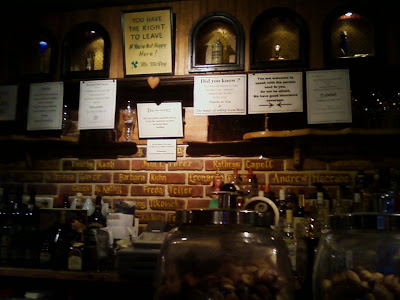 OK, I think that's all for now. My next planned update will be on Monday or Tuesday.