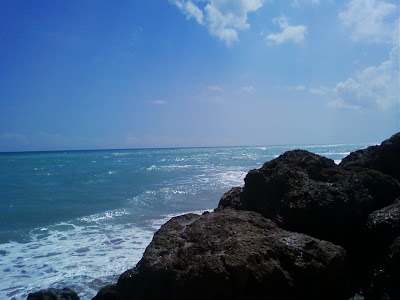 
I'm back home in D.C. on a drizzly, misty, mild October night after my Daytona Beach / Deerfield Beach 8-day vacation. The flight back from Fort Lauderdale (FLL) was fine although I was not feeling that well.
On the one side of today's flight ... 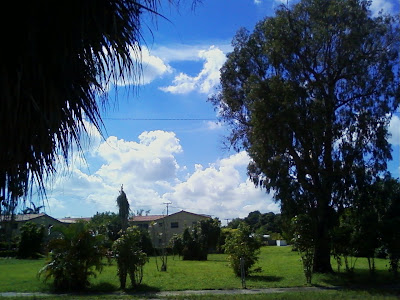 The view from the low office building at 777 20th Street SE, Fort Lauderdale, Fla., 11:31AM, Oct. 12, 2011 that houses the Rent Max car rental place.
On a personal note, whenever I am in Fort Lauderdale, I think of this guy Curt S. who moved there circa 1994. I met him at the old Track's when he lived in D.C., and we briefly dated. He had the same body type as Mr. Sirius, only he was blond (not usually my type) and a bit taller, as well as a former model. I wasn't a model but I was young and cute then, so it (almost, ever-so-briefly) worked ... I have no idea what happened to Curt.
####### 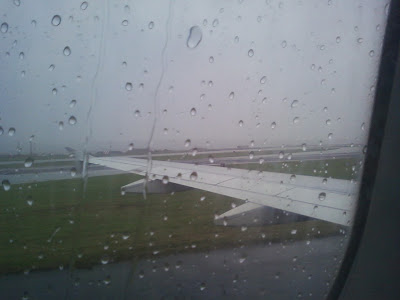 Although there was this hot guy on the flight ... 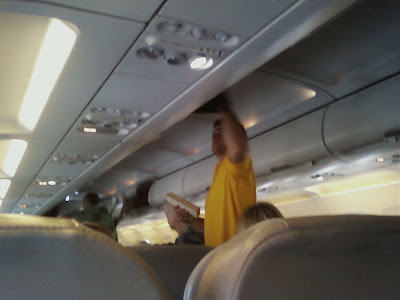 
As for today, as noted, I am not feeling that well. Not only did I get an insufficient amount of drunk sleep last night -- although I did get up in time to see the sunrise over the Atlantic Ocean and take photos of it (see previous entry), but my morning dip in the tranquil sea resulted in water rushing up my right ear and clogging it in a way that I've not before had happen. My right ear has been semi-clogged all day with my hearing muffled. I was worried that the flight / change in cabin pressure might cause even worse ear problems. 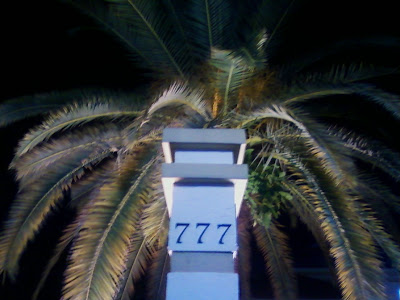 
So in all I have about 120 Florida pictures to post, although I've already posted 31 (well, 41 counting the ones in this entry). 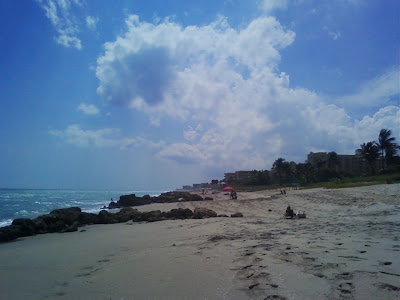 The view from the surf of Deerfield Beach, Fla., looking south toward Hillsboro Beach and the Hillsboro Inlet Lighthouse (located about 2 miles down the beach) at the edge of Pompano Beach.
#######


I plan to post many (but probably not all) of them, and it is going to take a while. I'm home now watching (very funny) reruns of Married, With Children on TV Land, and later Hot in Cleveland and/or Frasier  on Hallmark Channel. However, I need to get to bed around 11PM-ish as I am so tired and I want to be at work on time. 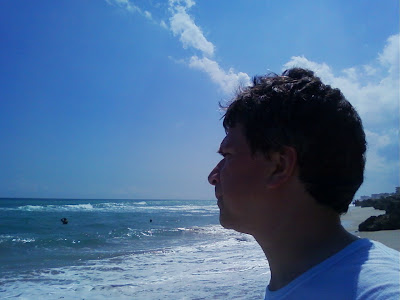 
Oh, yes, I just wanted to note that my hunch was correct: There was a beach replenishment ("renourishment") project along a stretch of coastline in Deerfield Beach and Hillsboro Beach. 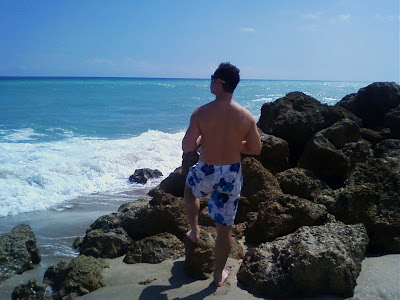 
Likewise, it appears I was correct that it did not involved the U.S. Army Corps of Engineers dredging sand from offshore, but rather private contractors that probably shipped in a different quality sand from some other source (a quarry in China? -- that should get the Beltway Free Trade corporate pimps and Jeff Immelt titillated). This also may explain the milky cloudy - silty look of the turquoise water there.
I'm sure in time it will all blend together nicely. 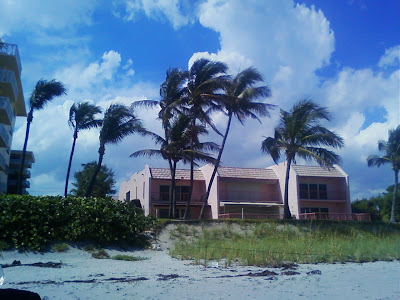 Another picture of that lavender, or rather, pastel pink series of three beachside condos, 1:48PM, Oct. 10, 2011.
These three are part of a set of condos located between the ocean and the Atlantic Intracoastal Waterway on either side of Hillsboro Mile in Hillsboro, Fla. However, I have not been able to identify the complex by name.
####### 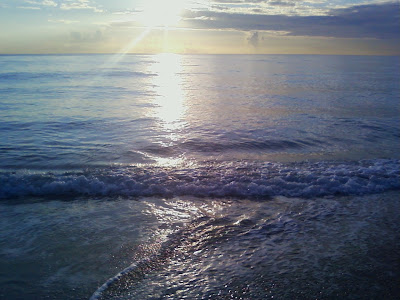 The morning Sun in its dazzling brilliance over the calm, bathwater warm waters of the Atlantic Ocean, Deerfield Beach, Fla., 7:43AM, Oct. 12, 2011.
Whenever I see the morning Sun like this, I think of the lines from song "True Faith" by New Order: "I used to think that the day would never come / I'd see delight in the shade of the morning Sun / My morning Sun is the drug that brings me near / To the child I lost, replaced by fear ..."
#######


OK, that's all for now. My next update will probably be Friday or over the weekend.
--Regulus
Posted by Regulus at 11:05 PM