Pecunia Gigantica -OR- "Might As Well Be Walkin' on the Sun..." 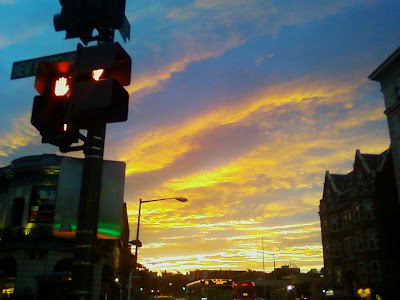 A stunning sunset sky yesterday evening as the setting Sun painted (for just a few minutes) the underside of the low, post-frontal, broken overcast in electric orange. This was the view as seen from New Hampshire Ave. at 16th Street looking west down U Street, Washington, D.C., 7:18PM, Sept. 15, 2011.
A cold front with some brief rain showers had cleared the area and it had turned noticeably and delightfully cooler, temps. around 55F, and falling as low as 49F at DCA proper. 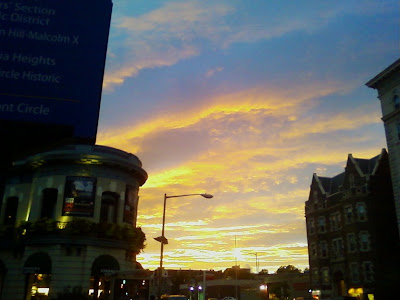 
Another damn entry that I feel compelled to write / create / post.
Even though things turned out fine at my job this week -- I received three more compliance cases to work on that should keep me busy and billable for the time being, plus I enjoy that task -- it was nonetheless a difficult one personally. 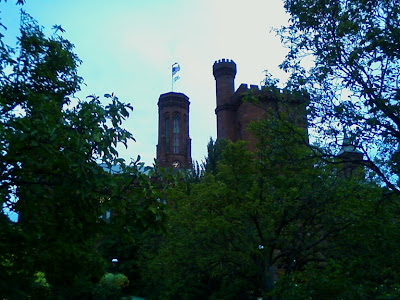 Walking through the Enid Haupt Garden of the Smithsonian Institution in the cloudy coolness with a brief rain shower, Washington, D.C., 6:41PM, Sept. 15, 2011.
I walked to Smithsonian Metro rather than L'Enfant Plaza from work heading home. I was too tired to walk home outright.
#######


I believe my health is actually beginning to suffer / deteriorate even while getting flabbier and fatter owing to extreme stress, lack of activity, and all-around mental agonies. I've been feeling dizzy as well with bad headaches. At this rate, I will not make it to 50. 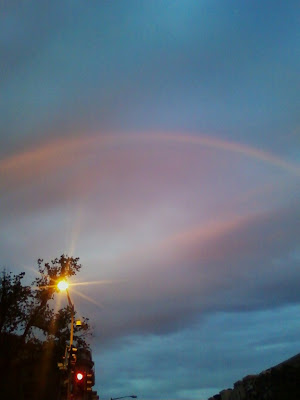 As far as friends go, things are, eh ... On the plus side, I have K and Quill and even D.G. (who is back from Australia and last night I met at Larry's Lounge).


As for my usual crew, LP is around this weekend but Gary and Kristof are away -- Gary at a wedding in some place near Providence, R.I., and Kristof in Helsinki followed by a visit to see his mom in Gdansk, Poland, whence he comes. 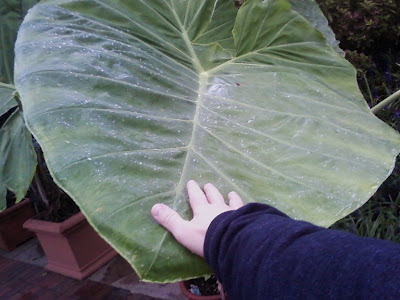 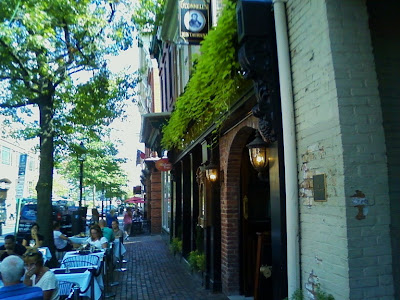 An outdoor restaurant seating area along King Street near the Potomac in Old Town Alexandria, Va., 3:02PM, Sept. 12, 2011. This was taken on my Monday walk that I mentioned in my entry from that day.
####### 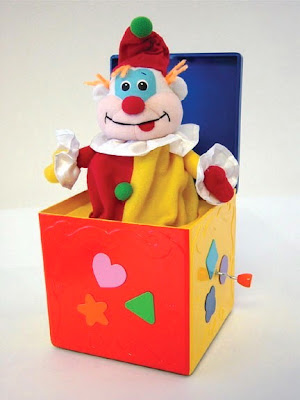 ChrisT. made it to his new home in Montgomery, Ala., where he will be working at a new and promising job, except for where it's located... (Not a lot of people move FROM D.C. TO Alabama.)

My adorable little Jack-in-the-Box. I am thinking of making him my blog avatar that will replace Kermit the Frog and Cookie Monster.


Lastly, the corporate law / stock market a-bot "IT IS WHAT IT IS" Wall-P is thankfully and forever out of my life, as are a few others I want no where near me.
####### 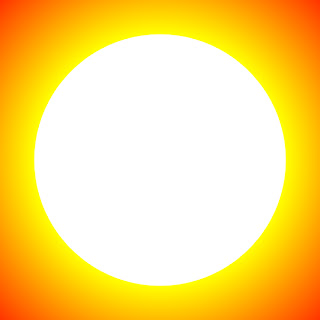 The Sun's sunspot cycles run about 11 years. They've been numbered consecutively since 1755 (as retroactively calculated by 19th Century astronomer Rudolf Wolf) and we are presently in Solar Cycle 24, which is a rather weak one.

Let me calculate the numbers ... 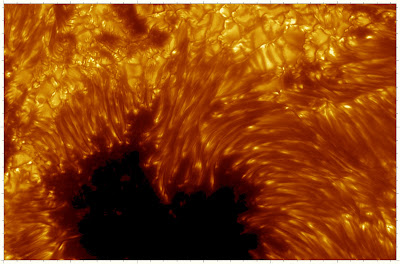 A close-up image of a sunspot taken by the Swedish Solar Telescope. Yes, the incandescent plasma (here artificially "colored" orange since in reality everything appears blinding white) "flows" into the vast "chasm" of the cooler "sunspot."
####### 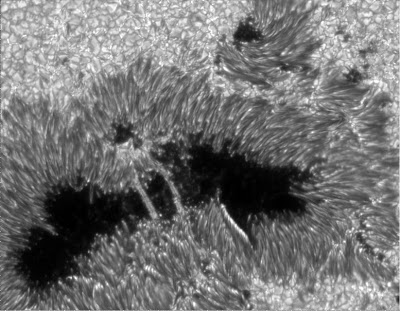 From the May 22, 2000 APOD showing light bridges on the Sun -- "narrow" arcs of plasma (a few hundred miles wide) leaping 3,000 miles (the width of the continental United States) over "chasms" of plasma suppressed downward thousands of miles -- and hence "cooler" and darker by contrast to the surroundings -- due to intense, bunched up magnetic field lines.
But the light bridges indicate that the sunspots are dying as the local magnetic field lines relax and the "ocean" of incandescent roiled plasma quickly rising up to the "fill" the "basin."
Awesome. 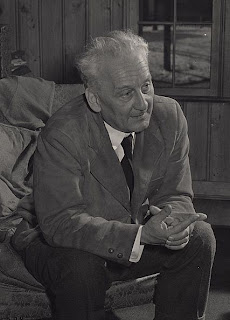 Here is a Christian Science Monitor article about the story behind today's Google Doodle commemorating the 118th anniversary of the birth of Albert Szent-Györgyi, the "discoverer" of Vitamin C. The article ends: "So, salute to Albert Szent-Gyorgyi, Hungary's freedom-fighting, vitamin-discovering, Nazi-escaping, Nobel-winning, secret-negotiating scientist. Today is your day." 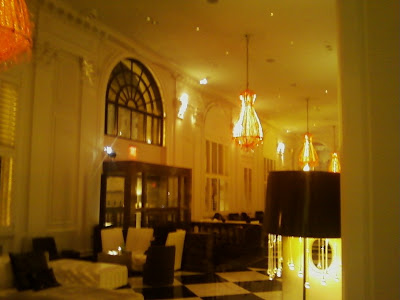 
OK, I think that's all for now. Again, I'm not really feeling that well right now but I'll probably go solo to Larry's Lounge tonight and to Nellie's tomorrow night. I also will take a walk tomorrow and/or Sunday. My next planned update will be Sunday or Monday.
--Regulus
Posted by Regulus at 11:10 PM