My 96-Hour Staycation -OR- Four Days in D.C./MoCo/NoVa 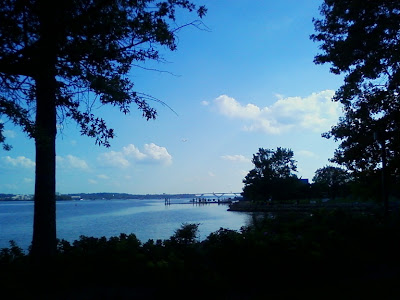 
It is quarter to eleven on Monday night and I simply do not have the time or energy to post a lengthy blog entry. I have been out all day -- including (in all) a four or five mile walk from Old Town Alexandria along the Mount Vernon bike trail to National Airport, thence to a "semi-office" happy hour outside the Hotel W (the old Hotel Washington), and finally to Pines of Florence on Connecticut Avenue (I walked there) for a two-person farewell for ChrisT. (he leaves for Montgomery, Ala., to start his new job this week).
I skipped the larger Saturday night dinner at the same place because the Wall Street bot Wall-P and two others were there I did not want to see. 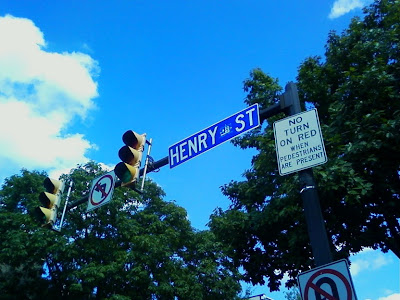 Henry Street sign / traffic signal as seen from King Street, Alexandria, Va., 2:48PM, Sept. 12, 2011.
Of note, a number of the traffic crosswalk signal signs were missing along King Street. Not sure why. It was along King Street in Old Town, Alexandria, Va., where (about eight years ago) I first saw the traffic crosswalk signals that count down to zero.
BTW, my mom and uncle grew up in a house on Henry Street in South Amboy, N.J., and my uncle still lives there.
#######


Tomorrow, I return to work for the first time since Thursday because I still took off the two work week days even though I did not go on the Jersey shore vacation. 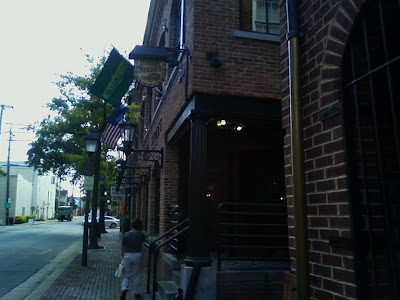 The Union Street Public House along Union Street near the Potomac River, Old Town Alexandria, Va., 3:03PM, Sept. 12, 2011.
I had lunch with a blogger friend "HotLipz" or "Hot Lips" from my old / original Arcturus blog days in the one and only time I met her (about 3 years ago).She lived / lives near Richmond.
#######


The actual "four-day weekend" sucked in that I had a lot of conflicts and arguments -- including with a bitch of a (female) bartender at local establishment (the manager was going to re-seat us but D. and I simply left); with J. (enough is enough), only this time over an important issue involving a mutual friend; and that belligerent drunk of a gay rattlesnake whose initials I won't even list.
I did, however, make it to both Maryland and Virginia. That is, even if I didn't make it to the Jersey shore, I made it the hell out of the District this weekend. 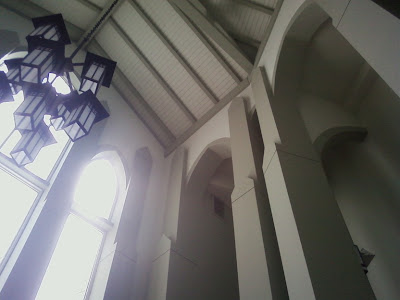 The side foyer of the Augustana Lutheran Church in Washington, D.C., 1:09PM, Sept. 12, 2011.
This church is located barely 500 feet from my building, but I had never been there before today. I stopped by (after calling) to drop off a bag of (slightly) used clothing that no longer fit me.
If I ever become religious again, I'm going to give up my lapsed Catholicism and EITHER become Jewish or Lutheran.
####### 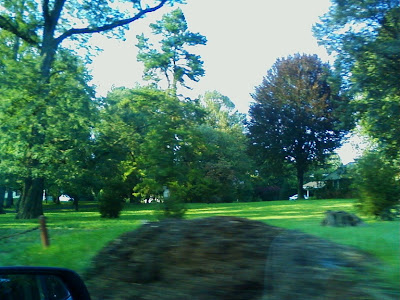 
But it is also true that I had a nice Saturday and Sunday with LP up in Grosvenor and on a ride in Montgomery County from Rockville through Potomac that took us all the way to Travilah (and its 250+ year old oak tree) and today on the aforementioned solo walk followed by happy hour and dinner. 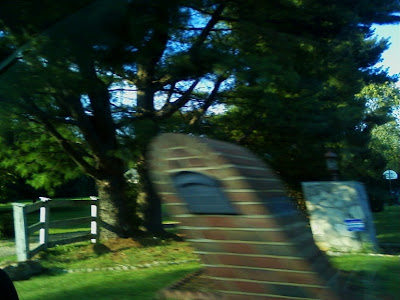 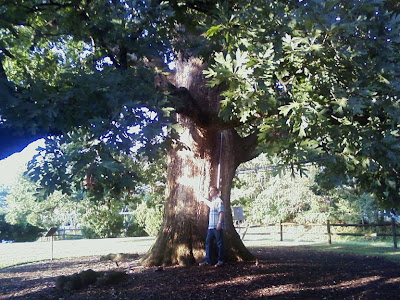 
I have approximately 50 pictures in all (including the ones featured in this entry) to post. I plan to post these over the next few days in subsequent entries.
Oh, yes, I avoided pretty much everything having to do with the 10th anniversary of the 9/11 attacks, but that is a separate topic. 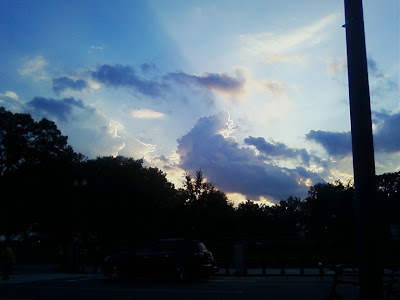 
OK, my next planned entry is for tomorrow (Tuesday), except I may have to finish one of my compliance letters, in which case my next update would be on Wednesday.
--Regulus
Posted by Regulus at 11:57 PM