The Trees of Life & of the Knowledge of Good and Evil 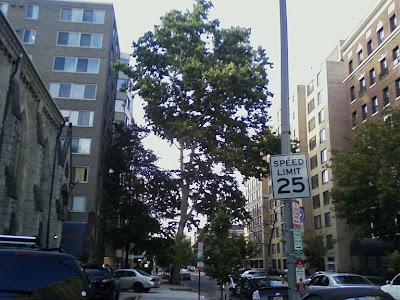 This is an exceptionally tall "city sidewalk" tree -- a sycamore, I believe -- that grows in front of the Horizon House at 1150 12th Street, NW, Washington, D.C., as it appeared at 6:33PM this evening, July 6, 2011 as I walked home from work (as I do once every week or two).
The tree must be about 80 feet tall. This tree appears even more prominently because it is "atop" a hilly rise near N and 12th Streets as seen from downtown -- or even the National Mall. 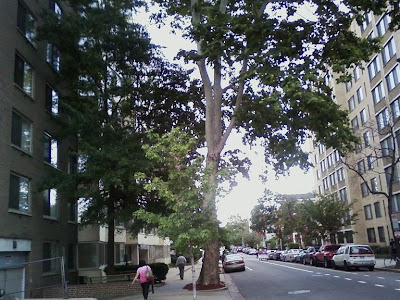 Here is another image of the tree that I took when I walked home on June 14, 2011 at 6:34PM.
As for the Horizon House, it is, I believe, some section 8 or old aged housing (some of which still exists in Northwest DC).
Apropos of nothing, I sometimes stop at Club Nine for a drink while walking home.
#######


I was going to write a lengthy entry, but I'm just not feeling up to it tonight. Instead, I'll note this curious story (and speaking of trees) ...

Exiled Final Heir to the Ancient Habsburg Throne Is Dead!
Former Habsburg Crown Prince and Archduke Otto Von Habsburg has passed away at 98 in his his residence in southern Germany, marking the end of a 900+ year old dynastic line and, in fact, the lineage could be traced back to the 6th Century.
Now THAT's a family tree! 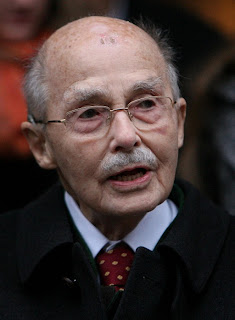 Otto was the crown prince from 1916 when his father was crowned Emperor Charles I.

Charles I was the last emperor reigned for just two years until the monarchy was abolished after War War I and he died in exile in 1922. Otto formally relinquished the title of crown prince in May 1961.

During the Nazi exile, Otto apparently even stayed for a period here in Washington, D.C. 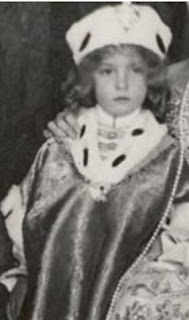 This picture is said to be of Otto in 1916 when his father -- who was the nephew of Archduke Ferdinand -- was crowned Emperor.

The UK Guardian obituary is really worth a read.

Cool. I had trouble just getting "Michael" as my middle name.


Yes, he has children (seven in all), but they don't quite count in terms of having a a throne that they ever actually occupied or to which they were in formal succession. 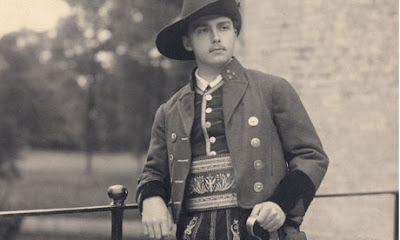 Here was Otto von Habsburg posing in some style of clothing (Tyrolean rifleman this or that) in 1936.
#######


The AP wire story is linked here. There is a nice write up (using the Hapsburg spelling) on the Procopius Salon blog. Also, the Wikipedia article about the House of Habsburg is also worth a perusal.
The House of Habsburg is no more! Long live the Habsburgs!
I wonder what my family "tree" would look like going back in time deep into Italian and Polish history ... 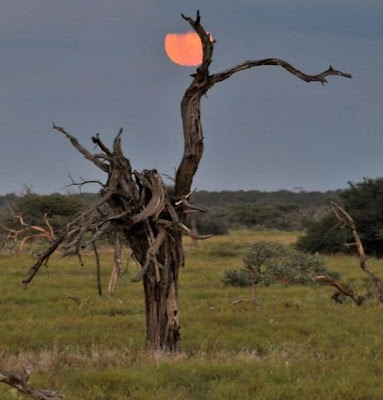