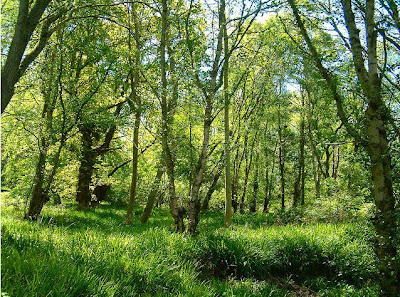 
Phew. Exhausted with life. Or at least mine in this bogus place and time. Washington, D.C., in July 2011. Indeed.
Anyway, I'm homo alone on this Saturday night watching the Britcoms on Maryland Public TV -- we are in one of the RARE periods of the year when there is no pledge-a-beg-a-thoning. So it's Last of the Summer Wine, Waiting for God, Are You Being Served?, and Fawlty Towers. 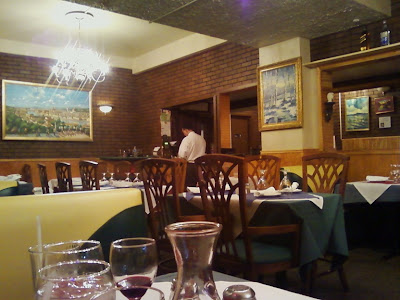 
Last night, I had a nice dinner with K. at the usual "secluded" Pines of Florence place on Connecticut Avenue, and later to Larry's Lounge where I met Gary and Jamie.
**Updated 11:10PM 6/24/2014: Substantial amount of content removed.** 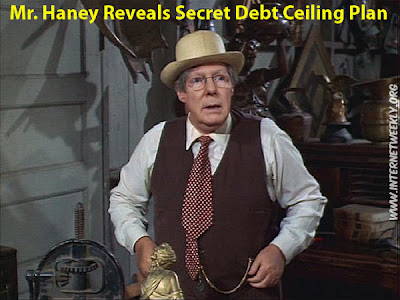 Ha ha
I was inside all day today even though it was a lovely, not-hellishly hot, not-hellishly humid day. I had to finish writing up another compliance case report for my job -- and with this one done, I actually won't be working on this particular project for an unspecified period owing to some internal agency doings.
####### 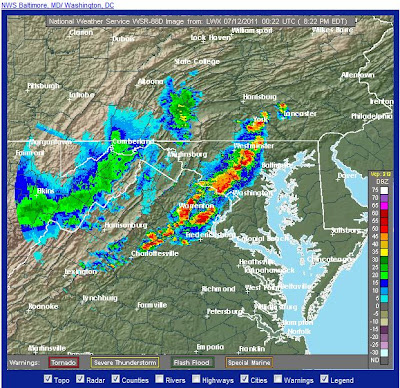 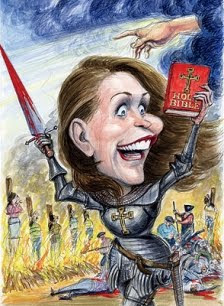 "Bachmann is a religious zealot whose brain is a raging electrical storm of divine visions and paranoid delusions. She believes that the Chinese are plotting to replace the dollar bill, that light bulbs are killing our dogs and cats, and that God personally chose her to become both an IRS attorney who would spend years hounding taxpayers and a raging anti-tax Tea Party crusader against big government.

"She kicked off her unofficial presidential campaign in New Hampshire, by mistakenly declaring it the birthplace of the American Revolution. 'It's your state that fired the shot that was heard around the world!' she gushed. 'You are the state of Lexington and Concord, you started the battle for liberty right here in your backyard.'" 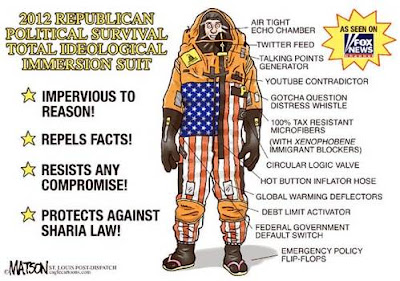 "I said lunch, not launch! But don't laugh. Don't do it. And don't look her in the eyes; don't let her smile at you. Michele Bachmann, when she turns her head toward the cameras and brandishes her pearls and her ageless, unblemished neckline and her perfect suburban orthodontics in an attempt to reassure the unbeliever of her non-threateningness, is one of the scariest sights in the entire American cultural tableau. She's trying to look like June Cleaver, but she actually looks like the T2 skeleton posing for a passport photo. You will want to laugh, but don't, because the secret of Bachmann's success is that every time you laugh at her, she gets stronger."
... 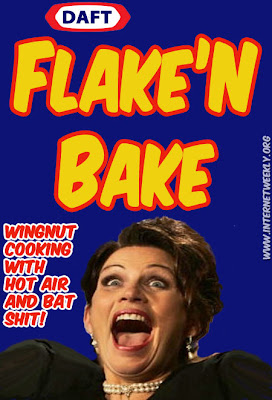 "Young Michele found Jesus at age 16, not long before she went away to Winona State University and met a doltish, like-minded believer named Marcus Bachmann. After finishing college, the two committed young Christians moved to Oklahoma, where Michele entered one of the most ridiculous learning institutions in the Western Hemisphere, a sort of highway rest area with legal accreditation called the O.W. Coburn School of Law; Michele was a member of its inaugural class in 1979."


She described the gay lifestyle as 'bondage' and' 'personal enslavement, even claiming that suicide among gay teens is due not to discrimination but to 'the fact of what they're doing.'"
...

"Bachmann claimed that back in her college days, she was up one night praying with a female friend of hers when 'the Lord gave each one of us the same, exact vision... It was a picture of me, marrying this man, in the valley where his parents have a farm in western Wisconsin.' Meanwhile, miles away, Marcus 'was repairing a fence on the farm where he worked, and the Lord showed him in a vision that he was supposed to marry me.' According to Bachmann, Marcus initially complained to God that he wanted to see the world first, and only later relented.


"Snickering readers in New York or Los Angeles might be tempted by all of this to conclude that Bachmann is uniquely crazy. But in fact, such tales by Bachmann work precisely because there are a great many people in America just like Bachmann, people who believe that God tells them what condiments to put on their hamburgers, who can't tell the difference between Soviet Communism and a Stafford loan, but can certainly tell the difference between being mocked and being taken seriously.

"When you laugh at Michele Bachmann for going on MSNBC and blurting out that the moon is made of red communist cheese, these people don't learn that she is wrong. What they learn is that you're a dick, that they hate you more than ever, and that they're even more determined now to support anyone who promises not to laugh at their own visions and fantasies."
[Emphasis added]


"Here's the difference between Bachmann and Palin: While Palin is clearly bored by the dreary, laborious aspects of campaigning and seems far more interested in gobbling up the ancillary benefits of reality-show celebrity, Bachmann is ruthlessly goal-oriented, a relentless worker who has the attention span to stay on message at all times. With a little imagination, you can even see a clear path for her to the nomination."
... 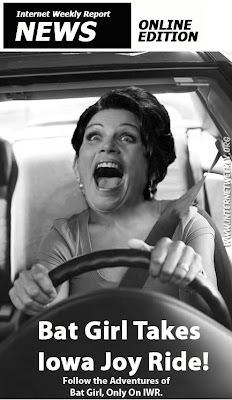 "Even other Republicans, it seems, are making the mistake of laughing at Bachmann. But consider this possibility: She wins Iowa, then swallows the Tea Party and Christian vote whole for the next 30 or 40 primaries while Romney and Pawlenty battle fiercely over who is the more 'viable' boring-white-guy candidate. Then Wall Street blows up again -- and it's Barack Obama and a soaring unemployment rate versus a white, God-fearing mother of 28 from the heartland.


"It could happen. Michele Bachmann has found the flaw in the American Death Star. She is a television camera's dream, a threat to do or say something insane at any time, the ultimate reality-show protagonist. She has brilliantly piloted a media system that is incapable of averting its eyes from a story, riding that attention to an easy conquest of an overeducated cultural elite from both parties that is far too full of itself to understand the price of its contemptuous laughter. All of those people out there aren't voting for Michele Bachmann. They're voting against us. And to them, it turns out, we suck enough to make anyone a contender."
####### 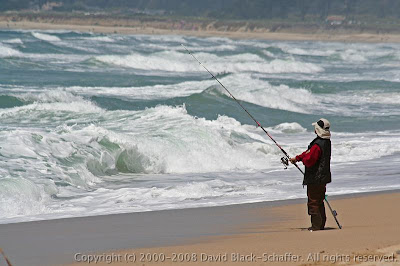 A picture of a fisherman standing at the edge of a roiled surf on an unidentified shoreline.
########


OK, my next planned update will be on Monday or Tuesday.
--Regulus
Posted by Regulus at 8:36 PM