Saturday Sojourn to Friendship Heights -AND- A Clean Bill of Health

This entry was difficult to prepare, esp. the pictures, which often aren't that relevant to the topics, but they were all I had or could find. 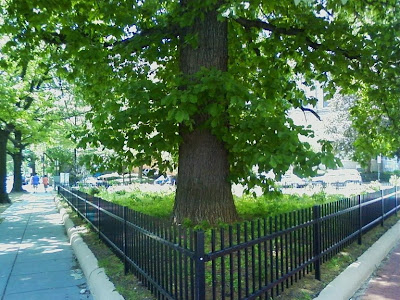 The big oak tree that grows in the triangular plot created by the intersection of T Street, 17th Street, and New Hampshire Avenue, NW, Washington, D.C., 1:03PM, May 7, 2011.
Washington has lots of these triangular plots -- not to mention traffic circles -- as a result of the state-named thoroughfares that intersect "diagonally" the numbered and lettered street grid.
Doesn't Scottie Pippin' play the ukulele under this tree on nice days??
#######

Today I went on the Metro up to Friendship Heights -- that place where the uppermost of upper Northwest D.C. crosses the geographic / political / spiritual boundary of Western Avenue and becomes "Suburban Maryland." 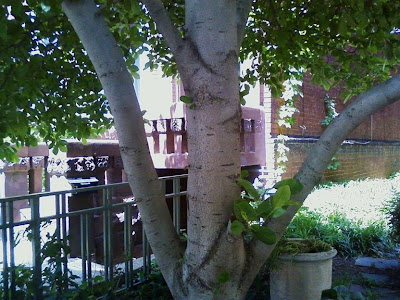 While in Friendship Heights (where I didn't take many pictures), I stopped into my doctor's office (which I actually had not planned to do) and got my blood and pee test results from Monday. 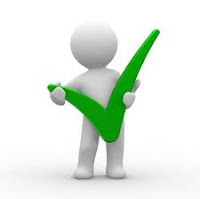 Not only am I in good (physical) health (except for a minor vitamin D deficiency), but the doctor himself was actually there and came out to talk to me.

I REALLY didn't expect that and it made me feel good that he made such an effort. Oh, yes, the red spots on my nose -- where the two fibrous papules (papulae?) had been removed -- are sort of gone and sort of not gone. 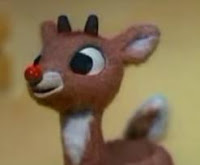 The main one is drastically better looking than on Monday right after the dermatological / stealth cosmetic procedure. ( I had it done right after the blood work since the two places are almost next to each other.)

However, in terms of coloration and size, it is about what it was before. On the other hand, the objects themselves are gone and the reddish areas are healing. At this point, I'm not sure if the small scars will disappear entirely.
#######

After my stop at the doctor's office today, I went to the Gap on Wisconsin Avenue and ended up purchasing a comfortable black fleece jacket suitable for spring weather (it's not too thick) and a sort of lavender-ish dress shirt suitable for work reduced to $30. I spent $74.40 in all. 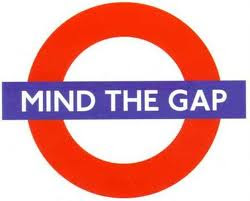 I had budgeted another $100 for clothing this pay period. This was in addition to the $108.80 I spent at Metro Center Macy's last week on a whole bunch of new underclothing -- no, not the magical Mormon sort, but rather t-shirts, white and black socks, and still more boxer briefs.

I do not buy clothes every pay period. But I do have to live on a budget. 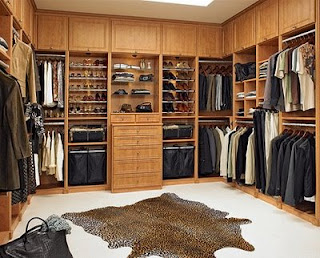 Unlike some SOBs, I don't have $500 to drop on Diesel jeans, $150 on plunging neck line muscle shirts, or $850 on a Hugo Boss suit, not counting the Tiffany cuff links whenever I feel like cruising in my BMW out to Tyson's II.

Actually, part of the reason I went to Friendship Heights is that on my off days when I actually get out of the apartment at a reasonable hour*, I like to LEAVE this part of D.C. ("the gay mother ship"). I want to talk about this more but I should save it for my other blog.
*I got up at 1130AM today instead of my usual Saturday 430PM -- remember, I'm probably chronically sleep deprived. This is why I'm going to an area hospital sleep clinic on May 25th. 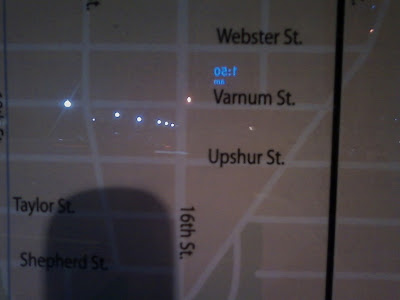 A Metrobus map of D.C. (focused on Upshur and 16th Streets) at the corner of 10th and U Streets, NW, Washington, D.C., with my shadow on it, as well as the reflection of my cellphone time display when the phone is in camera mode. This was taken near Nellie's, 1:50AM, May 7, 2011.
One of these days I'll relate how I actually had the Webster Street sign at 16th Street in my possession back in 2004 for a period of time.
#######

One last item about my clothes shopping in the dressing room mirror, to adapt what Mrs. Slocombe said when she looked at herself on camera: 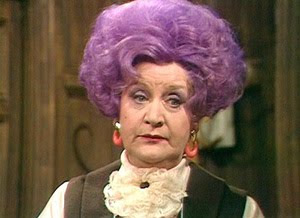 "There must be something wrong with the mirror. I look all fat."

"There's nothing wrong with my equipment."

OK, maybe not fat fat but definitely way out of shape. I guess it will only get worse for the next 20 years until I get so old (if I make it that far) that I start just losing mass and shrinking.
#######

Anyway, after I fell into the Gap and climbed back out, I went to the Cheesecake Factory that's right on the DC-Maryland line (it's just inside the District). I sat at the bar and had a really nice lunch. I called my friend K. who lives near there to see if she could join me, but, alas, she wasn't home. 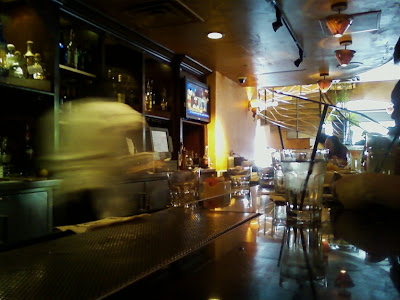 The bar at the Cheesecake Factory, Washington, D.C., 2:44PM, May 7, 2011. The bartender was moving quickly.
I had a really good herb-crusted salmon with mashed potatoes and broccoli in lieu of asparagus, a brewed tropical blend unsweetened iced tea, and a glass of white wine.
The nearby TV was tuned to CNN, but thankfully the volume was muted, although the closed-captioning was turned on. The "BREAKING NEWS" was about the set of five videos of Osama bin Laden released by the U.S. Government. 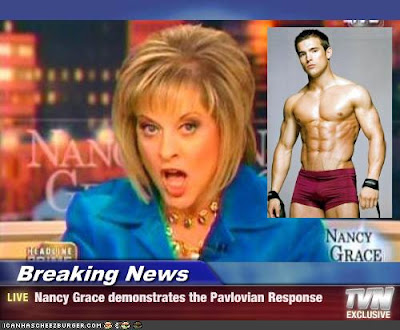 These are raw videos with no sound that were recovered in the raid on Osama's "mansion" in Abbottabad, Pakistan last Sunday in which he was killed, his body bundled onto one of those helicopters, and dumped from the USS Car Vinson in a weighted bag into the ocean ... and now probably 10,000 to 15,000 feet down at the bottom of the Arabian Sea. Ha ha
The interesting aspect about the videos (to me) is that Osama appears (to me) to have dyed his beard in some of them because in the other one where he is seated in a dingy room watching a TV videotape of himself, he appears old and his beard quite gray. 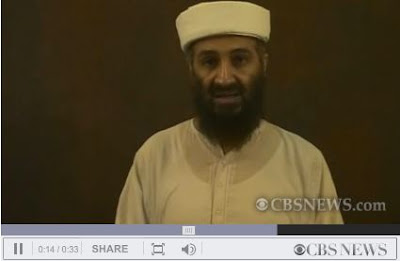 Screen capture of Osama bin Laden in one of the videos, his beard all dark brown.
#######

But the reason I am mentioning this at all isn't because of Osama's beard color but rather to note an astonishing question asked by one of the two anchors (a guy whose name I do not know) of CNN Pentagon correspondent Barbara Starr. He had raised the issue of why was Osama's surroundings so drab as seen in the image: 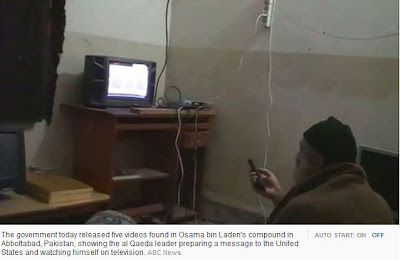 Osama bin Laden in the video in question -- in drab surroundings and looking haggard, gray and small as he plotted his next mass casualty attack.
#######

Then, pretending to repeat what previous guest (Retired) Brig. Gen. Mark Kimmitt had implied**, this guy asked Starr:
"If [bin Laden] was such an evil genius surrounded by an army of jihadists, couldn't he have afforded better wallpaper and a nicer La-Z-Boy recliner??" 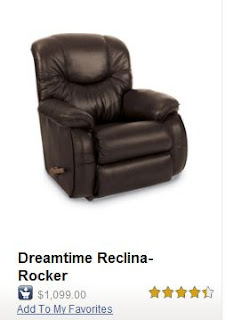 Maybe it's because "OBL" hadn't heard about the sale on the La-Z-Boy Dreamtime Reclina-Rocker (pictured here).

Starr (wisely) sidestepped that and said simply that he was taking her "down a road" she didn't know. She instead said that Osama was trying to live inconspicuously.

**I don't think Kimmitt actually said this in the interview, but I was just reading the closed-captioning, which was going in and out. One thing Kimmitt said during the interview was that Osama "seem(ed) to be a tired, old man".
####### 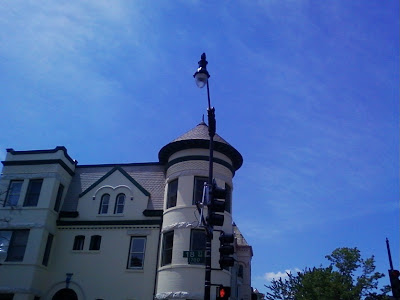 OK, turning to the useless weather ...

The weather today was variably cloudy with temps. around 70F. Earlier, it was sunny and border-line too warm in full sunlight. I actually feel like a vampire sometimes in that full sunlight while everyone else is breezing around in it so happily.

There had been a rainy weekend in the forecast -- and there still is tonight with a 50POP -- but once WOODY! finished his late afternoon / evening shift at LWX yesterday, the chances had gone way down.
I don't know how he does crew do it, but whenever he comes on and writes up on of those 8 page-long "forecast thinking and philosophy" area forecast discussions, what had been a good chance for a decent rain (never mind a winter snow event) suddenly has become just partly cloudy and blah. 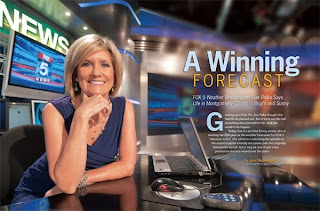 At this point, Sue Palka - cabra gets all happy excited while the Capital Weather Gang blasts out 25 updates trumpeting the "good news."

Maybe we will have some rain showers tonight, but so far it's not looking promising. 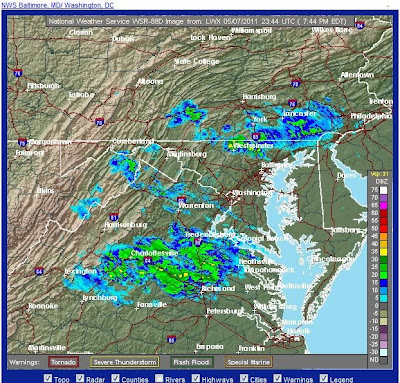 Literally 8 of the last 10 precipitation events (even small ones) have managed to dodge the immediate D.C. area and tonight's is doing the same. It's amazing.Tonight features the last real chance of precipitation here until Thursday night. One good thing, though, is that there is no sign of that ferocious heat invading here (as it had by this point last year). 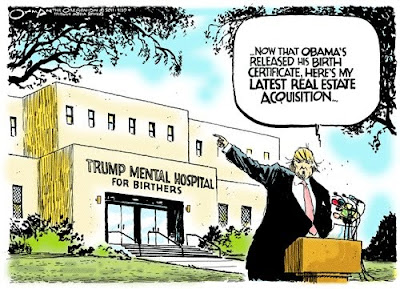 OK, that's all for now. Tonight I am going to Larry's Lounge and then perhaps to Nellie's. I went to both places last night. 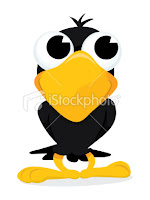 At Nellie's last night, I met Chris H. -- no, not the bartender, the former painter who now has a genuine Federal job. I hadn't seen him in two months. We had a good conversation, and I got him to do his voice imitations including my favorite one. His earlier comment (from last year) that Kim Kardashian looks like [crow creature ] in drag was also quite funny.

Tomorrow, I may take a walk with W., but that's not definite yet.

My next planned update will be between Monday and Wednesday next week.