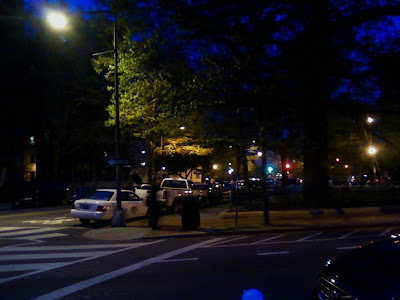 The pictures in this entry were taken on Tuesday evening at dusk (on my walk to LL_ and today after work (including on my walk to the Watergate complex, where I find it oddly tranquilizing). 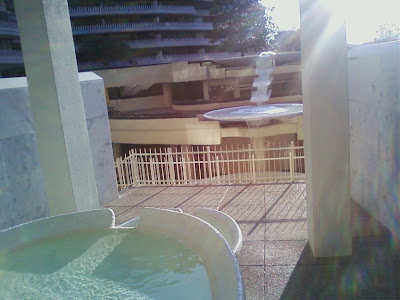 
As for tonight, eh ... I should have stayed home tonight rather than going out, although I had a nice time with Kristof. I was going to go back to the doctor's office (in Chevy Chase, Md.) and get blood drawn. But now I probably won't do it as I had a few drinks tonight. I'd prefer to be clean and sober for two days before doing that.

Regarding my medical issues, I was able to make appointments for a dermatologist on May 2nd (Monday), and for Georgetown University Hospital's sleep clinic on May 25th (what an appropriate day to be asleep!).
As for the dermatologist visit, I want that frickin' red blotch REMOVED even if it has to be freeze-dried off. Oh, yes, I'm going to the dentist on Tuesday (maybe sooner) to get my permanent crown inserted. 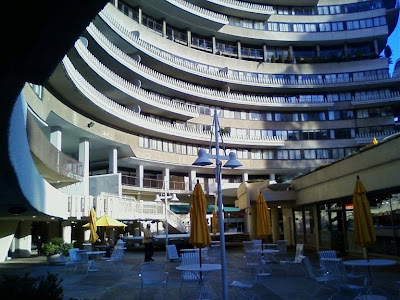 The open-air, sunken-level Watergate shopping promenade that is under / in the shadow of the Watergate East (the building visible in this image), Washington, D.C., 6:33PM, April 21, 2011.


Anyway, tomorrow I have an important meeting. This is different than what I normally do as I am typically just the anonymous technical and policy writer -- which is TOTALLY what I prefer. 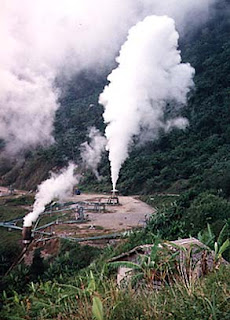 In this case, however, I have to meet the person in charge in question.

Either I will be told I did a good job or I did a screwed up job. Whatever it is, I'm letting my colleague do all the talking unless I'm talked to.

Anyway, I was so busy today (on another project) trying to edit a chapter of an upcoming technical book (an assignment I was put on to assist as a technical editor) that I barely moved for 8 hours ... Except by the end of the day, I had a migraine headache staring at the computer screen.


I simply could not go home and start blogging, which is what I would've done instead of going to sleep. Instead, I met up with Kristof. We went to the Black Rooster on L Street and then to my usual LL watering hole. 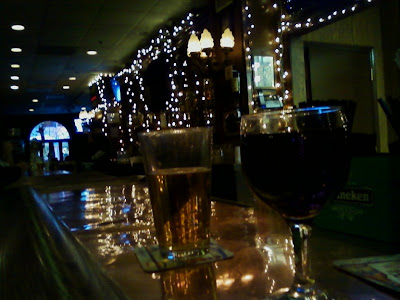 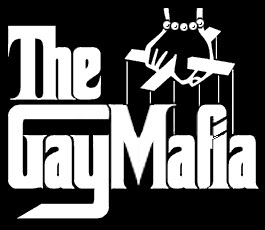 I was ticked off to discover that part of the 17th Street mafia was at LL (my hang out) last last night -- although I have no real reason to be and even though, apparently, the Capo and that consiglieri were not there. Instead, it was the turkey vulture with the peacock voice (and possibly the Great Blue Heron). 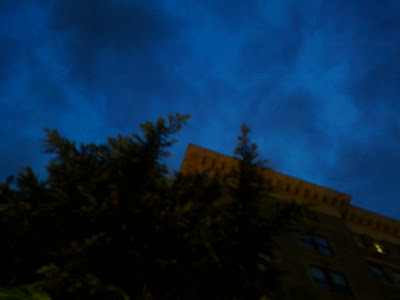 
The good news is the weather calls for a rainy, chilly day tomorrow into early Saturday. However, next week promises / threatens to be warm (82F-ish for a high) and humid with mostly sunny conditions. The tree pollen level is stratospheric, so to speak, but the knock-off (generic) Claritin I take is helping. A lot. 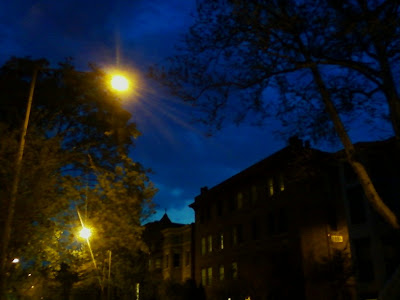 
The remainder of this entry is what I posted on my Arcturus blog...

First, I've mentioned before the paucity of lunchtime options around L'Enfant Plaza where I work.
There is one interesting tiny cafeteria (a canteen, really) I found in the basement of the Smithsonian Castle open only to Feds and contractors rather than the general touristy public.

Again, as noted, these days L'Enfant Plaza -- which is about to undergo a major renovation -- has virtually no viable food options remaining in its dreary little mall area. 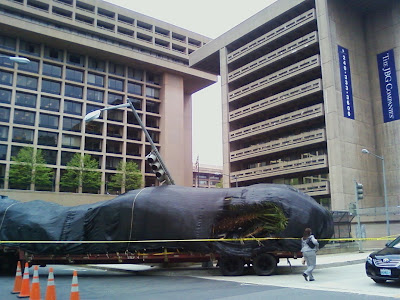 A large flatbed truck carrying a group of rather large live palm trees (to where??) under plastic wrap collided with a light pole / traffic signal on a turn too narrow for the vehicle, knocking it partially over.

The driver was not hurt, nor was anyone else -- just the pole and its attached traffic light. However, it took about three hours before all of this was removed.


As you may know, I get oddly obsessed with people, things, and places ...

Well, my obsessive topic last night was a geographic one, specifically, the northwestern most point of Tarrant County, Texas, which is the county where is located the city of Fort Worth, half of the Dallas - Fort Worth Metroplex, as the locals call it. It is located perhaps 50 miles from downtown Dallas. (I lived in Texas for part of 1980 and 1981 when I was 10 and 11 years old.) 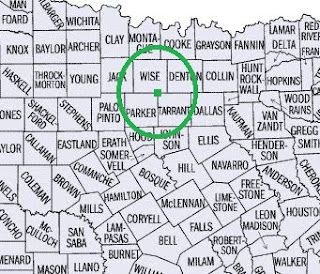 This is the point where Tarrant County meets Parker County (west side) and Wise County (north side). The Denton County line is farther east so its not a four county meeting point.


So it turns out that Tarrant County's official web site has an interactive map located at here. The town that occupies this northwestern most tip of Tarrant County and part of adjacent Parker County is called Azle.

On the interactive map site (after the pop-up disclaimer message is OK'd away), you can zoom in in either "map view" or "aerial view." And in that way, I found that the northwestern most corner is located probably under a tree along W. N. Woody Road (not sure if it means "West North" or is someone's initials). 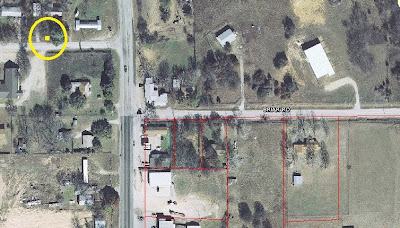 Here is where I estimate the actual northwest corner of Tarrant County to be -- in the yellow circle at the tiny yellow square.

I should note that these jurisdictional lines of the (many) square counties in the sprawling, thinly populated Great Plains states are ultimately based on the Homestead Act and related legislation with parallel east-west running baselines and north-south running meridians separated by fixed distances that require minor jogs since the Earth is a (big) sphere. 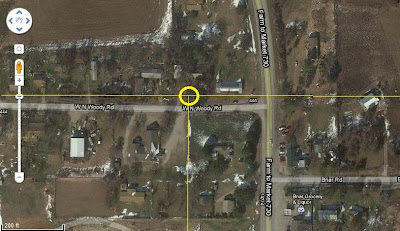 Here is the Google image of the same location -- with the lighting different since the Sun was in a different part of the sky and it appears to be winter with a scattered dusting of snow in places -- with the yellow lines and circle drawn in my me showing that same intersection of Tarrant, Parker, and Wise Counties, Texas.

OK, that really is enough. I need to sleep. My next update may not be until Monday.