Chop Suey -OR- In the Mood 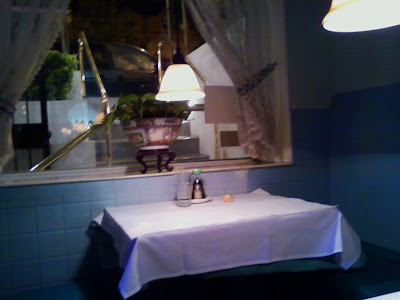 The picture has a sort of Edward Hopper-esque quality to it -- I'm thinking of Chop Suey. Of course, my favorite Hopper paintings are High Road and, yes, Chop Suey, which I've actually seen in person when it was at the National Gallery of Art several years ago. 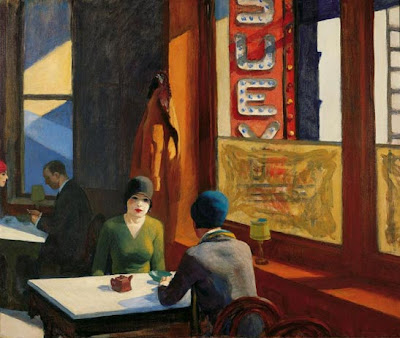 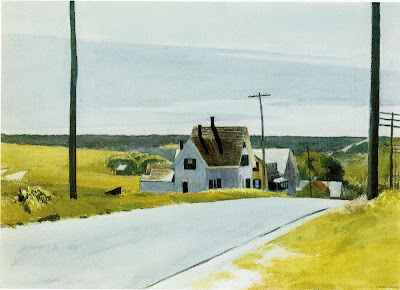 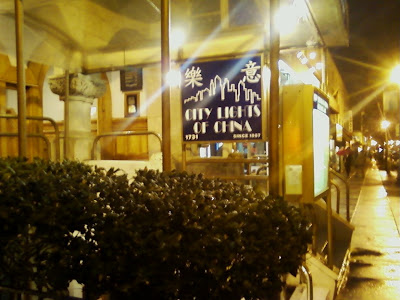 City Lights of China restaurant on a rainy night along Connecticut Ave., NW, Washington, D.C., 8:44PM, March 30, 2011.
This restaurant was once one of D.C.'s premier Chinese restaurants ... Although the Yenching Palace in Cleveland Park -- where I wanted to go to lunch with Mr. Sirius back in 2005, although that never came to pass -- was probably the oldest. Now it is a Walgreens.
#######

It is quite late (12:30AM) and I need to go to bed. I was at Larry's Lounge on a suddenly rainy night -- part of a cool, wet pattern in which we've been happily been lately -- with the usual gang. 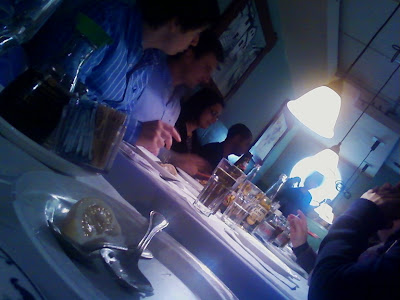 One more City Lights of China picture: A stealth image I took of a big group of Italian tourists who wandered into the restaurant ... Washington, D.C., 9:52PM, March 30, 2011.
I was sure they were going to be MUCH louder and more annoying than they actually were.
#######

I didn't finish that geothermal energy development report, or rather I won't have it completed it tomorrow. Earlier this evening and after work, I went to AAAS and saw the Secretary of Energy give a wonderful hour long talk on energy issues in the U.S. This is exactly the kind of stuff I write about all day long.
By the way, at work I've discovered the BostonPete.com internet radio station that I can listen to through my Windows Real Player, and in particular, the show called "Sound Stage". 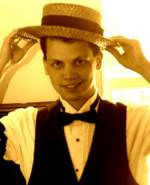 It is hosted by Bryan Wright featuring rag time, jazz, and (my favorite) Big Band music from the 1910s - 1950s. As you may know, I feel an affinity for that kind of music, esp. the 1940s stuff, and I think I lived another life during World War II.

I am intrigued by Bryan Wright, who is so articulate, soft-spoken and has an encyclopedic knowledge of such music. He must be quite young -- having graduated (I found from a Google search) William & Mary College in 2005.

And listening to this music certainly makes the day go by faster.

A YouTube clip of Glenn Miller's In the Mood, one of my favorites. The sound isn't that great, though.
#######

Man to Dorothy: "You don't like Glenn Miller?"
Dorothy: "ARE YOU KIDDING?? I was in the search party!" 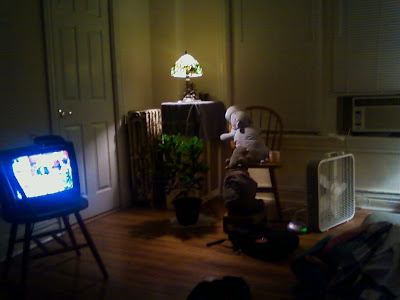 OK, that's all for now. I will update this blog over the weekend. I need to update my hidden Arcturus blog, too. I should just delete it -- esp. given the current content -- but whatever.
--Regulus
Posted by Regulus at 12:30 AM

i actually think that the second picture, taken from the outside of the restaurant with all the dark golden glow, has more hopper feel to it that the first one...

ps. how's your planning for the suumer trip over under going? i believe you should go!

Re. your first point, yes, I can see that but I was thinking more of those Hopper images that are basically still life ones ("lifes"??) that are imbued with such a lonely, empty feel.

Re. EYE-talians from New Jersey, be careful, because I'm one, although with a weird mix of Polish that makes the combo, well, weird. I recall a group of Italians on one of the ferries crossing the Irish Sea back in 1989 (I was traveling from Ireland to Wales). Golly, did they smell.

Now I don't "earn" that in not-quite-fully-declared tip income in just one week for being a vindictive and petty gay-hole bartender, oh, wait, wrong topic... Sorry...

I could use that money FINALLY to pay a month ahead on rent AND go to Cape May / Wildwood, N.J., and to Flagler Beach, Fla. (to see my 70-year old day) in the next 6 months.

Awwww-STRAIIYL-yuh may have to wait.

How long, maybe not in this lifetime.

P.S. Would like to see you soon. Let's go to the Florida Avenue Grill next time ...