**Updated 11:32PM 6/8/2014: Sufficient content has been removed from this entry that the post title has been rendered problematic, but I think it's for the best.** 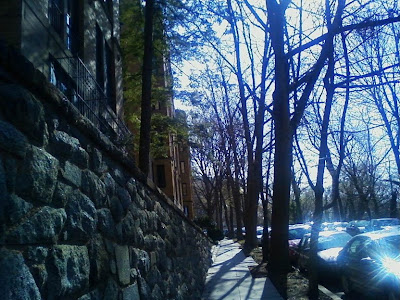 
My weekend was OK -- although lunch at the Washington Harbour with my mom got pushed back until next Sunday due to car trouble on her part. 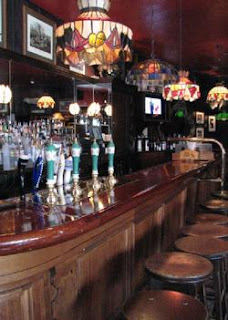 The highlight, if you can call it that, was my solo (none of my friends were around on Saturday) one-drink-at-each Georgetown-back-to-Dupont "bar crawl" walk from The Tombs to Martin's Tavern (more of a restaurant than a bar but I sat at the bar) to Mr. Smith's to the Black Rooster, and thence (after stopping home) to Nellie's and Larry's Lounge. I walked maybe 5 miles.


Above: Here is a picture of the bar at Martin's Tavern in a 2007 image that I found from the online Washingtonian magazine review. It was rather crowded when I was there.
####### 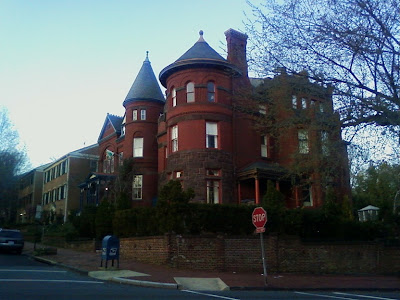 
I'm severely depressed and angry. I'm not sure which is more. I want to be out of D.C. within 2 years ... preferably with a great new job in a better city. My short list: San Francisco, Chicago, Fort Lauderdale, Minneapolis, Seattle, Portland, or Boston. Internationally, I would like Sydney, Auckland (heck, even Christchurch), Toronto, and Vancouver. 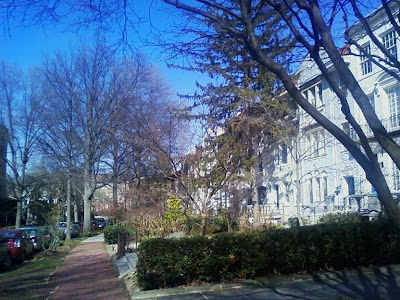 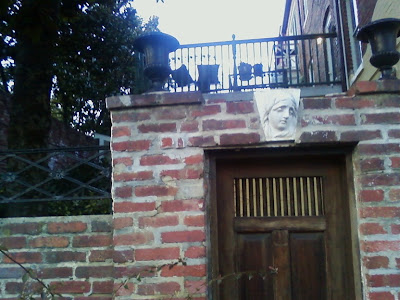 The backyard gate of the house at the corner of 34th Street and Volta Place, NW, Washington, D.C., 7:06PM, March 19, 2011.
This was as I was walking toward Georgetown University -- where everyone was shockingly young -- by sunset and then to the The Tombs, where it was so crowded I actually didn't stay long.
#######


I was busy at work today and the day went fast. I had to copy edit 16 scientist and industry executives bios and I prepared for my new assignment writing monthly progress reports. 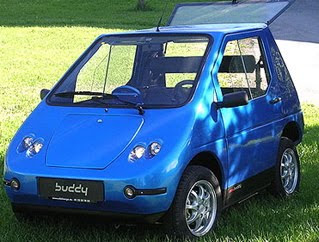 I also finished my write-up on the Norwegian electric vehicle market, which, interestingly, is mostly all-electric rather than, as in the U.S., PHEVs.

Above: THE NORWEGIAN BUDDY! Eco-friendly, yes, but I don't fancy its chances against a giant SUV.


But now I'm home with nothing but time and misery on my hands. I won't go out drinking tonight at Nellie's or Larry's Lounge. Actually, I might go to LL anyway for a drink.
It was a mild evening and I walked home from work -- near Elephant L'Enfant Plaza -- across downtown to my place near the U and 16th Streets, NW, intersection.
#######


Monday night and We TV shows its rerun marathon of The Golden Girls.
It's hard to watch the news tonight (although Lawrence O'Donnell and Rachel Maddow were good on the topic) because the Empire has decided to launch with barely three days notice ANOTHER war on ANOTHER Arab / Islamic country, even if it is one run by deranged thug. And it's on the silly pretext that Gabon and Lebanon but not Germany, China, Russia, India, or even Brazil want it.

But once again, as Glenn Greenwald would say, the U.S. is dropping FREEDOM BOMBS in some morally confused idea intended somehow to make Democracy to Flower while getting rid of evildoers. And, of course, the arm chair D.C. neocons can't get enough war while the religiously insane think it means Jesus is returning. 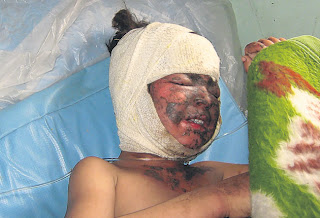 
And this time in the context of an Arab country's internal civil war. WOW! WHAT A GREAT IDEA!
Now let's wait until another one of our Freedom Bombs causes "regrettable collateral damage" and kills 23 people at a wedding party. And then the American media will wonder aloud, "Why don't they love us??"
For an Empire, we really are kind of nutty and schizophrenic in how we think and act.
Michael Lind's take on it is very good.


Anyway, did I mention I'm severely depressed? I'm going to go to bed early tonight. The good news is it is supposed to be wet and cooler for the upcoming week.

NAO trend since Nov. 2010 and forecast for late March / early April 2011.
In fact, the NAO (North Atlantic Oscillation / AO (Arctic Oscillation) -- they are basically the same thing and their are studies linking their positive versus negative phase to a global warming signal -- is supposed to go negative again for the remainder of March into early April.
** Updated 11:32PM 6/8/2014: Content removed** 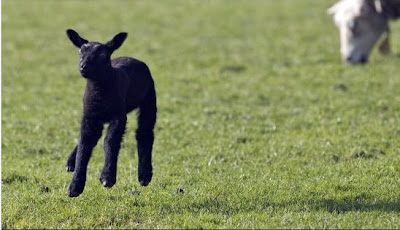 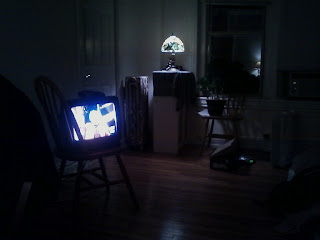 My apartment in all its 5th floor cave-like tininess. As usual, I have the window a/c turned on. I'm in for the night and will go to bed by midnight. I'm feeling better after having spent so much time on this entry and it is now just after 10PM and things are much more peaceful for me as they tend to be late at night.

Well, I guess that's all for now. My next planned update will be mid-to-late week. Let's see if I can make this the 5th entry with zero comments.