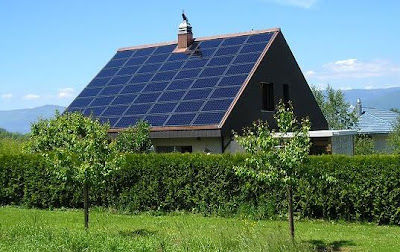 Solar photovoltaic panels cover a roof in some unidentified location (possibly in Europe) in a photo I found on the internets.

So EITHER Blogger has "updated" the HTML coding when you insert pictures to make EVERYTHING instantly justified before the next centered picture -- even when you don't want that -- or the problem is I'm using Internet Explorer instead of the Firefox I always used on my home computer. It's really bad when you want a left or right aligned picture with text running along it.

The problem occurs even when you compose in HTML mode. I have found this now in updating my Regulus blog and a quick update on that other, hopefully well-hidden blog (which I still think I need to remove outright).

I'm hoping to have my home computer functional by the end of the week.

Following a sunny, unseasonably warm morning (70F-ish), today turned out to be a rainy day (1/3" or so), which was welcome. Hopefully, it will continue to rain for a bit tonight and I can go to Larry's Lounge. The place is always best on a rainy night. I was at Larry's Lounge last night with Gary, Kristof, and J. (I'm not allowed to mention his name) and we watched the Academy Awards. 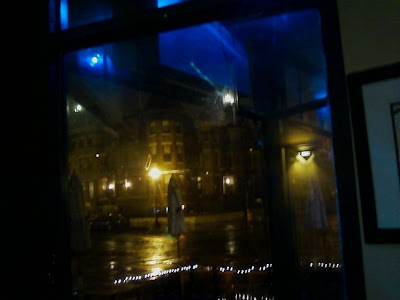 Two things about the Oscars: I want to see The King's Speech and I inherently detest Mark Wahlberg beyond description. I didn't realize he was only about 4'6" (as was obvious when he was interviewed in some pre-Oscar party). He must stand on a milk crate in all his scenes. He reminds me of one of those kangaroos in Australia that stand on their hind legs with chest puffed out.

The heavens opened up while I was at LL -- unexpectedly so -- over Dupont Circle and it must've rained a good inch, although DCA managed to get just 0.14". I had to dash home in the rain. More rain fell today. 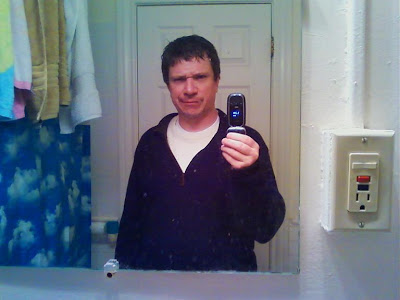 Here I am having dashed home in the rain without an umbrella. Hmmm. It doesn't seem to have the same effect as when Mr. Sirius or Mikey Osmond pose that way. 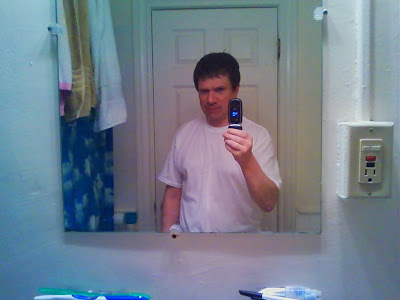 No, that doesn't seem to work much better either.

It was way late in this photo (it was taken at 125AM), and I didn't get into work until nearly 10AM, which is bad, but I let my boss know I would be late. And I made up the time today.