A Snowy Washington, DC Evening -OR- Sins Not Made as White as Snow 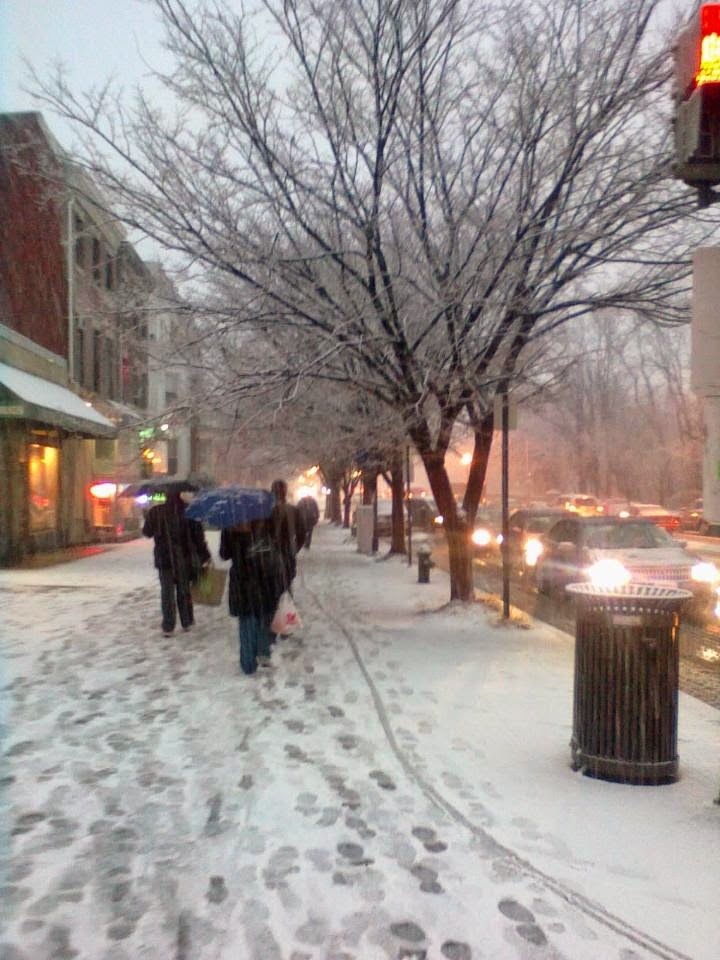 Connecticut Avenue near the Woodley Park Metro station, Washington, D.C., on a snowy / slushy evening, Jan. 26, 2011. Photo courtesy ChrisT.
It has become quite a messy night with heavy wet snow after a period of rain and sleet, although now as snowy dusk falls, the world actually is quite beautiful.

Earlier, there was even thunder snow, though I myself did not hear it (or see any lightning).

The Federal Government and most offices closed 2 to 3 hours early, but that was right when the heavy sleet was falling, and the city was as snarled mess. 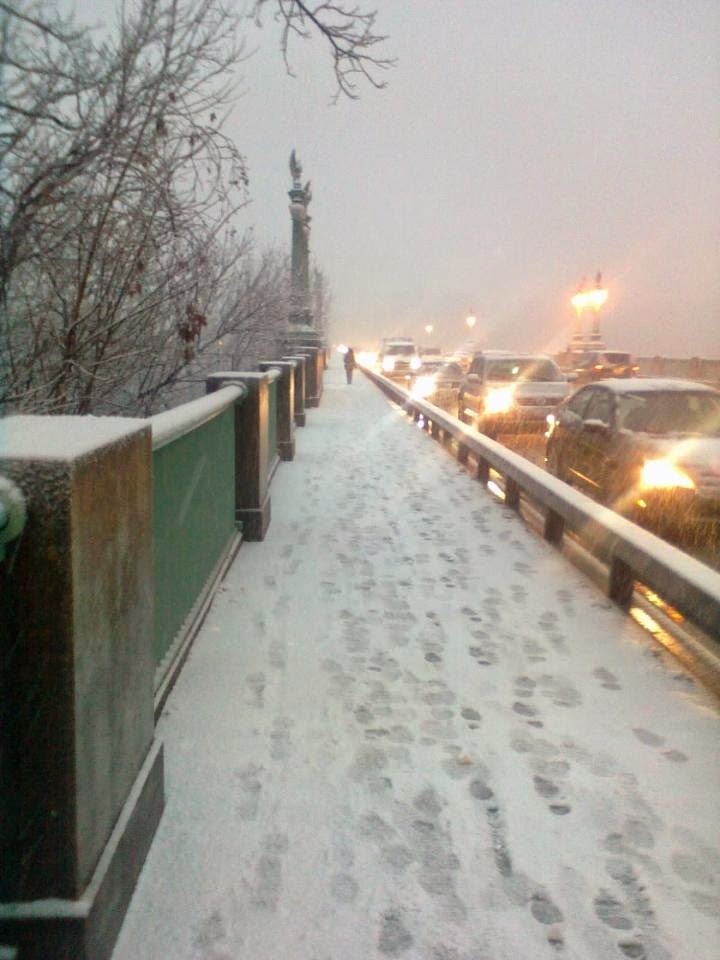 The Taft / Connecticut Avenue Bridge over Rock Creek Park on a snowy / slushy rush hour in an image taken a short while ago this evening by ChrisT.

I bought a pair of much heavier and studier walking shoes than the shitty old ones I had -- and walked out of the store with them (after paying, of course), as well as a needed pair of gloves.
That was an unexpected expense, of a sort, all $153.75 of it -- and coming after the $800 I paid today (wiping out half my remaining cash this pay period) to settle on the third of my five defaulted credit cards (the other two remain in a limbo).
Anyway, up to 6 inches of wet snow is expected in this vigorous storm system in D.C. 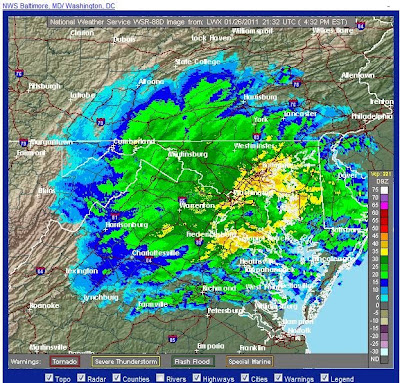 
I'll try to update this blog tomorrow (I suspect there will be at least a morning delay for the Federal Government). 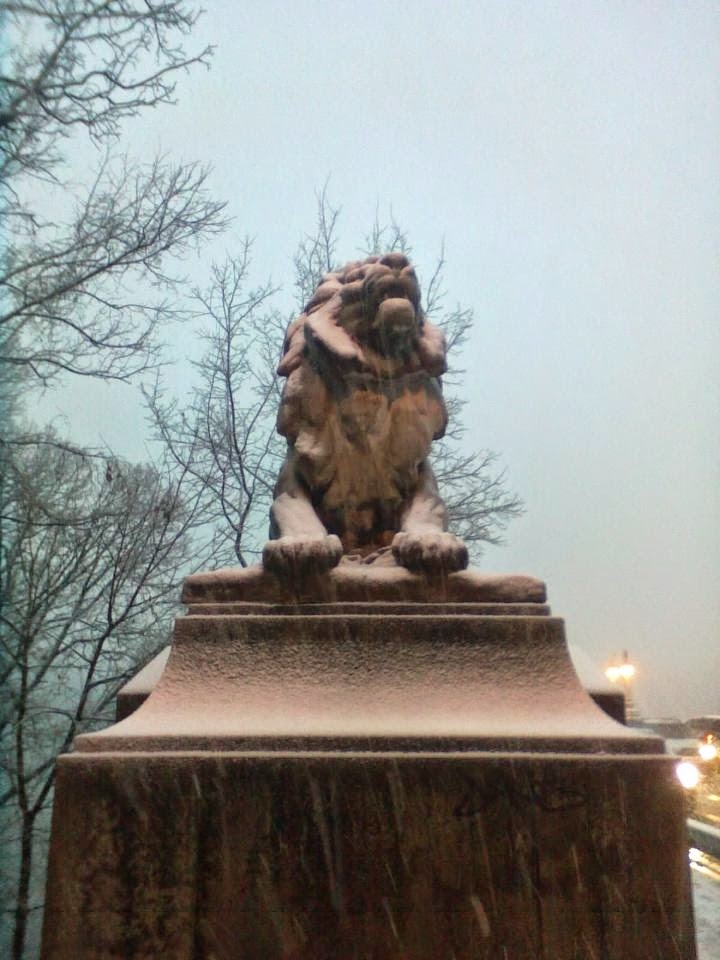 One of the giant lion sculptures that sit astride the ends of the Taft Connecticut Avenue Bridge, Washington, D.C., on a snowy evening, Jan. 26, 2011. Photo also courtesy ChrisT.

OK, that's all for now. I'm going to Larry's Lounge to meet Gary and Kristof and watch the snow for a bit (usually that's exactly when it cuts off).