Updated 9:00AM 6/3/2014: I have removed a significant amount of content from this entry, which renders the blog title somewhat problematic, but I think it's better to do so these 3-1/2 years after the fact. 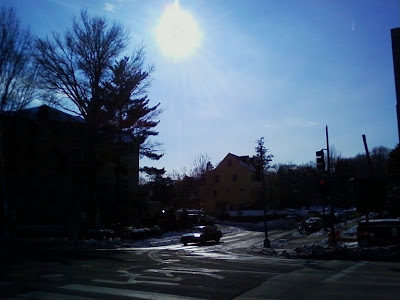 Devonshire Place as seen from Connecticut Avenue, NW, Washington, D.C., 2:23PM, Jan. 29, 2011. It was a suddenly sunny but still chilly January day. Someone very important to K. used to live up there but has recently moved away.
#######


I just returned from a trek up to the Van Ness part of D.C. where I viewed an efficiency in a building I like. I'm going to move there in early March. I then walked all the way back to my apt. via Adams Morgan and the Harris Teeter grocery store. It is about a 2-1/2 mile walk and it was during it that I took some of the pictures posted in this blog entry. 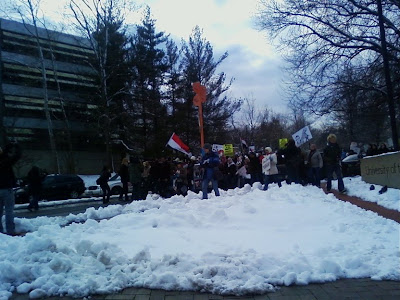 While walking down Connecticut Avenue this afternoon (Jan. 29, 2011) past the UDC - Van Ness campus, I chanced across a noisy group of protesters calling for Egyptian President Hosni Mubarak to step down.
Egypt, especially Cairo, is in the throes of anti-Mubarak protests and riots that have turned deadly, and this was a noisy but peaceful sympathetic one, I guess.
########

Some more images of the protest that I took ... 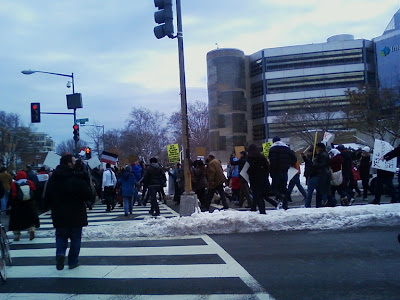 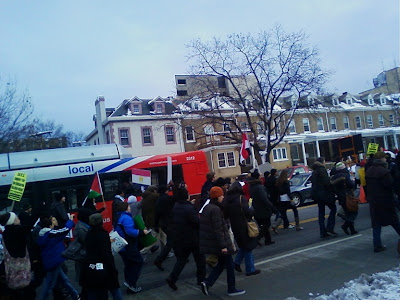 Here the protesters were actually marching down Connecticut Avenue, NW, blocking southbound traffic. I figured I wouldn't be getting an L2 bus anytime soon, so I just started walking.
The mostly young crowd was chanting various things in caller-response way to a guy with a mic including a syllable-challenged adaption of an oldie: "Hey Hey! Ho Ho! Mu-BAR-ak's got to go!"
How long has Hosni Mubarak been leader of Egypt? I think since 1981 when Sadat was killed. That's 30 years -- except it seems, like, 150 years.
####### 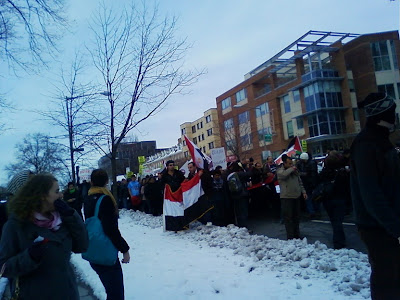 One last protest picture along Connecticut Avenue, NW, Washington, D.C., 2:07PM, Jan. 29, 2011.
The protesters were actually marking from the Egyptian Embassy, which is located behind the UDC - Van Ness campus. Of note, it is also located literally right next to the Israeli Embassy.
####### 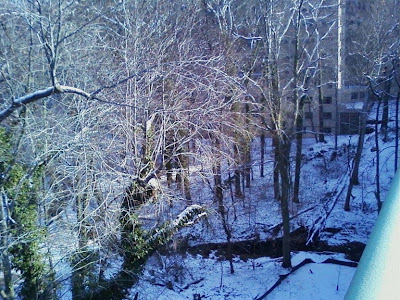 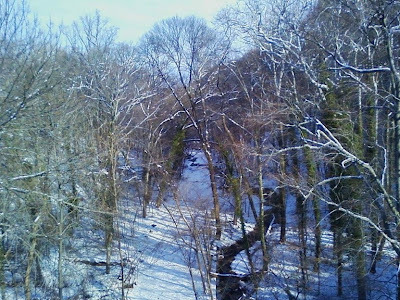 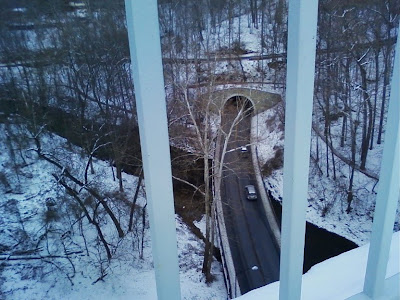 Rock Creek Parkway as it disappears into a tunnel as seen from the Duke Ellington Memorial Bridge that carries Calvert Street over the roadway and the Rock Creek itself, Washington, D.C., 2:39PM, Jan. 29, 2011 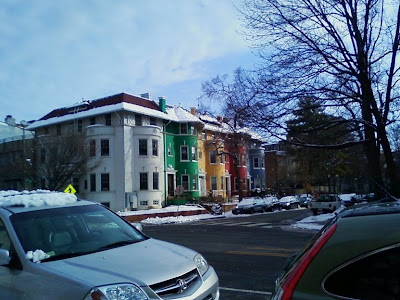 
As for my dad, he has decided NOT to move to the Delaware shore and will be staying in Florida -- but possibly farther north in the St. Augustine area as close to the beach as he can afford. I think that's a better idea.
Updated 9:00AM 6/3/2014: **Content removed**


My next planned update won't be until about Tuesday or Wednesday.
--Regulus
Posted by Regulus at 4:04 PM

oh and I have been in your hemisphere, and i saw lots and LOTS of snow!

You should look at my Arcturus blog to get a better sense of it all.

Yes, I knew you went to Hokkaido Island to go skiing and saw lots of snow ... but that's not quite the same weather pattern as here 8,000 miles away.

Hi Arc!
What the heck? I was coming over here to tell you I missed you & Bryan, & you're ranting on about something...as usual. :) But, that's what I love about you, consistency. I especially like that you are still hanging in there.

Concerned citizen! Crap! it's me Rita!