In January Sunlight and Winter Moonlight 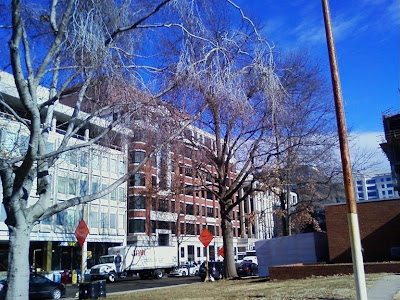 This is my midweek update. 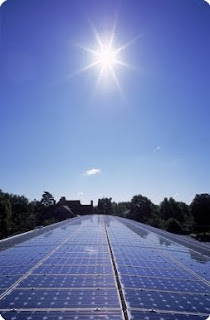 So far, it has been a good week -- at least job-wise, esp. this Wednesday as I received a nice compliment on my work. I put together a fairly comprehensive and detailed list of solar photovoltaic manufacturers (with an emphasis on U.S. ones).

I must have called about 40 manufacturers -- large and small -- in the past few weeks and created a color-coded Excel spreadsheet with all pertinent info.

On the other hand, I've been going out too much lately, but that's the inherent curse of living in the D.C. gayborhood.
I'm home now on a breezy, moonlit night. In fact, there is a Full Moon (or very nearly so) riding high in the night sky among a scattering of fast moving stratocumulus clouds and above the winter-bare trees. 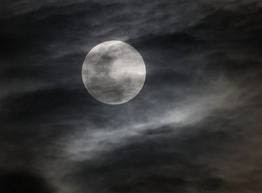 No, I didn't take this photo -- I found it on the internet. My little cellphone camera could not do the scene any justice of the iridescent Full Moon riding through the gauzy, creamy gray clouds.

I always recall at such times the Alfred Noyes poem The Highwayman, specifically, the opening lines: "The wind was a torrent of darkness among the gusty trees,

The moon was a ghostly galleon tossed upon cloudy seas,

The road was a ribbon of moonlight over the purple moor,

And the highwayman came riding,
Riding—riding,

The highwayman came riding, up to the old inn-door ..."

OK, the effect isn't exactly the same in downtown Washington, D.C., but you get the Moon - clouds idea.
######

It is about 40F now after a relatively mild day (temp reached 53F at DCA). Much colder weather is forecasted and there is a chance of a minor to moderate snow "event" late tomorrow into Friday across the Wash.D.C./Baltimore area, but I'm not going to play that frickin' tiresome, bullshit game now. 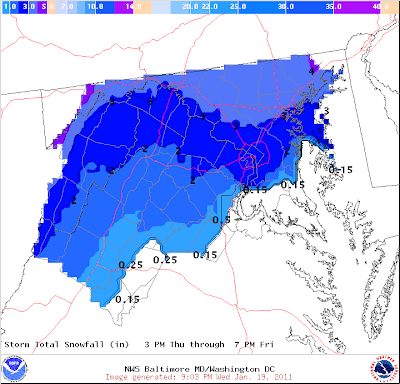 Here is the bullshit snow forecast for the Baltimore / Washington NWS County Warning Area (CWA) through 7PM, Jan. 21, 2011 as it now stands. This will be revised -- surely downward. Link here.
I'm watching reruns of The Golden Girls on WeTV at this late hour.
#######

OK, the remainder of this entry is a tad political. I'm going to keep it short since it is already kind of late ...
Rush Limbaugh Speaks Chinese! 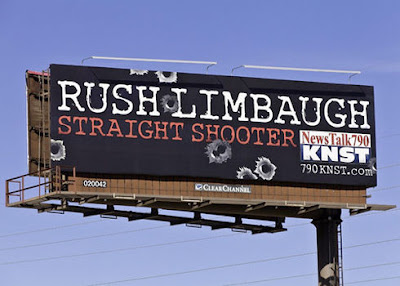 A billboard in Tucson, Ariz., for the Pigboy's radio show, with suitable imagery. Oh, and channel 9 the ABC affiliate in Tucson, Ariz., has station call letters "KGUN" (or rather, "KGUN9"). How appropriate -- esp. since ALL rightwing American political language and imagery is STEEPED in images of violence and firearms.
#######

Upton Sinclair and the Wonk Gap 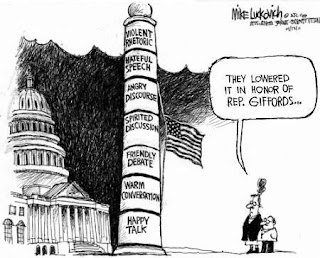 'One of the unusual and frustrating aspects of the health care debate is the sheer imbalance of people who understand the issue at all from a technical standpoint. Even the elite policy wonks of the right make wildly incorrect claims about the issue.'

"First of all, I don’t think this is unique to health care, or especially unusual. Monetary policy, fiscal policy, you name it, there’s a gap, although not quite as large as on health.
"Second, I’m surprised that Chait doesn’t refer to Upton Sinclair’s principle: it’s difficult to get a man to understand something when his salary depends on his not understanding it. In fact, in general right-wing think tanks prefer people who genuinely can’t understand the issues — it makes them more reliable. 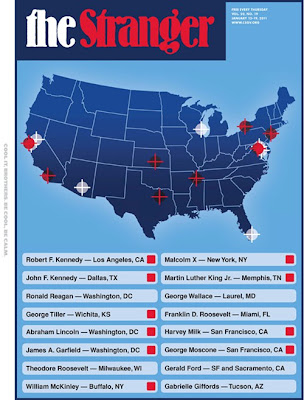 "Doesn’t this apply to both sides? Not equally. There was a time when conservative think tanks employed genuine policy wonks, and when asked to devise a Republican health care plan, they came up with — Obamacare! That is, what passes for leftist policy now is what was considered conservative 15 years ago; to meet the right’s standards of political correctness now, you have to pass into another dimension, a dimension whose boundaries are that of imagination, untrammeled by things like arithmetic or logic. 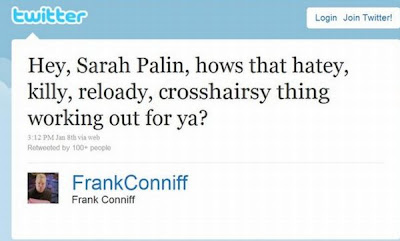 "Wouldn’t the right be better served by better wonks? No. For one thing, they’d be unreliable — they might start making sense at an inappropriate moment. And, crucially, the media generally can’t tell the difference. I’ve had long exchanges with reporters over the doc fix; let me tell you, it’s very, very hard to get the point across. People like me tend to think in terms of simple thought experiments, but reporters keep wanting to dive into the political ins and outs, no matter how many times you try to say that those are irrelevant.
"Or maybe the simplest way to say this is, Ignorance is Strength. And why tamper with a winning formula?"
#######

Paul Krugman also had an excellent column in the regular New York Times last week on the topic of the political climate in the country right now: "A Tale of Two Moralities" that is worth a read. The link is here. 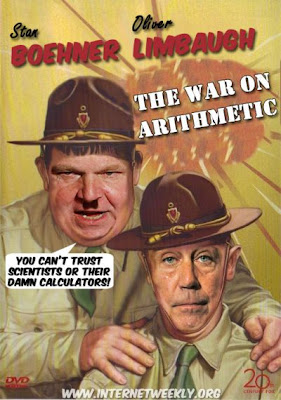 "But the truth is that we are a deeply divided nation and are likely to remain one for a long time. By all means, let’s listen to each other more carefully; but what we’ll discover, I fear, is how far apart we are. For the great divide in our politics isn’t really about pragmatic issues, about which policies work best; it’s about differences in those very moral imaginations Mr. Obama urges us to expand, about divergent beliefs over what constitutes justice.

"And the real challenge we face is not how to resolve our differences — something that won’t happen any time soon — but how to keep the expression of those differences within bounds."
#######

And with that, I will end this entry. My next planned update will be on Friday or Saturday.
--Regulus
Posted by Regulus at 10:38 PM