This entry is a direct reposting of the entry on my Arcturus blog, but it's late and I'm too tired to write a new entry. 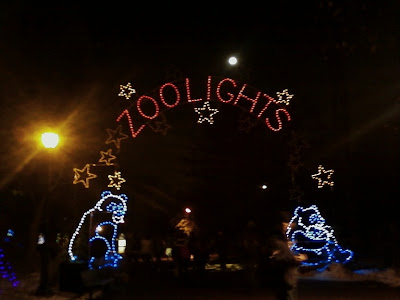 The entrance to the National Zoo's ZooLights 2010 holiday season outdoor light display (this year with free entrance for walkers), on the Connecticut Avenue entrance side, Washington, D.C., 6:32PM, Dec. 20, 2010.
#######

Tonight I went with K. and Hippo to the ZooLights display at the National Zoo and then to a very nice dinner at the Zoo Bar Cafe just across Connecticut Avenue from the main entrance. 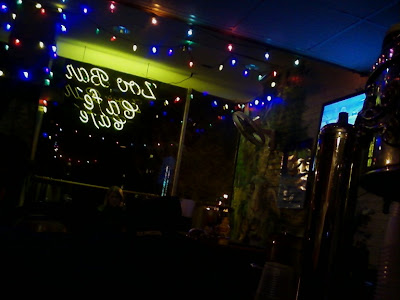 Actually, we met there before going to ZooLights as well -- and I had a (pricey) rum and coke drink. But the interior was pleasant and the bartender was playing Big Band music on his iPod.
Speaking of which, I need to introduce Hippo to my hippos, especially Flippo, Harvey, and Little Aurora. My hippos tend to stay comfy under the covers of my bed rather than travel about, at least visibly. 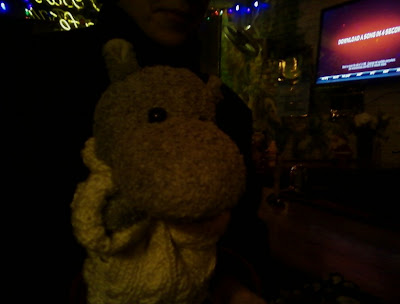 By the way, it turns out a collection of hippos is more properly called a "bloat" of hippos rather than a "pod" of hippos. 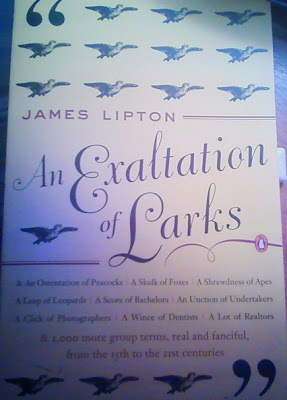 These are "nouns of assemblage" (or collective nouns) and the lineage for these things dates back to at least the 15th Century and The Egerton Manuscript and The Book of St. Albans, as referenced in James Lipton's An Exaltation of Larks.

While at the zoo -- which, alas, no longer has a hippo -- we walked through the big primate and small mammal house exhibits. The Zoo quickly filled up with people, especially young children and annoying teenagers.
It was a lovely albeit cold night beneath a full Moon -- set to have a total lunar eclipse a bit later tonight and on the night of the winter solstice. 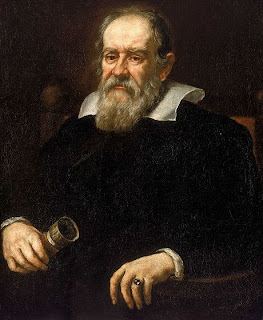 This hasn't happened since Dec. 21, 1638 -- when Galileo was alive to see it (!), except he was already blind by that point and under house arrest.

Prior to 1638, it hadn't happened at least back to AD 1 (source here) and certainly well before that.

But it should happen again in 2094, though I'll be gone probably by at least a half century by that point. 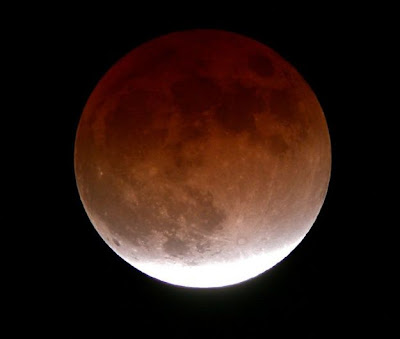 A total lunar eclipse in progress, Nov. 8, 2003. A truly surreal sight would be seeing this from the Moon -- where it would be a solar eclipse as the Earth (filling a much larger portion of sky than the Sun from this distance) blocked the Sun for hours but Earth's atmosphere would create an asymmetrical circle of orange light. That light would bathe the lunar landscape in an eerie coppery orange light.
####### 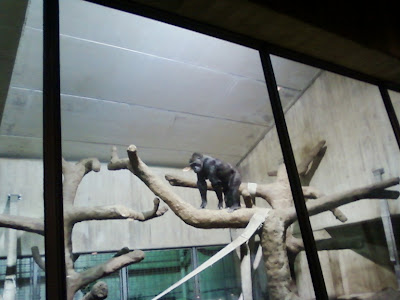 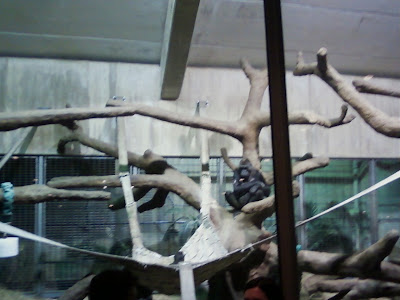 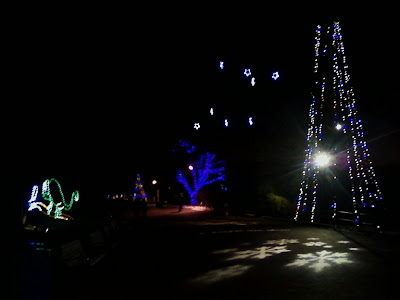 We still APPEAR to be on track for accumulating snow on Christmas Day in the Baltimore / Washington area, er, I mean the "Washington / Baltimore / Northern Virginia Combined Statistical Area." 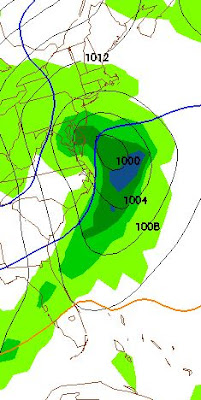 There has been a good model run consistency with the GFS for the past four runs and overall in the past few days. The current run would give us about 5 inches of snow.

Anyway, returning to the topic of snowy Christmases in the Washington, D.C., area ... 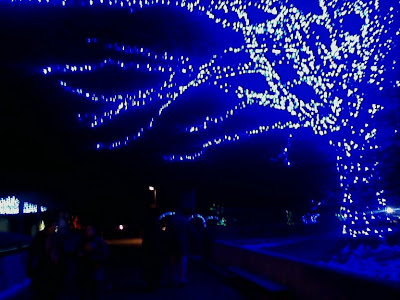 Baltimore (BWI Airport) did not break its daily record in the 1969 storm since it was eclipsed by 9.3" that fell on Dec. 25, 1909 (a pre-BWI Baltimore record) that was part of the "Great Christmas Snowstorm" stretching from the Baltimore suburbs (Washington, D.C., had about 5" -- not as much "officially" as in the 1969 event) up to New England. 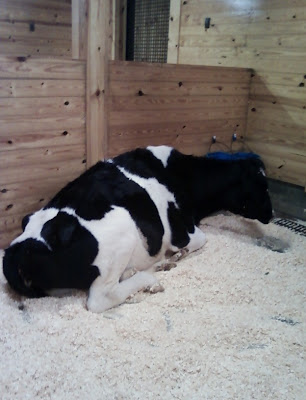 The most recent "snowy" Christmas was a whopping 0.2" that fell on Christmas Day night on Dec. 25, 1993 -- part of a series of snow squalls that dropped up to 2" in other parts of the D.C./Baltimore area.

Anyway, my current Christmas plan is to visit my mom on Wed. night - Thur. and return on Friday (Christmas Eve) head of any accumulating snow.
--Regulus
Posted by Regulus at 12:43 AM

oh and by the way I watched the remains of the lunar eclipse rise from the ocean. it was evening and the sky was changing from warm pick to luminous blue.
Very pretty.

Alas, I did not see the lunar eclipse at all -- I was quite asleep. The sky you describe sounds lovely.