Updated 10:30PM 12/16/2010: So the trial is still in deliberations phase. Oh, and I'm the jury foreman. It's an interesting experience but I still can't talk about it. My employer is being very good and easy about this. As for snow, about 1.5" fell and it was a nice snowy day overall. My next planned update will probably be Saturday.
####### 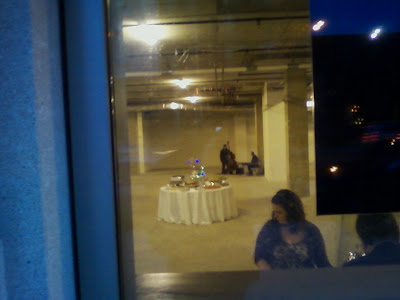 So (as I mentioned in the update to my previous entry), I ended up serving on a criminal trial in Superior Court of the District of Columbia . Once the trial is over, I will relate additional details. The trial should be over today and then deliberations begin. It is an interesting case. 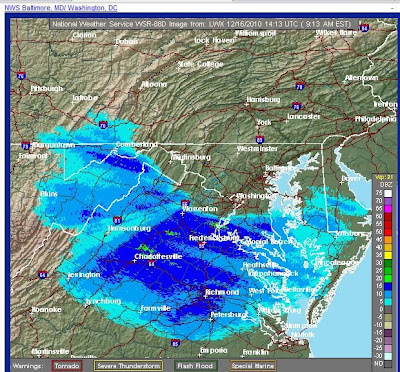 An unexpected wild card in this is the weather -- 1 to 3 inches of snow is expected and the area is under a winter weather advisory while there is a winter storm warning south of here across central Virginia. 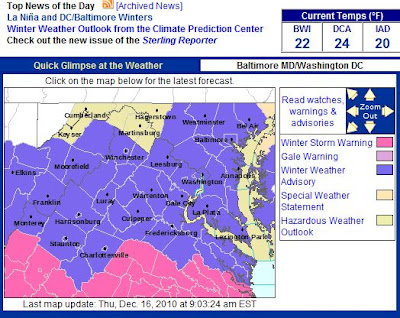 Here is the 903AM updated County Warning Area (CWA) map from Sterling (LWX) for the Baltimore/Washington NWS forecast office region.
####### 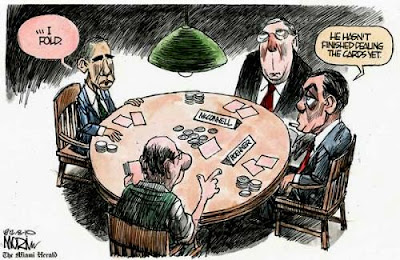 "Right now China is kicking our ass while loaning us money.

I just saw some worldwide intelligence rating where China came in first, second and fourth. America, as always, was down around 17th or so. They're also investing heavily in green technology which, again, America says is 'for fags only.'

Why is China kicking our ass?

Because China isn't following the instructions of some non-existent cloud being.

There are no Sarah Palins in China, no Bush bastards, no Rick Santorums and no Jim Inhofes.

China doesn't spend their days worrying about passing laws to prevent a Sharia takeover of their courts.

They don't spend time and money trying to make Chinese their official language.

But America is mired in that shit and we're further hampered by a opposition party of mice.

I'm glad I don't have kids.

Think how fucked America will be in a few more years..."

Also helping China's efficiency is their willingness to compromise things like freedom and workers' rights for the sake of prosperity and stability. Does that warrant a mention?

In the interest of making all my readers feel welcome, in particular those that I know in the real world as friends, I have decided to avoid needless political discussions. I realize I invite these by being so political.

Anyway, I plan to update this blog tomorrow or maybe Saturday. The jury duty is not yet over. I'm the foreman.

I thought needless political discussion was part of your goal for this blog.

No, what I meant is that I already upset Mike G. with my comments about Obama, and I thought I was doing the same with you and I don't want to do that.

Oh, I see. Well, I'm almost unoffendable, so don't worry about that.