Mistrial -OR- Washington, D.C. Sins as White as Snow 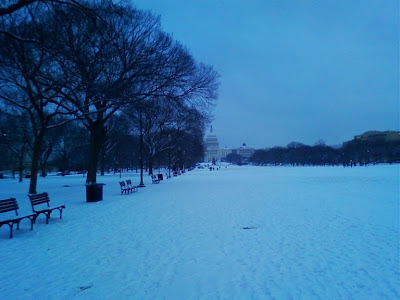 The U.S. Capitol Building as seen from about a half mile away from 7th Street, crossing the National Mall, on in the deepening soft gloom of a snowy late afternoon, Washington, D.C., 4:19PM, Dec. 16, 2010.
The pictures in this entry were taken variously over the last several days (mostly by me with my little cell phone camera). They are not directly related to the topic of the entry except insofar as they were taken in the vicinity of D.C. Superior Court and between it and L'Enfant Plaza where I work. That route happens to cross the National Mall.
They are posted more or less chronologically. 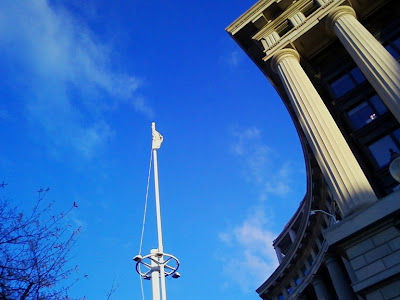 The (painfully) early morning view as I emerged from the Archives - Navy Memorial - Penn Quarter Metro station into the Navy Memorial plaza, Washington, D.C., 7:52AM, Dec. 15, 2010.
I was heading to the H. Carl Moultrie I Courthouse Building -- that is, Superior Court of the District of Columbia.
#######

So the trial on which I was serving as a juror -- in fact, I was the jury foreperson -- ended in a mistrial because we the jury were unable to come to a verdict. We had a hung jury -- not to be confused with D.C. lesbian bar of same name. 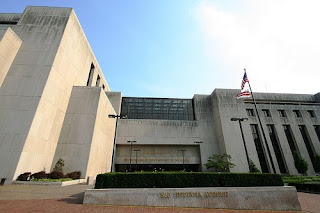 Here is a picture of the building I found online.

Oh, and if you EVER have to be there, USE THE SIDE ENTRANCES (such as the Family Court side) because the main Indiana Avenue entrance now has 20 to 45 minute long security lines at its busiest time.

Oooh, and the parade of dysfunctional, screwed up, broken and lost humanity that passes through that building every day ...

As a jury, we were deeply split and opinions were not going to change. I thought the judge was going to keep us there until next week but the mistrial came yesterday late afternoon. It was a gun possession case involving a young man with at least one prior felony conviction. 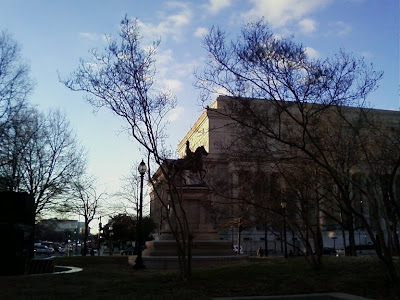 The case essentially involved whether or not we (the jury) believed the courtroom testimony of two D.C. Metropolitan Police Department (MPD) officers, including a white arresting officer and his African American colleague and subordinate, versus a young African American man with at least one felony conviction in his past, and who was driving around as a backseat passenger in a car at 1215AM with a loaded gun and no identification on him in a bad part of the city (Petworth in the vicinity of Warder Street and Park Road). 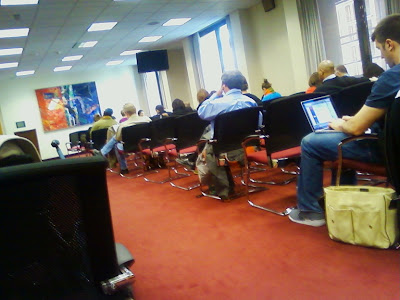 Here were my "fellow citizens" in the juror's lounge on the 3rd floor of the H. Carl Moultrie Courthouse Building waiting to do our duty ... civic, that is ... Washington, D.C., 9:43AM, Dec. 15, 2010.
D.C. has such a relatively small population (about 600,000) compared to most states, but so much urban pathology that jury rotation is only every 24 months, though I managed to go nearly 7 years before they got me (when I updated my voter registration info).
####### 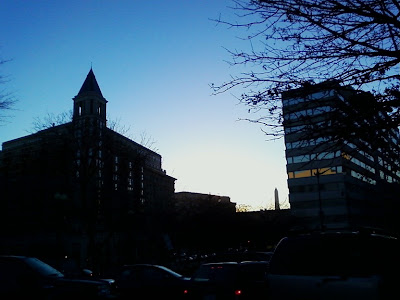 The Penn Quarter section of Washington, outside D.C. Superior Court at dusk with the Washington Monument visible, 4:27PM, Dec. 15, 2010. This was after my first day when I had already been selected and I was walking home.
#######

But the question we had to answer was whether he had the gun on him or if it was just in the car. Initially, I thought (feared) there was going to be an implication that the officer -- who was with the MPD's crime suppression section and traveling in an unmarked car -- had planted the gun. I also thought this was going to have a big racial angle to it but thankfully it did not. The jury itself was about half black (and I was the only white guy). But those jurors were quite split and argued among themselves. 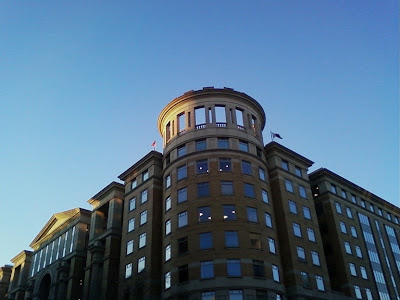 In terms of this man's past, all we were allowed to know is that he had one previous conviction involving drugs back in (I believe) 2007. However, in looking today through the D.C. Superior Court's online docket -- I waited until after the trial was over as the judge instructed us not to do any of our own research -- I have found more information on the defendant.
####### 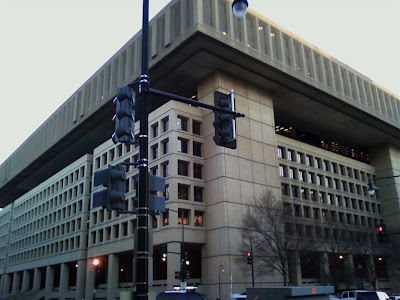 I was actually ambivalent -- could have gone either way -- except in the end I probably would have not reached in my own mind the "beyond reasonable doubt" standard.
I would go into more details on my concerns, but perhaps it's best if I don't relate them in writing on a blog. I am free to talk about the case now, but I would be more comfortable not relating it here. The defendant is likely to be retried. 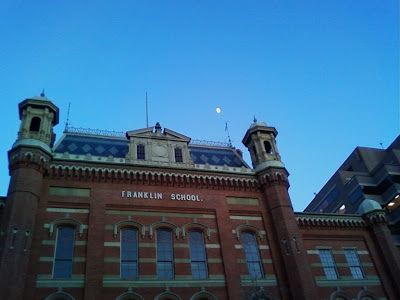 Anyway, if you want to more information on the case, go to the D.C. Superior Court docket main Webpage here and click on "Search by Case Number" on the right side. You will be taken to another page. Enter "2010" for the year. Next click on the toggle button and find "CF2." Then enter the case number 017133.

You may also search by name, but I'm not going to write the defendant's name in this entry, so instead you'll have to use "Search by Case Number" to find it. 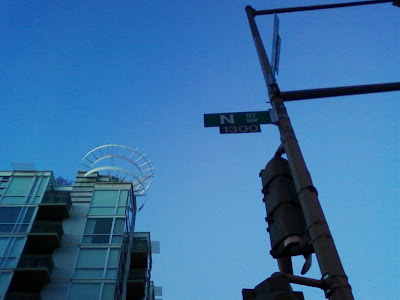 The defendant's middle name is variously listed as "C" or "N."

Upon review of this docket, I did not realize the defendant was in jail the entire time since the arrest in mid September.
Oh, by the way, my juror number was 666. No, really.
####### 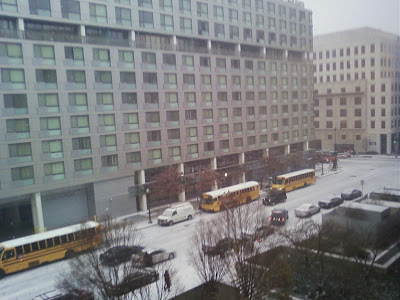 Snowy morning looking at the C Street backside of the Newseum from the 2nd floor of the Moultrie Building, Washington, D.C., 10:34AM, Dec. 16, 2010.
This was the morning that the trial was wrapping up but before deliberations began.
####### 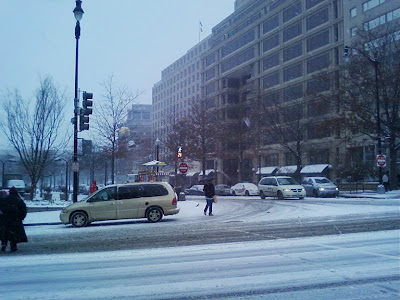 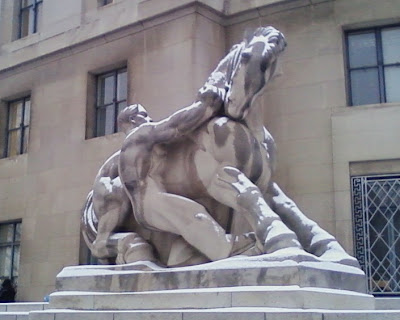 This is the "Man Controlling Trade" sculpture outside the FTC Building, Washington, D.C., 4:16PM, Dec. 16, 2010.
The sculpture was made in 1942 by Michael Lantz and it is in the style of those 1930s grandiose Art Deco -- even slightly fascist -- sculptures, this one of a stallion being brought under control by a powerful looking man.
####### 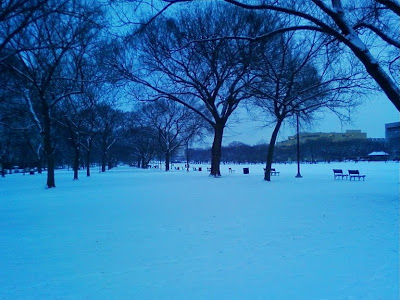 The National Mall on a snowy day, Washington, D.C., 4:19PM, Dec. 16, 2010. The U.S. Capitol is just out of view behind the trees in the distance. This is just a few steps from where I took the lead image of this entry.
I was walking to my office after the second day of the trial with initial deliberations had concluded.
#######

Th deliberations ended and a mistrial was declared on Friday (Dec. 17th) just a few hours before my company's holiday party held in Ballroom B of the L'Enfant Plaza Hotel.
I first walked to my office by 400PM but nearly everyone had been allowed to go home at 3PM ahead of the party. One of my co-workers was still in the office. She lives in Virginia and did not want to go home only to have to come back immediately. We went over to the hotel and had a drink in the Foggy Bottom Brew Pub hotel bar. I met some other co-workers here and Gary (my date) and Kristof (my co-worker M's date) showed up right around 6PM and we went to the initial reception and then to the dinner. 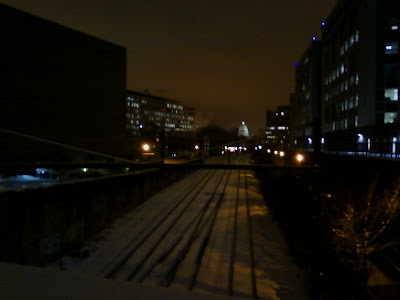 The U.S. Capitol Building as seen from the L'Enfant Promenade overpass of the Amtrak / VRE / CSX freight train line on a softly overcast and cold December night following a snowy day, 5:44PM, Dec. 16, 2010. This is right near where I work.
#######

Thereafter, we ended up taking the Metro to Dupont Circle from L'Enfant Plaza and went to Larry's Lounge, where we met up with Chris T. and his friend and also Jamie.
Later on, Gary and I went to Cobalt for a little while but it was already nearly closing time (245AM). 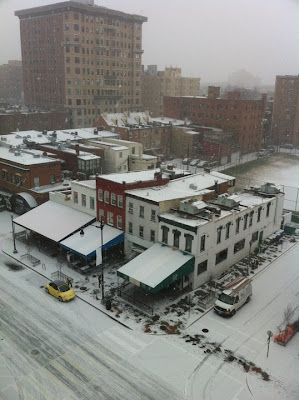 This picture was taken from the upper floors of the Copley Plaza and that is, of course, the historic Cairo building -- the structure that prompted the initial height restriction on buildings after its completion in 1984 for fire safety reasons that subsequently was codified by Congress in 1899 and then amended in 1910 (the Heights of Buildings Act of 1910), mostly for aesthetic reasons into its current form.

BTW, the above picture was sent to me by Chris H -- no, not the bartender, the (former) painter -- and the caption was Hell Freezes Over. 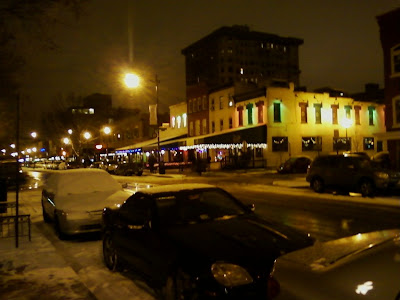 While last night overall was very nice, I really don't feel well today. I have a bad / tingling head and I'm nervous and worried. I just have this general sense of foreboding and dread. But then again, that's not THAT unusual for me. 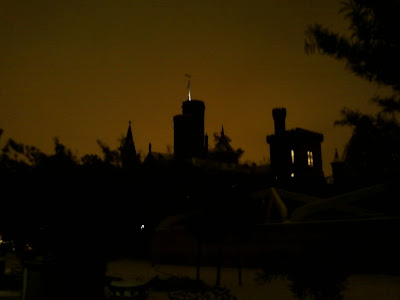 Today is a cloudy, chilly, gloomy day here in Washington, D.C., and environs. There are some snow flurries / light snow showers in the area. 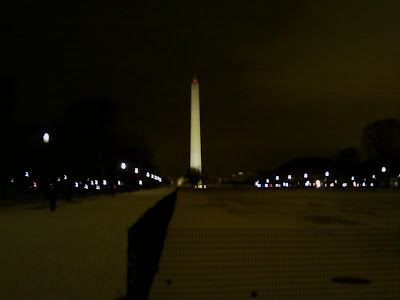 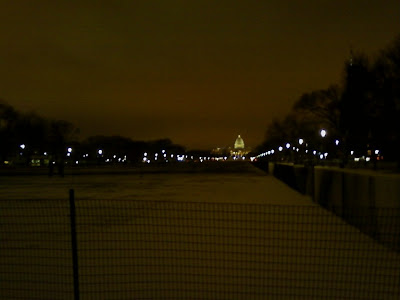 This is the view in the opposite direction from the spot where the above image was taken. This is by the Smithsonian Metro station entrance (right on the National Mall), Washington, D.C., 5:53PM, Dec. 16, 2010.
####### 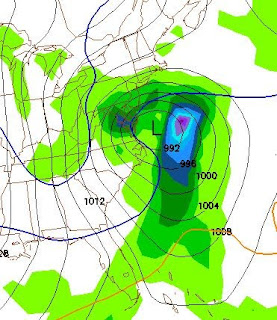 I am planning on staying at my mom's place near Glen Burnie from Thursday evening until Saturday (Christmas Day) and then riding back with Gary to D.C. However, if it is going to be a genuinely snowy white Christmas -- and that basically has not ever happened in my nearly 30 years of semi-continuously living in the Baltimore / Washington area except for a snow dusting Christmas night in 1989 and maybe one other minor event* -- I'm not sure if this will change my plans.
*The last actual snow "storm" in the mid-Atlantic on Christmas was in 1969 -- when I was a one month old baby in New Jersey. It is a very rare event, probably once every 50 years or so if I had to guess a number for it. But climate change will alter that frequency, as it probably already has.
####### 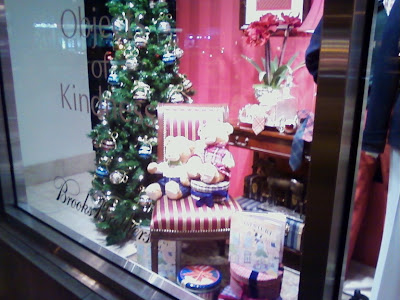 OK, I think that's about all for now. Oh, yes, so our completely locked up and broken / dysfunctional Senate actually managed to do something good and it repealed the vile "Don't Ask Don't Tell" discrimination policy against having gays and lesbians serving in the U.S. military.
Now we're just a few weeks away from the new GOP crazies coming to power, esp. in the House. Obama has already announced a broad new "Surrender First" agenda. 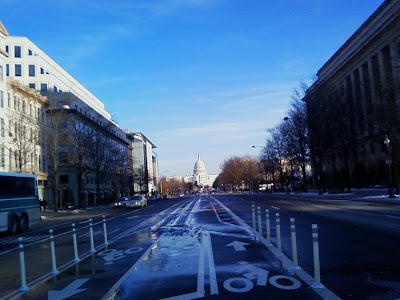 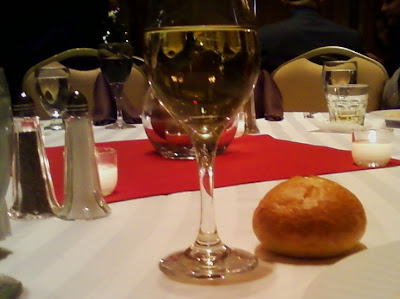 And with that, I really will end this entry. Barring disaster(s), my next planned update will be between Monday and Wednesday.
--Regulus
Posted by Regulus at 3:41 PM