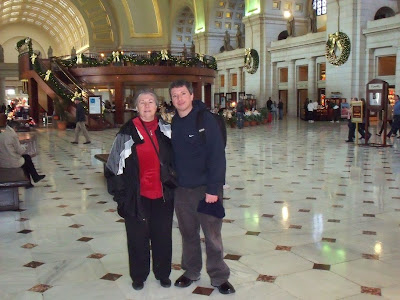 I have some more pictures from my Saturday afternoon lunch at Union Station including this one of my mom and me that Ray took, Nov. 27, 2010.
#######

It's late on Monday night and I just updated my other blog. I've been feeling less than healthy - well the past day. I've never been flabbier but I also have headaches and various tingly pains throughout my body. I may be dying.
Oh, and I got a haircut earlier this evening -- and now I look like a vapid and pasty-faced war refuge from central Europe. 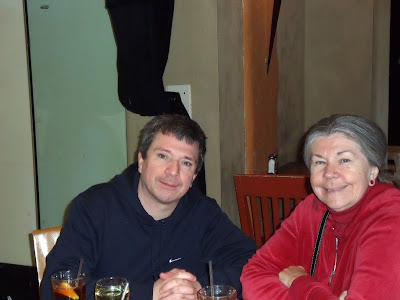 Last night, I had a very nice dinner with K., my friend and Hippo himself from the Hippograms blog. We three went to Luna Grill on Connecticut Avenue. 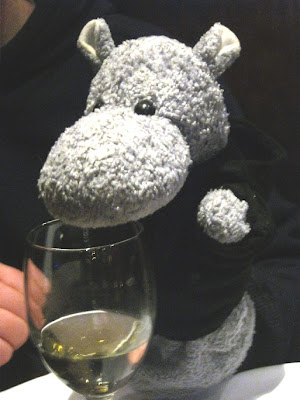 Here Hippo enjoys a class of white wine.
I have to have Flippo and the rest of my pod meet Hippo at some point.
Of course, have a festive dinner / Cobalt sort of night made my morning all the more difficult. Actually, I was more just stressed out about the air mattress thing by the time I got home and my sleep wasn't particularly restful.
As for my day, I was dreadfully and even scary slow at work all day (scary because I keep wondering how / why they are going to keep me on) although toward the end there were some promising signs -- including being given permission to go to the ACEEE 30th anniversary policy and analysis conferences here in D.C. next week.
I DID buy a certain someone an flashlight air pump ... in fact, a whole new air mattress ... I'm hoping that ends a certain unpleasant episode. 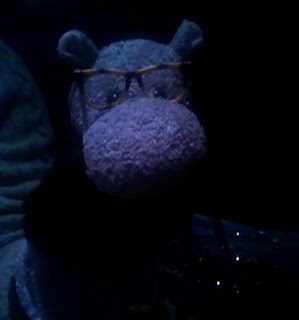 Here is another picture of Hippo in his glasses and a hoodie seated at the table.

However, this photo was with my cellphone camera and it was quite dim in the restaurant.

When I got home, I discovered I had a package in the side storage room. I thought it was a summons for yet another credit card small claims case, but it was (speaking of pods and other animal groupings) actually a present from Quill: James Lipton's An Exaltation of Larks.
Also today, I firmed up my Christmas plans, but I'll write more about that in a subsequent entry.
#######

Oh, yes, I COMPLETELY forgot to mention in my previous entry that my mom, Ray, and I went to the National Portrait Gallery after lunch at Thunder Grill in Union Station. We saw the Hide/Seek (probably not Ray's first choice to see) exhibit of gay and lesbian art and the Elvis at 21 photo exhibit. 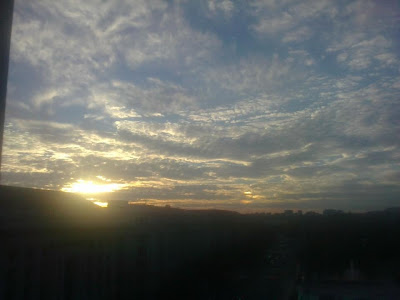 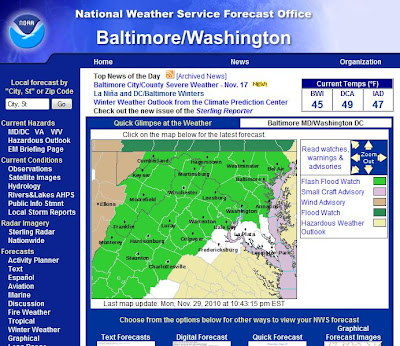 Here is the Sterling (LWX) NWS county warning area (CWA) map advisories as of quarter to eleven tonight showing a flash flood watch in effect for most of the region including the I-95 Metro areas. 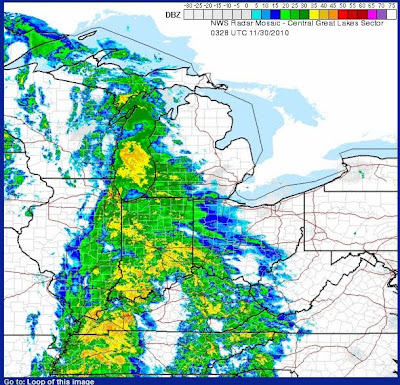 OK, I think that's all for now. The dinner I ate isn't sitting too well. Boo.
--Regulus
Posted by Regulus at 11:15 PM