Lunch at Union Station and Other Weekend Doings 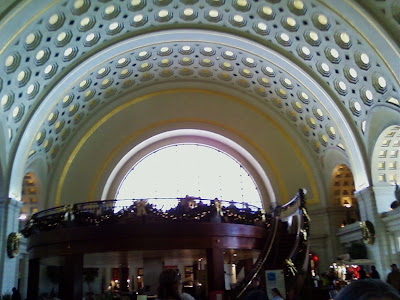 Just a quick update to say that I'll try to update this blog either this evening or tomorrow night in time for Tuesday.
Updated: Actually, this entry ended up being significantly longer than I thought so I probably won't update it until at least Monday night. 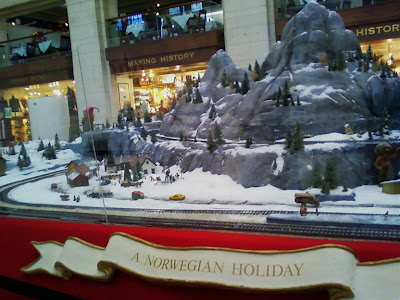 The giant "Norwegian Holiday" train display that is set up each year at Union Station here in Washington, D.C. "Giant" troll dolls and troll babies lurk in the crevices and caves of these "mountains" passing through a snowy - mountainous Norwegian landscape.
#######

My birthday weekend was mostly crappy and/or the usual sad stuff -- and the usual three bars that I go to. My birthday was actually Friday, Nov. 26th. 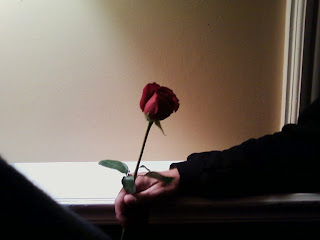 Here someone I know from Windows (can't think of his name) holds a rose.

This was at quarter after two AM.

As I said, just a typical weekend for me. 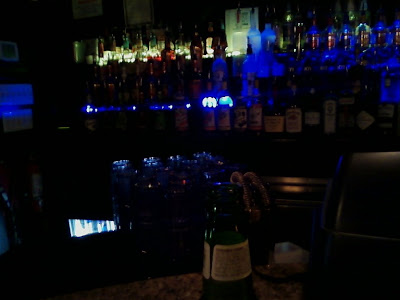 The BIG HAPPY EXCEPTION was the nice afternoon lunch / visit with my mom and Ray at Thunder Grill at Union Station. (The name is appropriate if only because the trains passing literally underneath it actually shake the place.) We had intended to go to the Washington Harbour area but it was kind of blustery and cold outside. I had an excellent New York strip steak, spinach and potatoes.
My mom and Ray came into D.C. from near Glen Burnie. My mom also gave me a gift card with $100 on it that I really could use (to buy new clothes).

"Now use it for yourself. Don't buy anything for your rich friends," she said. I had just told her the approximate incomes of some of my current and former friends. 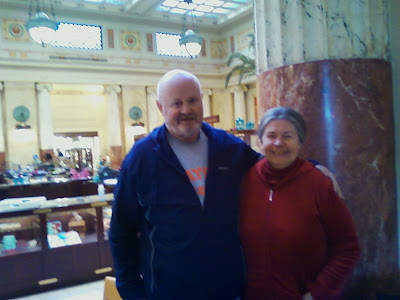 Here are my mom and stepfather, Ray. This was taken outside Thunder Cafe in Union Station, Washington, D.C., 2:39PM, Nov. 27, 2010.
I don't think I've ever actually posted a picture of Ray before on this blog. Ray, who is a Vietnam veteran, and my mom married since Dec. 1974 -- so it is coming up on 36 years. I had just turned 5 years old. I actually remember meeting him some months earlier back in New Jersey (it must have been the spring of 1974). He was stationed at Fort Monmouth at the time.
And, yes, my mom and dad do get along well. 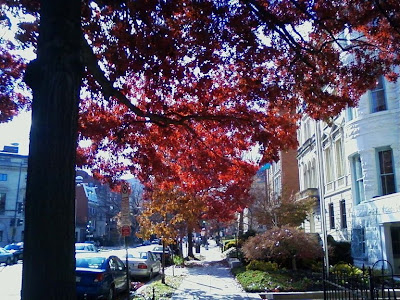 So it still hasn't gone down to 32F at frickin' National Airport. Dulles reached the freezing mark on Nov. 1st (32F low) and BWI on Nov. 2nd (30F low). DCA got down to 33F this morning. This often happens -- IAD and BWI will reach freezing 4 to 6 weeks before DCA.
Rain -- as in a 100% chance -- is still in the forecast for Tuesday night into Wednesday. I hope so. 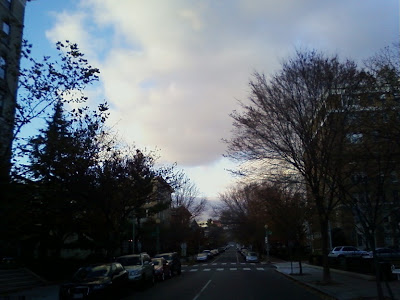 A few items ... The scathing New Yorker critique of George W. Bush's new "memoir" is here. And anything by Paul Krugman is worth reading. His New York Times blog is here. This is in addition to his Monday / Friday columns. 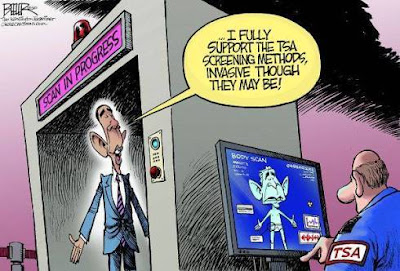 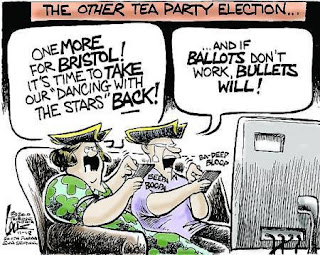 Favorite line: "I think when you start up a conservative opinion outlet, the vast right-wing conspiracy just assigns you a couple of clueless old people who've been faxing pages about the honor of Oliver North into Regnery publications for 30 years, and you have to publish them." 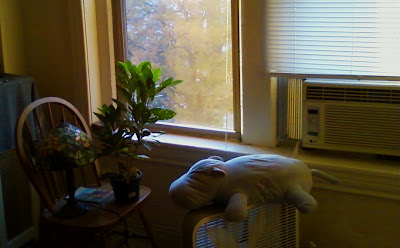 At work this week, I need to come up with assignments to keep me busy -- that will be my assignment this week. I don't like just being supported on overhead as I am now.
I probably should wrap up this entry. Oh, yes, I meant to post this picture, too ... 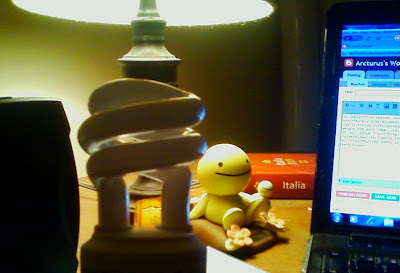 My first ever compact fluorescent light bulb (see below) next to my table lamp -- lit by an old incandescent bulb -- and my Sunshine Buddies and computer (logged onto, yes, my Arcturus's World blog).
On Friday, I purchased my first ever compact fluorescent light bulb (CFL). I guessed at the appropriate lumen to watts ratio between the old incandescent and CFL brand. They are pricey ($6) and you have to know the Watts / lumen equivalencies.
In a few years, the LED will be replacing the CFL. Regardless, the old tungsten filament incandescent bulb is not long for this world.
#######

OK, that's it for now. My next planned update probably now will be on Tuesday or Wednesday.