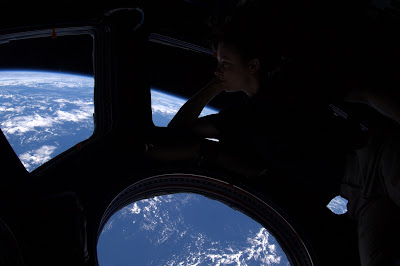 Here NASA astronaut Tracy Caldwell Dyson peers down on Planet Earth from about 220 miles above from the cupola of the International Space Station in September 2010. Source: Nov. 15, 2010 APOD.
#######

Speaking of looking down upon the Earth ...

There was this amazing YouTube clip embedded in this Huffington Post article showing 1,000 years of European history compressed into just under 5-1/2 minutes of changes to national boundaries. The YouTube clip itself is embedded here:
It's quite remarkable. Humans and their political boundaries feel like so many ants in a frenzied jumble on the background of the essentially eternal Earth. It gives a new twist on the term "the human race."
Consider the millions who died in the period encapsulated by the 8 seconds from 4:49 to 4:58.
####### 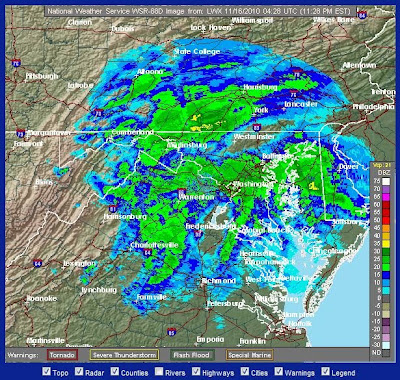 The LWX (Sterling) NWS radar in enhanced reflectivity mode, 11:28PM EST, Nov. 15, 2010.
Tonight has turned into an actual bona fide rainy night. Unfortunately, I could not make it to Larry's Lounge for a rainy night drink there. As it is, I had a crappy, short time there last night after earlier going to Cobalt with Gary.
As it is, lately I've been feeling quite profoundly alone -- and my friends are getting more distant and, in at least one case, really is no longer particularly close to me nor wants to be.
#######

A follow up to the posting of Queen Noble's campaign video in my previous entry ... 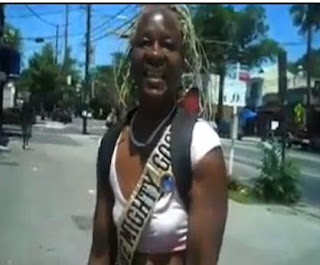 My favorite line has to be "This is captivity" -- and then how she looks away at the passing loud Metro bus. I also find it intriguing her parts about how Norton has been in power "over sixty, seventy years" (in fact, it will be 20 years as of Jan. 3, 2011) and how the U.S. is "a stolen country" that must be held accountable for "crimes against humanity."Then there's the "IS WHAT IT IS!"

Here is an interesting piece due to appear in the Nov. 29, 2010 edition of The Nation about whether or not Pres. Obama "even really wants to be president in the fullest sense" of what that means today.

"I feel another political cave in coming."

OK, that's all for now. I think it's supposed to be rainy through tomorrow night.
My next planned update won't be until mid to late week.

This youtube map is so cool!
Funny how Poland disappears in 1795 after the Third Partition largly due to its own stupidity. Also the unification of Germany by Prussia under Bismarck looks neat.
Someone put a lot of work into this

Good seeing you tonight, Kristof. I was going to update this blog but it's too late right now and I need to sleep.