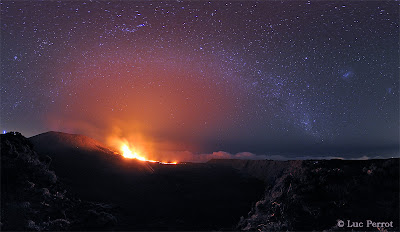 The erupting "Peak of the Furnace" ("Piton de la Fournaise") on Reunion Island underneath the starry dome of the Milky Way.

Also visible are the two Clouds of Magellan, two satellite galaxies of the Milky Way. The bright star on the horizon on the right might be Sirius. This was the Nov. 1, 2010 APOD.
####### 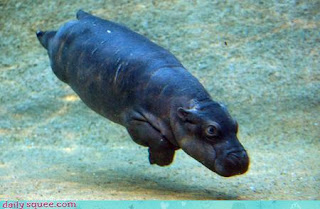 So this is my promised Monday night update to my blog. However, I already posted a longer entry yesterday than I anticipated and I'm not much in a blog entry writing mood right now.

It's Monday night and I'm watching the lineup of reruns of The Golden Girls on We TV. Earlier, as soon as I got home from work, I caught the very last episode of Who's the Boss? ("Savor the Veal, Part III") followed by the pilot episode from 7-1/2 years earlier.
Golden Girls Quotes:

Blanche: "I remember high school, riding around with the boys in their cars and the dances --"
Dorothy: "And don't forget the Hindenburg Disaster."
####### 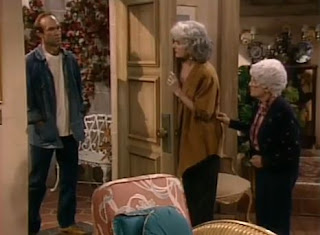 Dorothy (to Blanche's just-freed prison pen pal visiting the house): "Those were lovely letters that you wrote to Blanche, Merrill."

Merrill: "I didn't write 'em. Walter, the guy in the next cell wrote them to Harley, the night guard. He was hopin' to round himself up a date for movie night. I just copied the letters and changed 'Dearest Harley' to 'Dearest Blanche.'"

I also did my laundry tonight.

As for my work day, I spent nearly all of it working on / trying to finish up a complicated report that is beyond my ability to solve, but instead I'm employing a kind of hand waving argument based on a limited analysis of EIA data back to 1949 looking at macro-scale energy efficiency trends in the economy ("rejected energy" versus "energy services").
####### 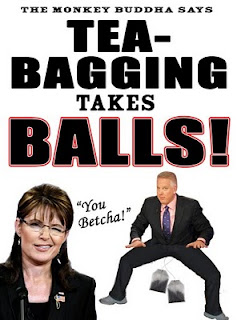 So tomorrow is the big and forecasted ugly election as the Republicans sweep in atop a tsunami of Teabagging ... Pretty image.

Pres. Obama is probably happy about this as it "proves" to him that his "efforts at outreach and bipartisan compromise are creating a truly transformative community of hope."

How self-deluded and foolish. In the interest of fairness, though, please read Nicholas Kristof's 10/30 NY Times op-ed "Give Obama a Break". 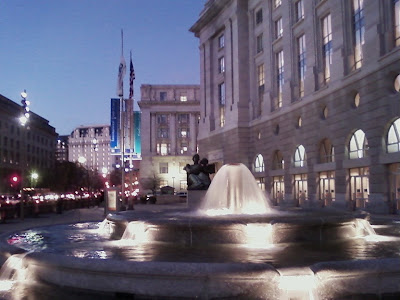 And the other de facto post-election good news is I won't have to read any more frickin' Gallup and Rasmussen polls (GOP UP 24 POINTS OVER DEMS!) or be steamrolled by Nate Silver's mind-bending 538 operation. At least not for a while. 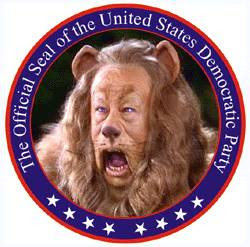 As for the sweeping narrative about "why" this happened -- Nancy Pelosi's "radical overreach" and failed Keynesian economics -- it's all bullshit to the nth degree, the kind of stuff that gets the WaHoPo pundit and Capitol Hill crowd tingly all over.

Midterm elections tend to have turnouts around 40% versus 55% for presidential races, the incumbent party tends to fare poorly, the severe economic stress of the country, fear over Obama's "otherness", and Obama's failure to rally his base are responsible.
Tomorrow's vote -- with turnout of perhaps 41% to 42% -- will set a numerical record (maybe 90 million) for a midterm since the population has increased. The final vote split will probably be in the 45 to 55 percent range, but that will translate into a 55+ House seat gain for the Republicans (assuming this comes to pass). These are similar numbers to the 1994 election and will effectively undo the gains Dems made in 2006 and 2008.
Read here and here for more information (note the popular vote percentages in table in the second link). 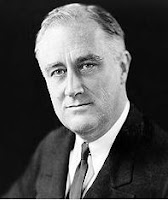 Of course, there is a chance that this may exceed the 1938 Democratic route of 72 House seats as the country slipped back into "recession" as the Great Depression was coming to an end -- but before the great World War II boom.

Then on Nov. 3rd, the GOP gets down to the real business of America -- which is business ... 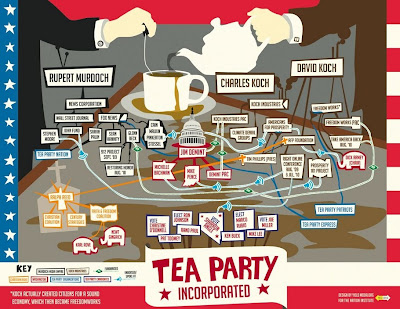 Click on image for larger version.
The Teabaggers will get a pat on the head and told to march in their little tri-cornered hats and "Don't Tread on Me" shirts back to their suburban and exurban townhouses, one-story ranch houses built on slabs, and trailers. In the end, they will have accomplished the EXACT OPPOSITE of what they set out to do ("to grow freedom").
####### 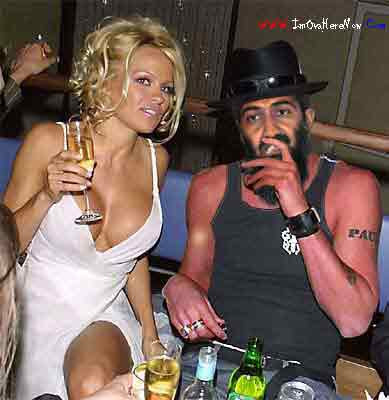 The Weather (here and in Greenland) ...

The weather was delightfully cool today with highs around 55F.

There is actually a frost advisory for the District and points east and south and a freeze warning for points north and west into suburban Maryland and Virginia out toward Dulles. 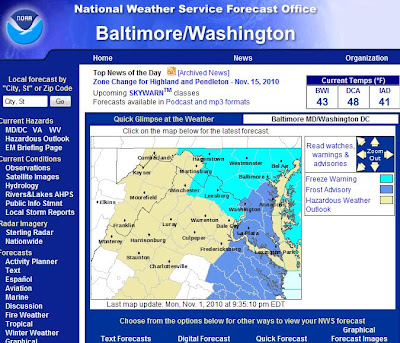 Interestingly, Baltimore City is in the freeze warning but the District of Columbia is in a frost advisory.
In these still autumn night situations, it is a big, huge deal for DCA proper to get down to 32F -- in fact, there have been years when IAD and even BWI have gone down to freezing 6+ weeks before DCA.
Somehow rain is still in the forecast for midweek -- except the NAM and GFS (at least the runs I've looked at) show basically nothing. 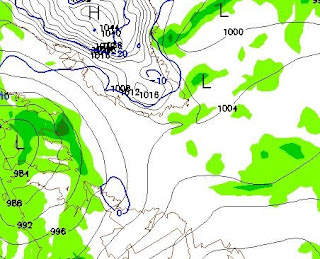 There appears to be a high pressure block over Greenland, hopefully implying a negative NAO / negative AO air pressure anomaly. This would be a good sign for a stormy and maybe snowy winter (as happened last year).

As climate change (global warming) proceeds, in particular over Greenland and its southern portions, the NAO/AO should be (or rather, one would expect it to be) more consistently negative. 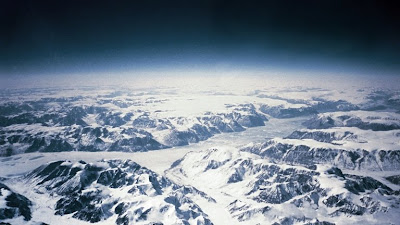 Aerial view of the mountains of the eastern edge of Greenland.

Ironically, this would look like cooling in the winter, at least to James "There Have Been No Homosexuals in My Family for 200 Years" Inhofe and the Flat-Earther Teabaggers.
####### 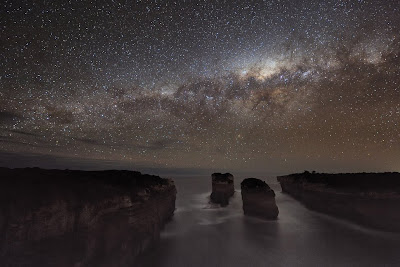 Reposted from my Aug. 25, 2010 entry: The Milky way as seen over the rocks at Loch Ard Gorge on Australia's Victoria coast in Port Campbell National Park.
#######

OK, that's all for now. I know this wasn't a very inspiration entry. My apologies.
--Regulus
Posted by Regulus at 9:12 PM