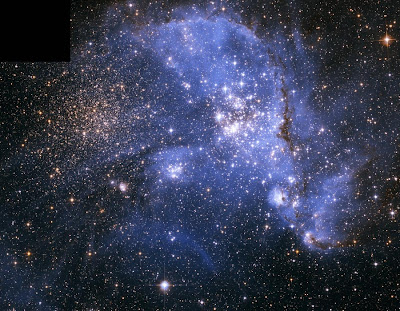 The Small Magellanic Cloud (SMC), one of the two "Clouds of Magellan" satellite galaxies. It is located about 210,000 light years away and you can see the stellar formation region collectively known was NGC 346. This was the Oct. 17, 2010 APOD.
#######

So I'm hoping this is the THIRD entry in which I have ZERO comments. Thank you, Readers. You're my angels.
Anyway, I'm much too tired to write an entry right now. However, as an update, my friend Gerry has helped me greatly with my computer the past two days. Tonight he also came over, as did Kristof, although we three ended up at Larry's Lounge for a while. 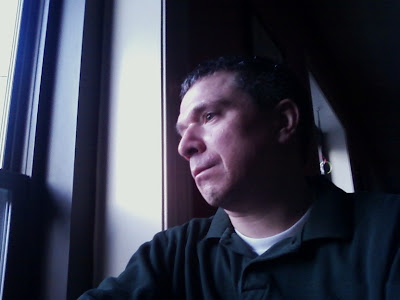 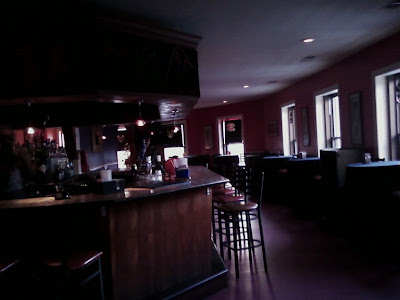 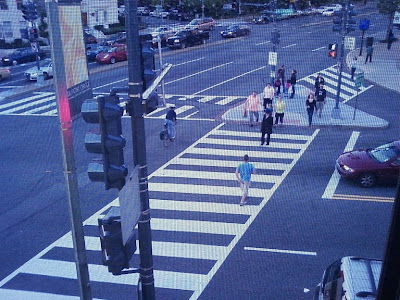 It was supposed to rain tomorrow here in the D.C. area, but (apparently) the LWX Sterling crew (think "WOODY!") worked their usual "good drying" magic and now there will be no rain, just nothing, and their area forecast discussions can be all "it doesn't get any better than this" non-editorializing editorializing.
Maybe it will never rain again here in crappy D.C., and they'll be just so delighted at that outcome.
####### 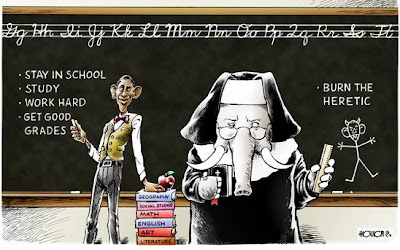 We're still on target for a GOP tsunami on Nov. 2nd with all this crazy Teabagger rage and stupidity, ferocious Republican know-nothingism, and profound Democratic wussiness. 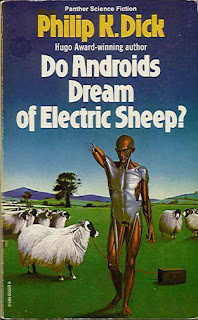 "Obama thinks he did everything right and nothing wrong. And he remains stuck on blaming others, including voters, the media, Republicans, Washington, and impossible-to-please liberals. In short, nearly halfway through his term, Obama still doesn't get it. He's clueless about his massive failures, which means, if he's given the chance, we can expect more of them."

-- Far rightwing New York Post columnist Michael Goodman, who is right on Obama but for the wrong political reasons. Link here.
Ooooh, I can't wait until the GOP tsunami hits and their -- the nation's -- train wreck occurs.
#######

OK, that's all for now. I'll post a fuller and more coherent entry in a day or two. 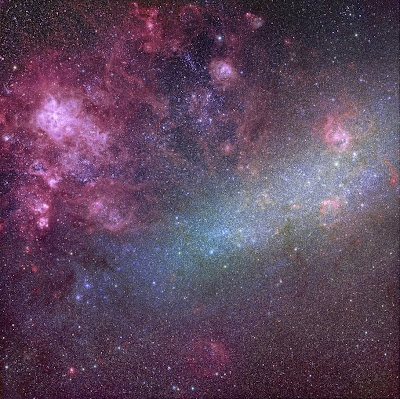 The Large Magellanic Cloud (LMC), the other one of the two "Clouds of Magellan" and the largest of the Milky Way Galaxy's satellite galaxies. It is about 160,000 light years away. This was the Oct. 16, 2010 APOD. Both the SMC and LMC are Southern Hemisphere celestial objects.
What would really be an awesome sight would be the Milky Way Galaxy from a dark sky on a planet around a star in the LMC -- a rather bright (-2.0 magnitude) fuzzy cloud looking almost directly "down" on it and extending across 36 degrees of size or nearly 70 full Moon widths.
One would probably see the spiral arms as brighter regions and, of course, the brightest area would be the central galactic core.
It would be an astonishing sight, indeed.
######

:) are you changing your "yes we can!" t-shirt into "the worst president ever" one already?

It was very, very nice to see you tonight. I trust you got home OK. I could have stayed at Larry's Lounge a lot longer, but I had to get to bed.

As I mentioned, I would like to change the Obama quote in this entry -- perhaps to something from Ross Douthat's NY Times blog.

I hope we get a chance to see each other in the next month or two -- too much time goes on between seeing each other.

I'll try to comment more Reg. I don't want to the be the guy who will only hang out if it's in his neighborhood (or on his blog).

(Actually, I kinda was like that in DC also. If there was an event outside of the Adams Morgan / Dupont / U St area I was much less like to go. I'm not lazy, just efficient for a social logistics standpoint.)

Thanks, DJG, I appreciate you stopping by.

As for your comment about being less likely to go to events outside your immediate area, that also applies to me.