Here is the YouTube version of a lovely, moving, and haunting "easy listening" instrumental hit from 1985 by the American jazz fusion band Hiroshima entitled "One Wish."
This YouTube version -- direct link here -- is set to a still-life montage of images of a particularly pretty Japanese garden and park in some rural, mountainous location. It has a quick string tempo but a distinctly Japanese flavor. 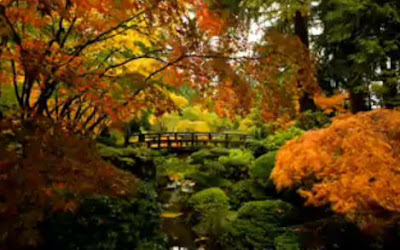 Screen capture image from the YouTube clip of a graceful little pedestrian bridge in a spectacular fall Japanese setting.
#######

I'm not sure I posted this video / song before -- and you should listen to it before it is removed by the YouTube censors, the most viciously corporate and legalistic life form that has ever existed on this planet. 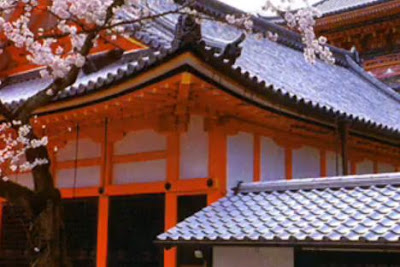 Screen capture image from YouTube clip above of a Japanese pagoda, or some similar structure.
#######

I was prompted to post it by a comment Crocodile DG made on his blog in Entry #26 about a certain brand of "god awful easy listening music" he and his wife heard at a Thai restaurant in Newcastle, Australia, where they are living for at least a year.
"One Wish" is the kind of easy listening I love. 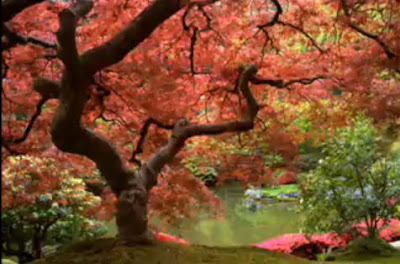 Screen capture image from YouTube clip of a Japanese flowering cherry tree -- perhaps a large Yoshino? -- in a park somewhere in Japan.
#######

On a personal note -- and those of you who are my friends know what I'm talking about -- prior to getting my present job, I spent two agonizing, no, soul-crushing, life-destroying years working for a shitty little, low-paying Japanese consulting firm in suburban Maryland both as a regular employee and 1099 independent contractor in a kind of intellectual "piece work" sweat shop. As a result, I grew to dislike key aspects of that country.
I am therefore quite happy to write something nice about Japan. 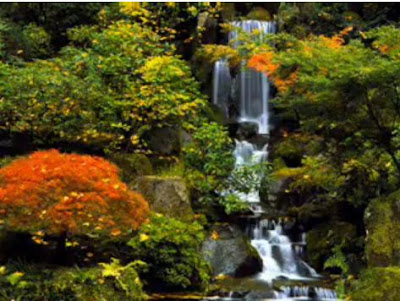 Screen capture image from the YouTube clip of a waterfall in a Japanese park.
#######

Turning to my weekend ...

For the second Sunday in a row, I ended up not going to the Maryland Renaissance Festival in Crownsville with Gary and Quill. Last Sunday, it was worry over exceptionally large crowds, attendant traffic, and excessively warm fall weather (around 83F). 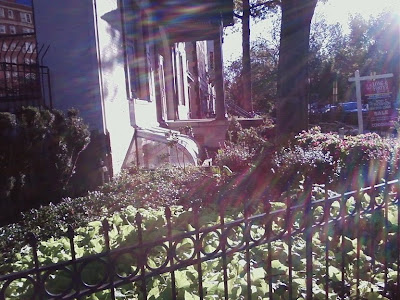 This Sunday (today) it was because I'm not feeling well, which in turn was due to being out too late last night with Gary, Kristof, and J., and not getting to bed until nearly 430AM I've had a low-grade cold lurking in the background recently, and it has flared up today. I guess I'm just getting too old to live that way.
The Ren Fest ends after next week, and I'm doubtful I'm going to get to it for this year. I feel quite badly toward Quill for having canceled. 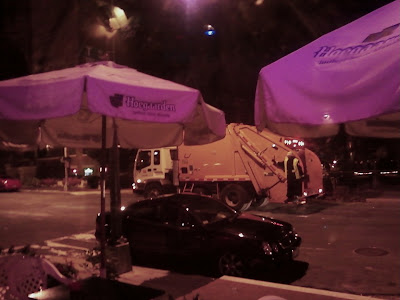 Today is another sunny, warmish day with high temps around 75F. Rain is forecasted for Tuesday into early Wednesday, but as soon as one particular LWX meteorologist comes on his shift -- the one with an ego the size of the Alaska -- you can be sure the chance will drop, maybe even be removed. It's like clockwork. 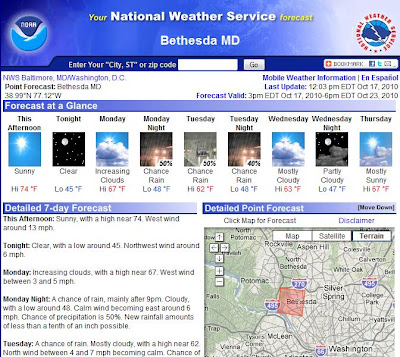 What I dislike most about the Sterling crew's approach to weather (esp. this one meteorologist in particular) isn't their (his) preference for sunny, warm (or even hot) weather -- for better or worse, lots of people are like that -- but rather the ego that seems declare that they're making the weather rather than just forecasting it with (enormous) help of sophisticated computer models they have no more ability to put together than I do. 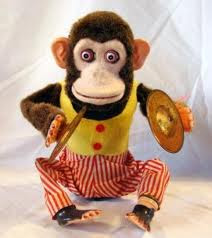 As for "knowing" the region's weather, and putting my meteorology MS degree aside, I've lived in this area for most of the last 29 years and I "get" its patterns and particulars, too.

Given enough time, a monkey could "predict" it based on strict climatology.

And still the Capital Weather Gang will Tweet itself silly about how unprecedented "great" and "glorious" is a sunny day in October, as if it doesn't happen all the time.
######

A couple of political cartoons ... 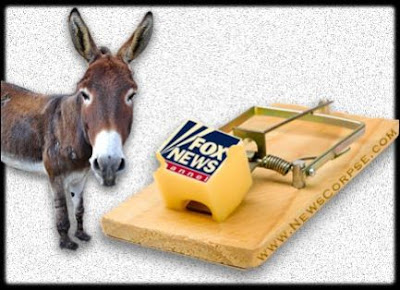 We really need to get this GOP train moving so the train wreck can come all the faster. As for President Obama, I've just given up on him ever getting a political clue. It's amazing a man can talk so well and yet be so ineffectual and increasingly pathetic to watch.

OK, that's all for now. My next planned update will be early in the week -- either tomorrow or Tuesday.
--Regulus
Posted by Regulus at 2:06 PM