September Sucks OR Screw You, Earl 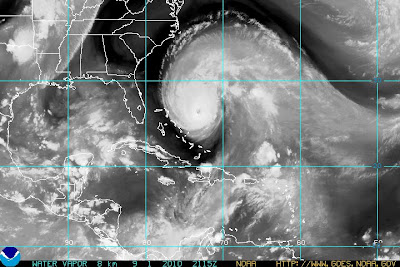 Just a quick entry as I don't have time to write right now.
I'm not even going to mention the stupid hurricane and how it is missing us except for some high level cirrus and even cirrocumulus clouds -- and how thrilled the usual suspects are, especially at Sterling and NHC. They live for weather near misses. The part that irks me is that their damn models are never wrong when it comes to misses here. 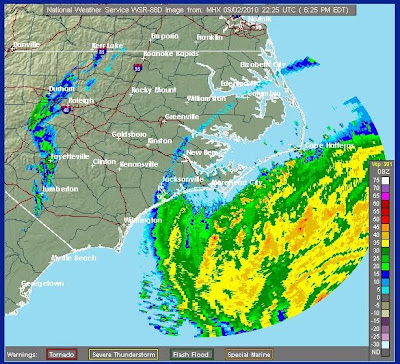 The thing already is "feeling" some bogus, shitty shortwave moving across the Great Lakes -- and is promptly recurving, although this one is going to do a weird coast-paralleling thing, so it's even more egregious. And the shortwave / surface front ISN'T even going to bring us any rain, just pass through with "good drying" (Sterling's favorite phrase).
It's a classic God-the-Father royal bitchslapping whose purpose is only intended to hurt. Additionally, the frickin' endless parade of 90F+ hot days and drought dry weather here in D.C. shows no sign of ending. There will probaly be no rain in September until at least the 14th or 15th of the month.
As it is, I'm leaving this damn city to go to Florida on Saturday to visit my dad for four days, and I'm scheduled to return on Wednesday.

Here's a satellite picture of Earl as it rushes away at light speed: 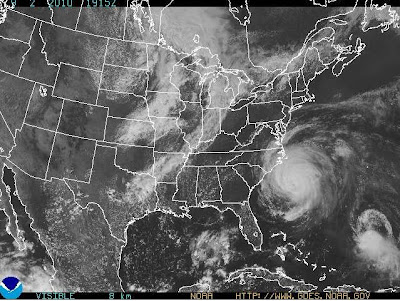 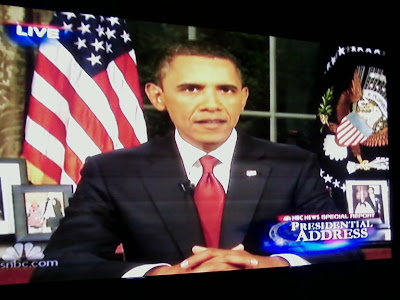 Speaking of which, here is Our Leader who is so in love with himself. This was on the night he announced that Bush really was God when it came to Iraq. 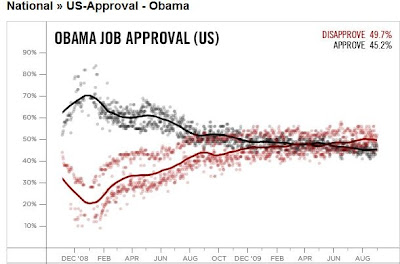 Ever notice every time Barry speaks, his approval ratings drop? 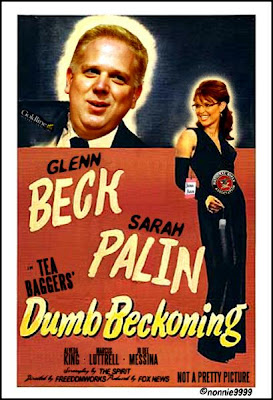 So there you have it this September: endless heat and drought, an insane GOP about to regain total power in the useless Congress, media whoring out the yin-yang about bed bugs, and the coming 1,000 Year Republican Reich, which, of course, will break down within 2 years as House Speaker John Boehner and the tea-bagging GOP crazies turn tragedy into farce.

And again the endless ping-pong game between Dems and Reps -- two different manifestations of the same nutty, silly, self-indulgent, clueless creature that is the bulk of the American Electorate.
By the way, NEVER go over to Talking Points Memo poll page -- whence the above poll ensemble trend image comes from because EVERY headline is the same thing: "Extinction of Democrats at Hand." 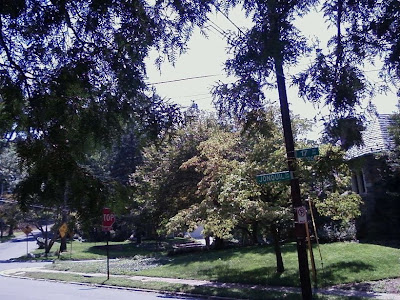 OK, that's enough for now. I'm supposed to meet a friend for dinner in Cleveland Park at 8PM. I plan to update this blog before I head off to Florida on Saturday, otherwise I won't update it until next Wednesday at the earliest.
--Regulus
Posted by Regulus at 6:22 PM