Rue and Rue: Another Golden Girl Dies and the BP/Gulf of Mexico Oil Eco-Catastrophe 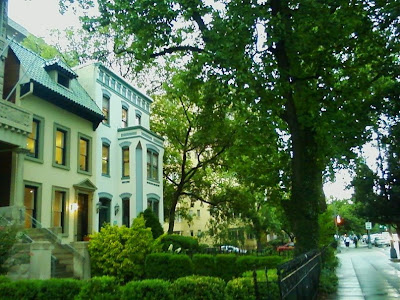 So, yes, Rue McClanahan has died -- and thank you everyone who contacted me about this. Her death means only one of the four Golden Girls is still with us, the feisty and energetic 88-year old Betty White ... 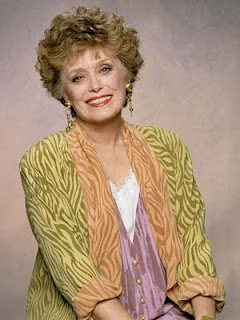 Undated picture of Rue McClanahan probably taken about 15 years ago

This AP story talks about her life. Although she was more of a stage actress, her most famous roles were TV ones: Maude (with Bea Arthur), Mama's Family (first season when she played opposite Betty White), and, OF COURSE, The Golden Girls.

She was born in the tiny Oklahoma town of Healdton in Feb. 1934 during the Dust Bowl day and she grew up in nearby Ardmore. She was married 6 times, though I believe she only had one child (a son).
Betty White issued a statement expressing her deep sadness over Rue's death (source here). 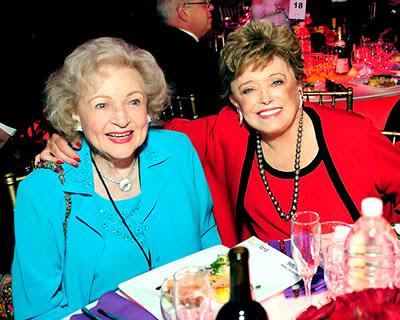 A picture of Betty White and Rue McClanahan that I think was taken in June 2008 at the 6th Annual TV Land Awards. Bea Arthur was also there. (See 3rd photo in the photo-montage link below). 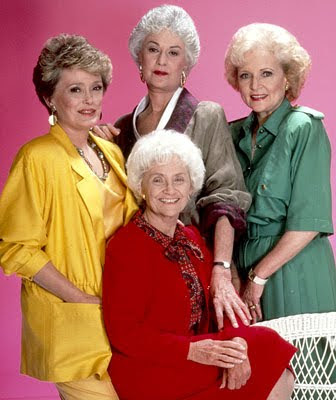 The four Golden Girls in an early cast picture circa 1986.
Here is a nine-picture montage of Rue McClanahan over the last 20 years or so.
#######

Comments on and images of the BP/Deepwater Horizon Gulf of Mexico Oil Catastrophe...
Thanks, BP ...

I think this is a pelican severely coated in oil, but I'm actually not sure.
#######

... and Big Oil, not to mention Transocean and, of course, Halliburton (it wouldn't be a corporate fascist - crony capitalist travesty if Halliburton WEREN'T involved) ... and the pussified Federal Government that we have that has allowed this to happen ...

This duck has to be dead, or very nearly so.

... oh, and no oil or war misadventure would be complete without an honorable mention to Bush, Inc., a wholly-owned subsidiary of the Bush Family Evil Empire that was, after all, founded on oil and war profiteering, and to our whole stupid way of life that requires this disgusting thing called petroleum.

Rachel Maddow on her show MSNBC tonight was spot on in her excellent reporting from the Louisiana coastal marshlands around Grand Isle today when she said of BP's eponymous slogan "Beyond Petroleum" while holding a nasty globe of shit-brown oil floating in the oil-sheen coated waters: "Beyond Petroleum, my ass"
She also had on Tulane University ecologist professor Michael Blum to talk about the effects of oil on the marshes and the lack of any technological change since the 1980s in oil spill / oil accident mitigation and remediation, compared to the mega-billions of dollars spent by Big Oil to drill in ever-deeper waters.

Another duck killed by the BP/Deepwater Horizon Gulf oil disaster.
#######

Actually, BP -- with the help of a compromised, even neutered Federal Gov't, including that Coast Guard "Admiral" -- thuggishly has been trying to block photo-journalists and others from taking pictures such as these.

Again, I think this is an oil-coated pelican, but I can't quite tell. Or some sort of long-billed wading bird.
#######

Now what will the Usual MediaWhore Suspects -- not just the Fox Nazi Noise agit-prop machine, the Vulgar Pigboy and AM Hate Radio in general, the psychotic Glenn Beck, Sister Sarah Palin of the Church of Perpetual Self-Promotion, nor the corporate-and-foundation-funded rightwing think tanks and alphabet soup of assorted Astro-turf bullshit organizations that Dick Armey (R - Elephant) poops out daily -- say? 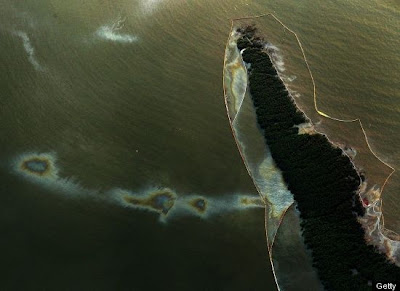 I'm thinking specifically of The WaHoPo Editorial Board and Fred Hiatt, the editorial board editor who is the Ultimate Deep Embodiment of milquetoast - corporatist - anti-progressive "Washington Consensus" propaganda:

"The attacks by shrill environmentalist critics on the left with their anti-oil agenda doesn't give BP and the oil industry their due credit for all their good efforts to limit the damage due to this unfortunate spill ... a more bipartisan approach embodied in the Landrieu-Jindal proposal to [fill in the blank] is needed ... what is needed now is less finger-pointing and instead consensus-building and a reasonable fact-finding that allows BP and the oil industry to make a reasonable profit and increase shareholder value ..."

Is it any wonder the print Post is slowly going out of business? People aren't going to pay money to read shit "opinion" like that.
Oh, and then there's James K. Crap-assman, but I'm not even going to bother with his hideous corporate-apologist views. 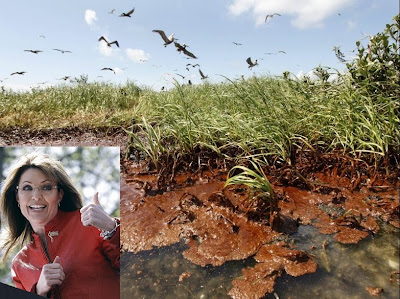 OK, I'm actually going to end my entry here. I'll refrain from discussing my concern about my new job right now but suffice it to say it involves whether or not there is an actual position that I can grow into, and the extent to which my new boss, who is a company VP and who, after all, hired me, wants to deal with me. I'll surely have more to say about this in subsequent entries.
Earlier tonight, I walked home from Metro Center (about 1.2 miles) since the whole system, as usual, seemed to be locking up as a result of a cluster of thunderstorms that swept through the D.C. area right at evening rush hour. I had planned to walk back from L'Enfant Plaza anyway. 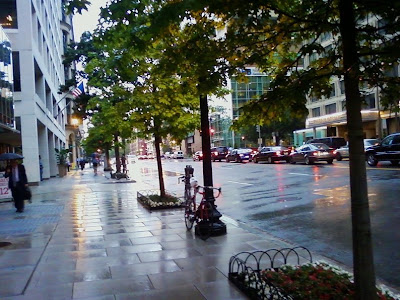 My friend Quill is having surgery tomorrow morning. It is moderately serious situation. I am going to visit her over the weekend.
--Regulus 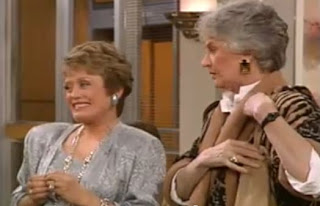 Blanche: "I have been told I bear a striking resemblance to Miss Cheryl Ladd. Although my bosoms are perkier."

Dorothy: "NOT EVEN IF YOU WERE HANGING UPSIDE DOWN ON A TRAPEZE!"
Posted by Regulus at 10:44 PM

(...)doesn't give BP and the oil industry their due credit for all their good efforts to limit the damage due to this unfortunate spill
What a freaking whore! I hope he got paid directly for writing this cuz otherwise he's just what Lenin called 'a useful idiot'.

Marge Simpson (to Flanders about an indoor playground for kids): (...) and it's owned by a corporation so you know it's safe.

Kristof, babydoll, Fred Hiatt didn't actually say that ... I made it up to suggestion what I thought he WOULD say or is saying. I don't read Fred Hiatt or anything in the WaHoPo.

So tonight there is supposed to be a group happy hour of the first sort -- at least where I attend -- in a very long time.

Oh then I take it back

Hiatt is still an a-hole, though. That is something he WOULD say.

By the way, read Glenn Greenwald's take on the predictable reaction of the U.S. Government and many of the reflexive Israel supporters to the IDF raid on that Turkish ship.

Link here. He can go on and on at length at times, and be a bit hysterical himself, but this is a good piece. (You'll have to get around Salon's stupid ubiquitous ads.)

I still like Bartcop's suggestion -- give EITHER Israel or the Palestinians the state of Oklahoma.

I will read it now.

Today I read that Elie Wiesel described the protests against Israel's recent action as "antisemitic". With all due respect, doesn't he realize that labelling every critique of Israel as antisemitism he deprives that word of all its menacing meaning?

:) oh, are we going to have our first real regulus blog comment war?

although it does look like israel was baited into this whole mess, the reaction from all the outraged people is a pure form of hypocrisy.

where was the outrage when this flotilla was being assembled and sent over to break a idf-enforced blockade?

why the organizers of this "humanitarian" effort are not trying to break the blockade from the egypt side?

idf did botch the operation i am not arguing with that. i just hate all the hypocrites that have turned on their propaganda machines to the fullest since that unfortunate night...

for the record - i do not consider krzysztof "an immoral hypocrite". rather i think he is an outstanding human being and enjoy his company given an opportunity.