American Downsloping -OR- Why I Hate D.C. Summer Weather 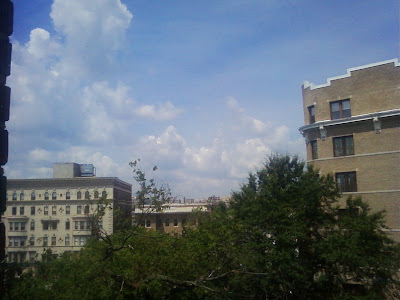 Just a quick update as I plan to have a more complete entry posted Monday night. Now that I don't have that horseshit 1099 job anymore, and I'm free of that evil bitch, I have the time to do this.
Now if my current job spectacularly flames out -- i.e., if I'm fired this upcoming work week -- I'll still have earned enough money to remain in D.C., including paying rent, until the end of August. And I'd draw it out another month thereafter. 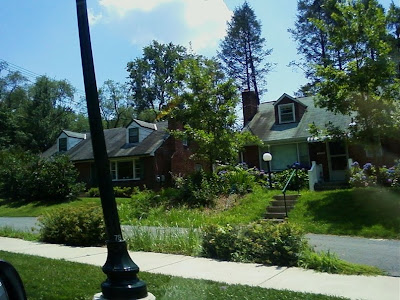 All that staying until the end of August or September would do, of course, is keep me in this shitty city under its endless dome of shitty high pressure with its fucking 93F high temps / 70F dew points, and only the wussiest and most worthless of rain chances every 7 to 10 days. 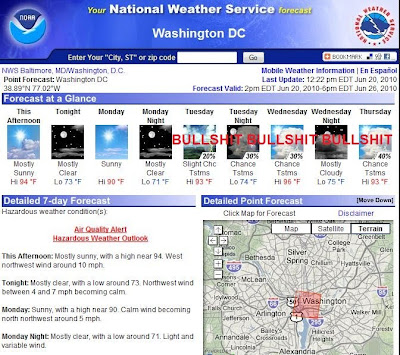 The current LWX NWS forecast panel for Washington, D.C., complete with bullshit about a slight chance of t-storms later in the week.
#######

At least the huge-headed Doug Hill on channel 7 and the Sterling mob are happy and very self-satisfied. For instance, if you look at the top picture to this entry taken from my apt. window two hours ago, you'll see a developing "cumulus field" of summer time cumulus clouds. 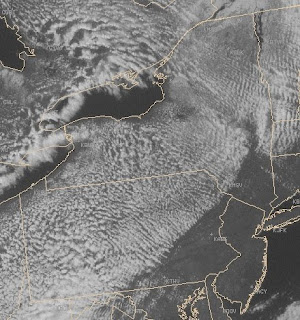 But don't worry about ANY fucking chance of thunderstorms because the "good downsloping" off the frickin' weather-killing Blue Ridge / Appalachians and the "good cap" in the atmosphere already are "promoting" the dissipation of these clouds. 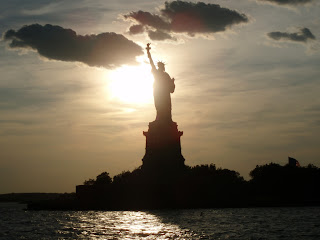 You see, Dear Reader, GOD HIMSELF swings into action to "protect" America so we can all be delighted with ourselves ...

...driving around on traffic snarled roads in our stupid 12 miles to the gallon fuel economy cars filled to the cap with $2.52/gallon gasoline, and being driven to the local suburban mega-mall where self-absorbed and stupid bourgeois marshmallows and hollering, yowling teenage idiots rush to buy shit on credit cards, the Ebola virus of American corporate capitalism that the tea-bagger crazies defend.
That's FREEDOM, Goddamn it.

Wait, where was I?Oh, yes, the point is that the LWX discussion is all atwitter and agog with glee at this fact. Fuck them and their models and D.C.'s crap summer climate. (Note: That Web link updates automatically to the latest discussion.)
###### 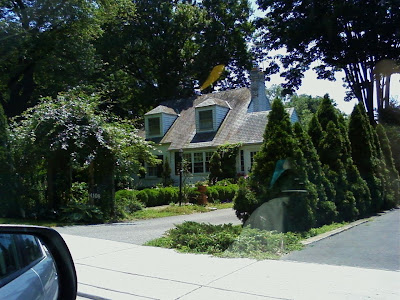 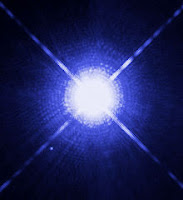 So it appears that You - Know - Who's blog has some sort of malware on it -- which may mean a virus on his computer -- and he doesn't seem to have the slightest interest in fixing it. I don't understand that mindset. It's like an extreme kind of solipsism since (if my analysis is correct) the malware isn't actually "affecting him" personally.

Three times in the past 4 days I've gone to his blog and my anti-viral software has swung into action to block a specific Trojan -- what a lovely name.
####### 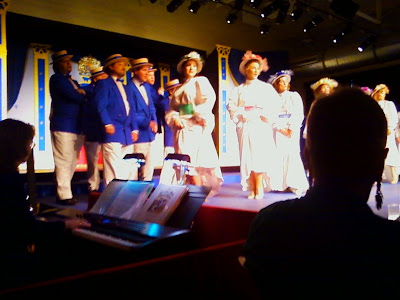 I'll write about this and other stuff on Monday night. Today, I think I'll take a walk. Gary doesn't appear to be around but instead in an all-day gym-a-thon with Chris T.
OK, I'm done.