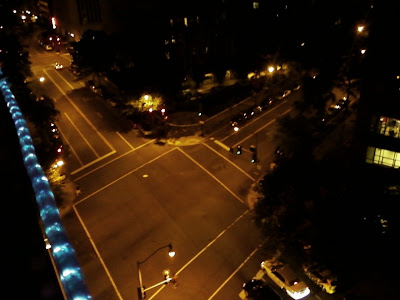 View from the Beacon Hotel rooftop Sky Bar looking at the intersection of Rhode Island Avenue and 17th Street, NW, Washington, D.C., 11:13PM, May 15, 2010.
Gary, Chris T. and I were there Saturday night for Gerry's joint birthday party, which was being held downstairs.
#######

OK, I was going to write a whole entry tonight and explain, at least obliquely, what is wrong and why I am so worried. However, it is nearly 11PM and I need to be in bed by 12:30AM in order to be up by 6:30AM and be at my employer's place by L'Enfant Plaza at 9:00AM.
I've been in panicked agony all day.

I plan now instead to update this blog tomorrow (Monday) night. 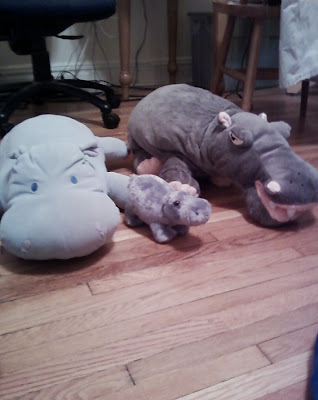 I refer to them as the "Flower Drum Hippo" trio.

Today ended up actually being quite a nice day although I didn't get out of the apartment until nearly 3:30PM. I spent the late afternoon and evening with Chris T. and he treated me to dinner at this curious little restaurant called Pines of Florence (one of at least two in the D.C. area with that name).
It is located at 2100 Connecticut Avenue, NW, about a half mile north of Dupont Circle in an otherwise residential district of ornate mostly condominium buildings. 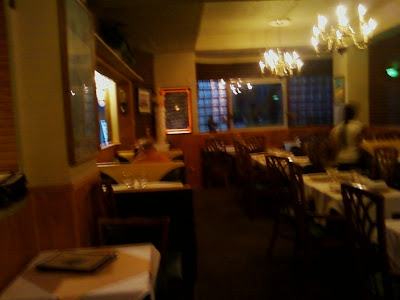 I only got this frickin' blurry image of the restaurant interior -- taken at 8:21PM with my cellphone camera -- as we were leaving. That's as best as I could do. I was talking too much the rest of the time and didn't get a proper picture.
#######

Stephanie -- Good talking to by text message.
Right now, I'm watching the tail end of a very interesting show on the History Channel called America: The Story of Us. Quite fascinating. This two-hour episode is called Metropolis and it is actually one of six such episodes. Toms "No Chin" Shales of the WaHoPo didn't like it -- which means the show must therefore have some value. 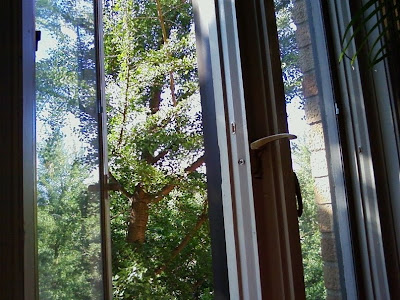 Frank Rich's piece in today's Sunday New York Times is worth a read. And Michael Lind's May 11, 2010 Salon piece Will the great recession lead to World War IV? is also excellent. (In his reckoning, the Cold War was really World War III.)
Remember: The 1990s Washington Consensus / Third Way / Free Trade / Clinton Democrats / Blair Labourites / Robert Rubin economics / Obama GOP appeasement and Washington Post Editorial Board embody this view produces the EXACT OPPOSITE outcome of what it was intended to do. 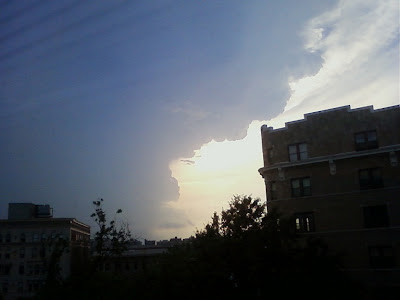 A giant cumulonimbus cloud complex with anvil-headed top of a thunderstorm about 20 miles west-southwest of Washington, D.C., 6:06PM, May 14, 2010.
This storm -- which sort of missed the Dupont Circle area as it dissipated and another cell formed over Bethesda into Silver Spring -- dropped 1" hail and torrential rains. DCA itself got squat, as usual.
#######

Oh, yes, I wanted to quote George Will from his Sunday WaHoPo column since it is, well, kinda funny (even though Will is mostly just a Washington Consensus conservative): 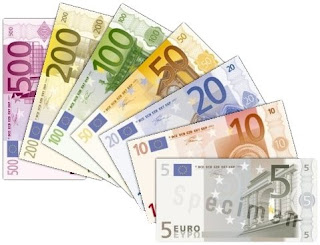 "If money represents, as [Ralph Waldo] Emerson said, the prose of life, the euro reflects a determination to make European life prosaic. It is an attempt to erase nationalities and subsume politics in economics in order to escape from European history. The euro pleases dispirited people for whom European history is not Chartres and Shakespeare but the Holocaust and the Somme. The euro expresses cultural despair."

I think many agree -- from Krugman to Will -- that the euro has mostly been a disaster. The U.K. was VERY wise to avoid.
KRISTOF! What does Slavoj Žižek think?? 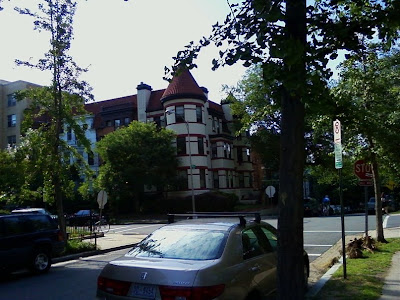 So according to Statcounter, I have had 206 hits on this blog today -- nearly all Google image ones -- and that's frickin' too many. I also had 140 hits on my Arcturus blog -- practically all Google image ones of that stupid "David Tutera - David Bromstad" joint image that I once created / posted, or else variations on whether or not Tutera is married. 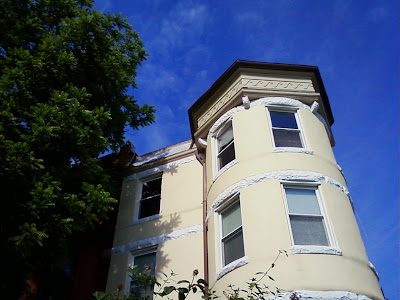 OK, to any of those internet searchers, here's your GAY101 Gaily Lesson: David Tutera is completely, totally, openly, 100 percent gay, and he doesn't try to hide it, so don't query whether or not he's "married" -- since by "married" you most likely mean is he married to a woman.
Any other kind of marriage sets Middle "Red" America off into moral panic where you they can't stop voting for the party of trillion dollar corporate theft. Got it?
Ditto David Bromstad, but he's also (unlike frumpy and doughy me) a hot gay guy.
As for that other blog to Mr. Sirius, I'm tired of it and know I shouldn't even have it. I had really weird dream involving him the other night. 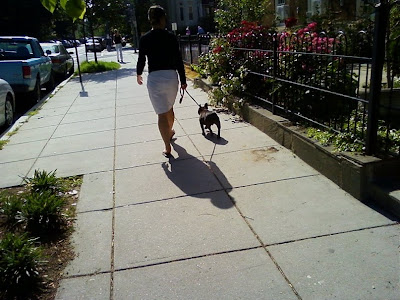 At my next entry, I will know if in fact this job is going to work out or if a particular requirement that I don't want to mention here (but that some of my friends know to what I refer) means I may not make it.
If it doesn't, I'll be quitting and, well, pretty much dropping dead, or at least going to Florida for a time.
At least it is going to rain for much of this week. Good. 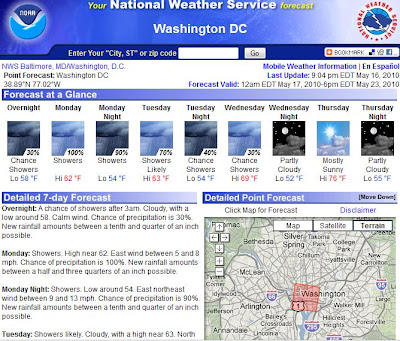 KRISTOF! What does Slavoj Žižek think??

Here's a T-shirt related to your question.

Good luck today! It will all work out just fine

dark gray hippo (harvey?) looks like he just had a pretty good sex... :)


good luck on your first day!

and don't even think about responding from there!

Potamus and pals hope your first day way a good one!

Kristof, if you get me a "Don't You Wish Your Girlfriend Were Hot Like Bea" (referring to Bea Arthur), I will get you that WWZS t-shirt.

Thank you for your kind text and words.

Mike G -- Plush hippos don't engage in that kind of carnal and atavistic behavior. I mean, do angels have sex??

NO, I didn't check my blog from work, nor my Statcounter!

HIPPO! Thank you for stopping by and checking in. Yes, today went very well, but my main supervisor (who is also one of the company VPs) was not there. Additionally, there is one issue I'm worried about that I don't really want to talk about on my blog, but I should have a better sense of things by tomorrow.

I hope you are feeling better. I know you were sick lately. I will stop by your blog in a bit, though I have to go to bed early tonight.