First Day of Work OR Under the Umbrella Sky*

*Yes, the title second half is borrowed from Sinatra's Summer Wind song. 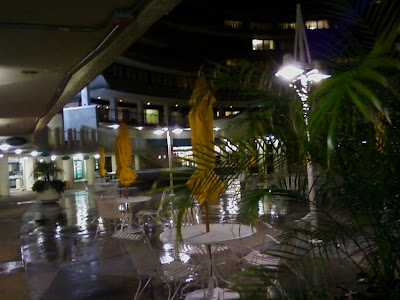 Here is that same scene I've photographed multiple times since February: the sunken, open-air Watergate Shops Promenade on a rainy night, Washington, D.C., 8:55PM, May 17, 2010.
This picture was taken with my new cellphone camera.
#######

OK, just a quick update. I appreciate all the inquiries as to how my day went.
My first day of work went very well, and while I probably won't be at DOE HQ any time soon, I will still be working near L'Enfant Plaza and the firm's office there.
HOWEVER, I still have one important issue to be resolved. It was not resolved today but was rather ambiguous and initially worrying. This could still torpedo the whole thing. 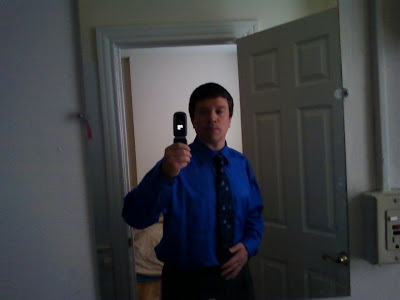 Nevertheless, I was in a good mood, sort of, when I got home -- except, as I anticipated, my $880 check from my 1099 contracting job had not arrived. I heard my friend / the office manager sent it out on Friday. 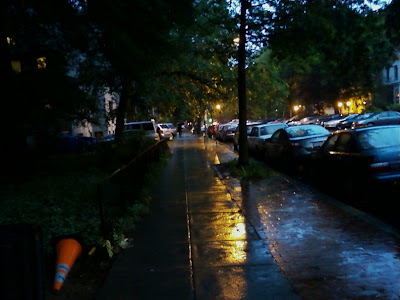 I suppose expecting it to arrive 8 miles from Bethesda over the weekend is unreasonable for the U.S. Post Office, which in D.C. functions more like a Third World country's mail delivery system. I don't care about a delay -- but I don't like the idea of an $880 check just floating around out there. I'm practically out of money ($90) and I don't get paid from my new job until June 10th. 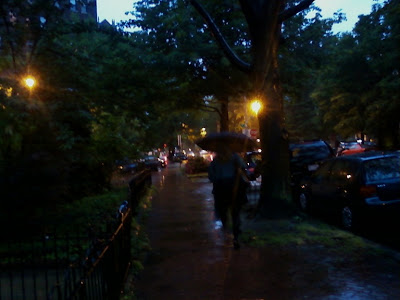 Oh, and my cellphone and cable/internet bills are way behind as usual -- combined two months for both totaling about $496, which is actually ridiculously high.
Sigh. 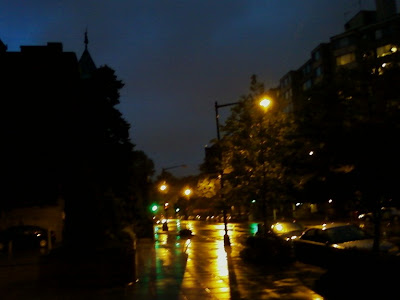 It was a nicely wet and cool day with showery rains although precipitation totals were only around 1/4" at DCA and BWI and 1/2" at IAD, and DCA is still about 28 percent below for the year.
I was going to walk after work from L'Enfant Plaza down the National Mall and over to the Watergate to the Safeway and then back up New Hampshire Avenue and home. However, I rushed home instead -- just to find that the check wasn't there. Later, I walked down New Hampshire Avenue anyway from U and 16th where I live to the Watergate to that little Safeway, as opposed to my usual 17th Street one, and then back home. 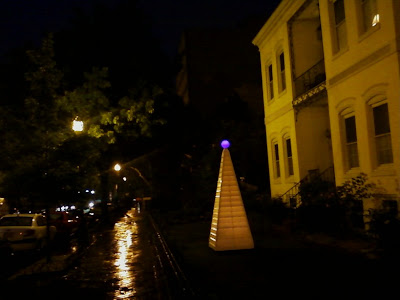 A strange pyramidal structure with an oddly glowing purple orb atop it in front of the house at 842 New Hampshire Avenue, NW, Washington, D.C., 8:46PM, May 17, 2010.
This is in the Geo Washington Univ. / Foggy Bottom district -- and I finally realized that nearly all the houses there are basically GWU campus housing.
####### Oh, yes, my mom and Ray are actually in New Jersey in Avalon. This was the first time in about 23 years -- since just before my maternal grandma died in Feb. 1987 -- that she has been there, or at least there and I spoke to her on the phone. At all other times, it has been the other way around. I hope that she and Ray move to the South or Central Jersey shore in retirement.
OK, this entry is already getting too long so I'll end it now.
--Regulus
Posted by Regulus at 11:11 PM

Sounds good! And it must be nice to work in the city as opposed to somewhere outside of it

Based on your email from Sunday I think that the issue you are so worried about resides entirely in your head. Just don't worry about it

I'm so glad your first day went well!! And you look very handsome in your work gear. ;) I hope it all goes extremely well from here on out.

We need to get together before I go under the knife again...

Quill -- Thank you for your kind words. YES, I want to meet you soon. I also have the rest of the money I owe you and I've been remiss in repaying you.

Do you have a set day yet for the operation? Also, did you do your L.A. trip yet?