Earth Day 40 and Washington in April 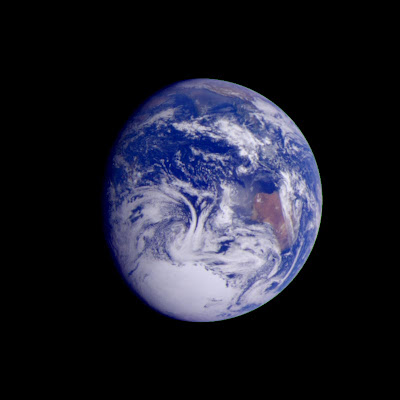 Planet Earth as seen from near by in space with Australia, Antarctica, and the Indian Ocean prominently visible as well as India.
#######

Earth Day 2010 ... the 40th anniversary of the first Earth Day in 1970 when I was a wee baby of just five months old living in New Jersey.
I remember going to the Earth Day 1990 here in D.C. That wast the 20th anniversary and I was 20 years old, half my current age. That was still 2 years before I settled in the D.C. area.

Here is a New York Times online picture I found from that long ago Earth Day, April 22, 1990.

Notice how the trees (on either side of the Capitol building) are NOT in leafy bloom back then (the green ones you see are "evergreen" Southern Magnolia trees). By contrast, they are completely out this year. Yet if I don't miss my guess, the previous month (March 1990) had featured some freakishly hot weather with temps near 90F.
For comparison, look at this picture ... 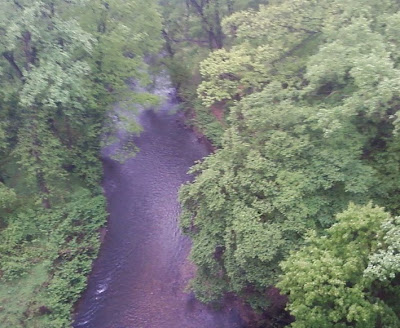 This is view from the Connecticut Avenue Taft Bridge looking down onto the Rock Creek and a finger of Rock Creek park on a rainy afternoon, Washington, D.C., 4:00PM, April 21, 2010
And even more so this picture ... 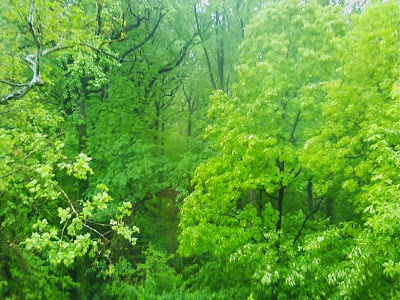 That Earth Day in 1990 was still when I read and respected the frickin' worthless Washington Post, believed in a caring and involved God, and foolishly thought the world was moving toward a better condition rather than just being full of shit and pain.
I remember actually met at the event the guy who organized the first Earth Day event (Denis Hayes). He had been featured in a Style section article a few days earlier. He was just sort of standing on the Capitol steps -- back when they were open and you could do that, before everything was in a post-9/11 Mega-Giga-Tera-Peta-Exa double lock down code red Cheney terror alert. 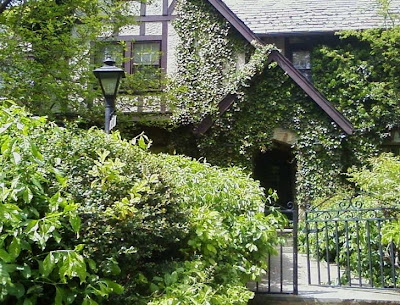 At the time I was totally fucked up at St. Shitty's Mary's College in southern Maryland, obsessed over some idiot. God, I hated that school. I remember coming up to D.C. on that sunny, warm, late April day with some friends at the time -- some of whom, such as Kevin and Aaron I am still friends with (as well as Quill, although she was not with us that day), while others such as Phil I appropriately no longer have anything to do with, and still others, such as Lynda M. that I have long since lost touch with. 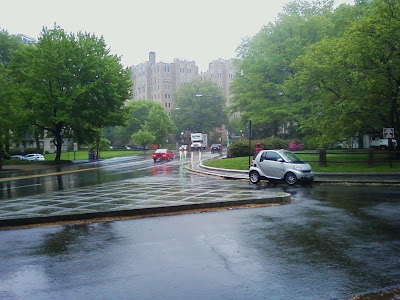 I remember when we saw the crowd in the distance by the Capitol, Kevin did not want to go there (he got a bit angry as I recall), but in the end he went and it was no big deal. I think he thought it was some kind of pro-Pol Pot - Maoist Communist communal cult compound kind of thing, or maybe a riotous Socialist mob, rather than just a mainstream corporate friendly way to spend a feel-good afternoon in Washington on the National Mall. Meanwhile, Lynda ended up dancing with a bunch of wacky Hari Krishnas later in the day.
Gee, that was along time ago.

The world is as vicious, dumb, and pointless as ever, except now people are more hyper-aware of everything at all times, which kind of makes it worse.
Imagine 20 years hence? We better have had some serious sea level rise by then or else I'll lose my faith in global warming. Actually, I'll probably be dead in 20 years, but let's avoid going down that road right now. 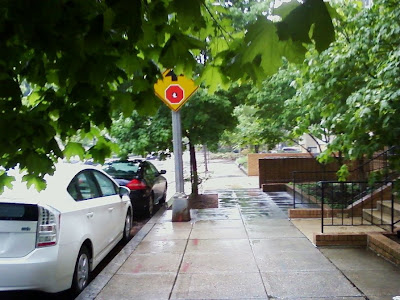 A few quick updates in the here and now ...

I got paid in full for the two assignments at my Bethesda contracting job before the office manager (and my friend) went on her 2 week vacation to Japan, and so I can now pay my May rent EARLY. And I'll have a small cushion of money til the following week. What's gonna happen?
Actually, I don't know what's gonna happen by July / August if I haven't become more gainfully employed. 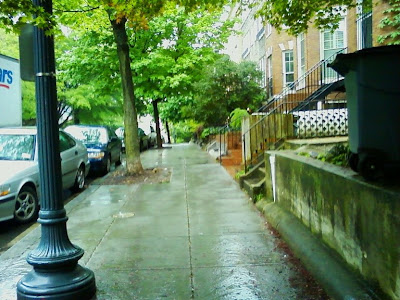 Last night -- or rather this morning -- I finished a 30 page paper for the same company on the U.S. market for four types of "energy efficiency equipment / products", namely, heat pumps and heat pump water heaters; small wind turbines; high brightness LEDs; and (the smallest of all), photo-catalyst building materials.
I only slept a few hours in the mid to late morning and I was on time for what was possibly (probably?) the final day of my Census job ... unless there is some sudden and unexpected group quarters enumeration follow-up and/or I get chosen to be in the residential enumeration follow-up.
At the very least, I made a new friend (Jamie) who went with me to Cobalt on Tuesday night (he's straight) and tonight we went to Fox & Hound (where I haven't been in years) with his friend Kaitlyn. Jamie and I may go to Cobalt tomorrow night to take advantage of the open bar for rail vodka at Cobalt between 11PM and midnight. He lives near me in the gayborhood even closer in than I do -- right on 17th Street.
BTW, 17th and 18th Streets, NW, are all "stimulated" and torn up with roadwork construction from Stimulus money to improve them. 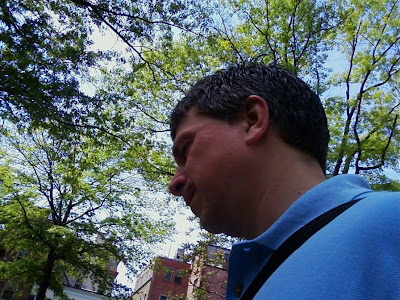 Yours truly under the trees along Florida Avenue nearing Massachusetts Avenue -- this whole entry has featured state-named thoroughfares -- in Washington, D.C., 1:40PM, April 22, 2010
I was walking to the West End Library, where my group finished up the American University Census enumeration.
#######

Tomorrow at 930AM, I have an "interview" at that same DOE contracting company down by L'Enfant Plaza to discuss doing STILL MORE "1099" contracting work for it. I'm meeting the VP -- the same lady who interviewed me on Feb. 26th for a regular job that I did not get. This does have some potential to turn into an actual regular job.
Still no word from the IRS or even the D.C. Tax & Revenue office concerning all the income tax I owe (approx. $1580 to the former and about $170 to the latter by my calculations, before penalties).
OK, I think that's all for now. My next planned update will be this weekend. I'm supposed to see Quill and maybe Gerry, along with Gary and Chris T and maybe LP.
Weather-wise, it's supposed to be on the showery wet and cool side this weekend. I hope so.
--Regulus
Posted by Regulus at 10:15 PM

Hi!
It sounds like you are doing pretty good. Sorry I haven't been around much, but I've been working my ass off. Things have changed in the good ole USA... what used to be a 2 man job is now a one man job & unemployment is rampant. How did that happen?

That's a complicated question you ask with no simple answer. I will try to post my own thoughts on it a bit later.

Could you call me or email me your phone number(s)? I got a new phone a couple of weeks ago and I have to reconstruct all my old numbers.