The Swirling Passage of Seasons OR Spring and Summer Places 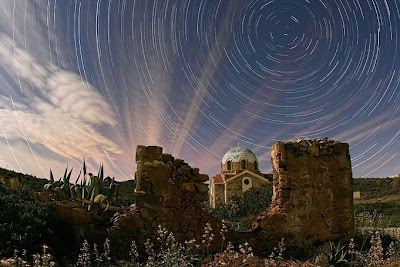 A two-hour time lapse photograph of the night sky above an abandoned church near Cape Sounion in Greece. The streaking orange clouds and the ground are actually illuminated by the Moon. The star nearest the Celestial North Pole is, of course, Polaris. This was the March 15, 2010 Astronomy Picture of the Day, link here.
#######

The first day of spring in the Northern Hemisphere. It arrived at 1:32PM EDT today. 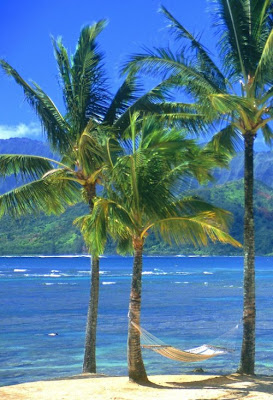 No, this is not the view from my apt. here in D.C. This is on the Hawaiian island of Kauai.

It was 73F at National Airport at the 3PM hour, which is just too warm for mid/late March. I don't like how we went from deep and unusually snowy winter to May in, like, a week's time.

The good news is there is rain and cooler weather coming in the form of a nice cut-off upper level low and then another storm system by the Thur-Fri time frame.
Changing subjects ...

More good news on the health care front: the Dems are apparently not going to use the "deem and pass" procedure and thus avoid a blizzard of right wing lawsuits from every fundie whack job in America up to and including a bunch of state attorneys general.
You know the Supreme Court -- the Scalia 5 -- would love to vote on that and knock down the whole thing if given a chance. 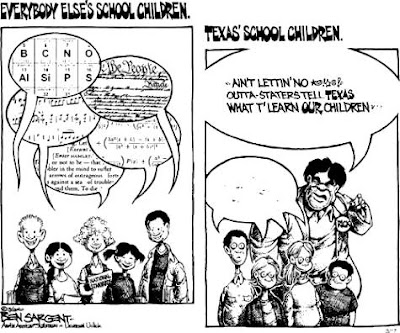 And the corporate whore media couldn't stop blathering 24/7 about it while the Fox Nazi Propagandists were busy trying to whip up the teabaggers into a Second Civil War frenzy to make American safe for corporate fascist theocracy -- and put those same nutty libertarian know-nothing teabaggers into a gas chamber as soon as they are safely in permanent power and the very same Constitution they are always going on about is suspended due to some staged Muslim terrorist attack under "President - in - Christ" Palin.
Think Margaret Atwood's The Handmaiden's Tale scenario. 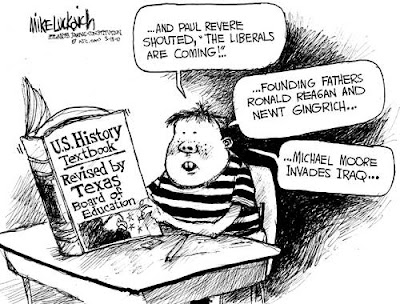 The bigger and more relevant question is: Why are Dems such wussies?
#######

Check out Jon Stewart's hysterically funny parody of the psychotic Glenn Beck, who is the 2010 version of Rush Limbaugh circa 1994. Watch the full 13 minute version (second video link in the article) if you have a chance. 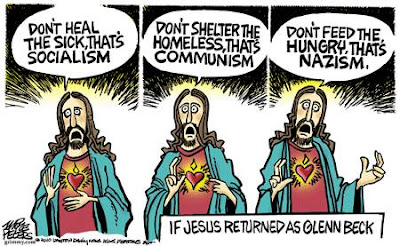 I have to get ready to go to Chris T's place. We are having one of our Saturday night dinner parties but I am going over early to do a bit of work for him for money. I'm AGAIN flat broke until I get paid -- hopefully it should be by Wed/Thur next week.
#######

I start my Census temporary job training next Wednesday. As for the main job I was so hoping to get, no word on it and I am increasingly pessimistic on it. I will email the hiring manager on Monday or Tuesday. I might have known it wouldn't work out. Of course ...
Yes, I finished that 30-page "outline" but I still have to finish what will be a nearly 60-page report on the RIC 2010 event (see earlier entries). I also have to write a report on the Dodd financial reform regulatory bill, esp. as it relates to any potential future carbon trading markets under a national or sector-based cap-and-trade system.
#######

Lest I end on a bad note, please watch / listen to this lovely 2m 46s YouTube clip of Percy Faith and his orchestra playing the instrumental tune of the "Theme From a Summer Place" way back in 1960 on The Ed Sullivan Show.

This is one of my favorite light instrumental tunes of all time. It was written for the 1959 movie A Summer Place, which I've never actually seen.
#######

Crap! The Huffingtonpost videos "currently cannot be viewed in my country". Wasn't the internet supposed to be like a global thing? Gloria told me about some application that you can run on your computer and it masks your IP or changes it to a US one or something. Allegedly it's safe. Still I feel a bit reluctant to download some shady executable whose function by design is to mess with my network settings.

I'll try to talk to you more. Now my mind is going blank after an entire day of watching things on YouTube (mostly lectures on Hegelian/Lacanian critique of ideology - what a sad life I am living here:-))

Interesting Percy Faith clip. Do you realize there was not one woman in that whole clip? Where the heck where they?

Kristof -- Sorry you couldn't see the HuffPo vidoes. As for Gloria, I saw her earlier tonight at Buffalo Billiards. She is so eager to return to D.C. Just three more months to go.

As for you, Gary and I sense that something isn't quite right with your immy status. Is there something we should know?

Rita -- I don't know. I know those big bands from the 1940s and lasting into the 1950s really didn't have that many female members except for vocalists, and Percy Faith didn't have vocalists, at least I don't think so.

Well, it's not like being a musician is such a manly endeavor. Percy Faith is a little less in my eyes because of it.