A Reflection of Spring in Washington, D.C. 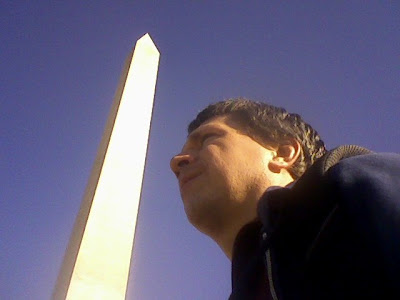 Yours Truly, Regulus, by D.C.'s (and maybe the entire country's) premier phallo-centric symbol, so much so that even Dan Brown might not know what to write. That would be the Washington Monument earlier today, 3:08PM, March 8, 2010.
#######

A very brief entry as it is already 1:20AM as I start this and I need to get up by 6:30AM in order -- realistically -- to get to the NRC Regulatory Information Conference opening session in Rockville by 8:30AM tomorrow morning.
Earlier today (Monday), I took about a 6 mile walk down to the National Mall including to the Washington Monument and back around past the Lincoln Memorial to the Watergate (again) and back home. I should have gone to a museum but I didn't. 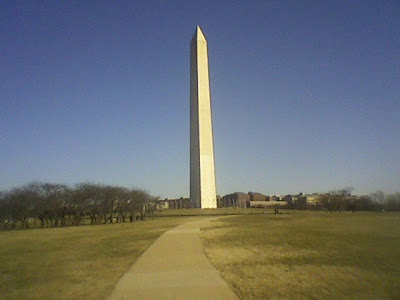 Approaching the Washington Monument, 3:03PM, March 8, 2010.
The brightness of the day and the look of the world felt a little like Obama's inauguration 13-1/2 long months ago when I walked down there with Gary and Kristof. A lot has changed since then. If I hear one more time how Dems are going to be wiped out in November ... it's all so pointless and depressing.
#######

I have to say that I have gotten so flabby and borderline heavy that it is really is unpleasant. I'm borderline on the verge of being overweight. If I get an actual job, I will return to the gym. 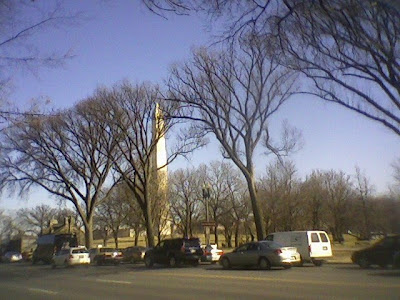 Of note, my contracting check should be ready tomorrow and with LP's temporary loan, I should be able to pay my March rent on time -- i.e. before the close of the post office on the 10th, so no $30 late fee, which is good as my new annual rent rate of $994 per month kicks in, up $41.
I also need to get in $130 to RCN by the COB on the 10th or else my cable and internet will be shut off, but I think I can do this now, too.
The money I earn this week goes to pay back LP and Quill, which I will do. 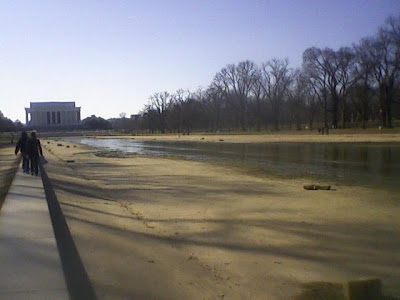 Empty Reflecting Pool as I was walking toward the Lincoln Memorial, 3:35PM, March 8, 2010. It was emptied out and cleaned in preparation for being filled in the summer.
This "pool" is often the nastiest witch's brew of turgid, nasty, goose poop-and-litter clogged, green-black water that ever was. In those post-apocalyptic / "life after people" scenes, it turns quickly into a swamp before the whole Mall is eventually flooded.
#######

The weather today was -- as the pictures show -- very sunny and pleasant with temps near 60F for a high. However, a prolonged rainy / showery spell is in the forecast starting Wednesday and lasting until near Sunday. This is good because it will wash away all the disgusting grit and grime left behind after all the snow this winter. 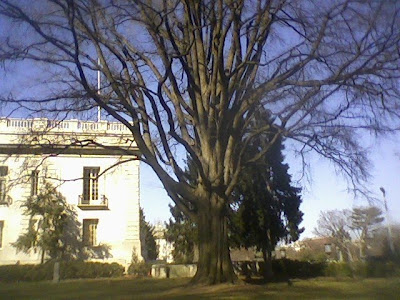 A large and graceful oak on the grounds of the Organization of American States (OAS) building, 3:01PM, March 8, 2010.
Of note, on an unmarked spot somewhere on the OAS grounds is the geographic center of the original 10 mile by 10 mile Federal Territory of Columbia, the "truncated" Maryland portion of which is now Washington, D.C.
#######

If it rains too much in the mountains, the big snow pack in places -- 20+ inches still on the ground in parts of the Blue Ridge, the Potomac highlands, and into Garrett County -- may melt rapidly and allow for flooding on the north / main stem of the Potomac. The last flood on the Potomac of note in D.C. was in 1996 -- after the previous big snowy winter and later that year after Hurricane Fran. 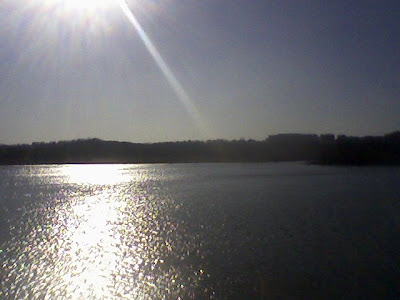 A sun-bedazzled and unusually not-polluted and not-smelly Potomac River on a bright, mild late winter's day in early March, looking across to Arlington and Teddy Roosevelt Island, 3:49PM, March 8, 2010.
I was walking toward the Watergate -- but did not take any pics there this time.

Thank you, Kristof, the comment section was rather empty.

Have you ever gone to a conference, or rather, you were supposed to go but you missed some sessions, but everything was already posted online so it sort of didn't matter.

Now I'm NOT sayin' that's what happened for my Wednesday, but if it DID happen ...