Still Under a Blanket of Snow 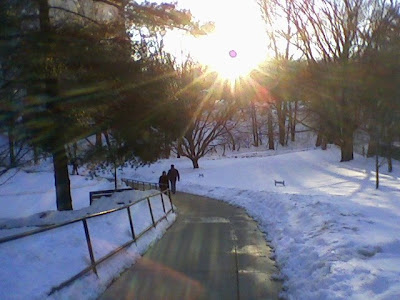 I guess I have to update this blog.

My weekend was mostly crappy, as usual. My life is a nightmare. I'll try to have a better entry posted later today or tomorrow. Whenever.
So I'm in mental and some physical pain this morning ... just waiting for about 8 more nightmare things to go wrong: lawsuits and judgments for uncollectible debt (Aug. 1st can't come fast enough), job rejections (well, that goes without saying), apartment evictions, IRS harassment and threats (that will come later this year for the $13,000 of the $15,500 I earned last year and did not pay any taxes on), random other threats to my life and (maybe fatal) injuries, other emotional crap that I talk about / to on my Arcturus blog, and other surprises, all while every bit of Obama celestial hope turns to GOP obliteration of all life on this planet ... and any other bullshit that I lack sufficient negative imagination to think of right now. 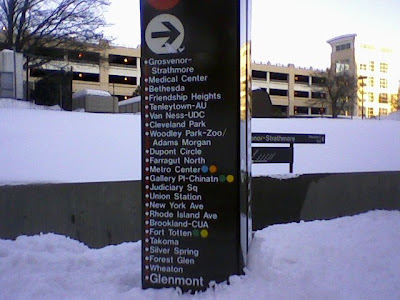 So I heard there was a sophisticated dinner party Saturday night of urban sophisticates where the evening consisted of toquito surprise, Miller lights, and everybody laughing their mutual asses off at a text message I sent to someone.
I am happy for all them of, especially since everyone is employed and their 401-k's are increasing nicely, and always are asking the ONLY question that matters in a nonsensical Western / Occidental / Accidental universe: Is the Dow up today?
As for me, I just went to Lucky Bar on Connecticut Avenue by myself for some dinner. 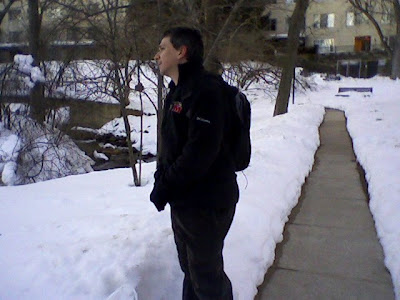 Yours Truly standing near the Luxmanor Branch creek that runs through Grosvenor Park, 5:34PM, Feb. 14, 2010. I had gone with LP to the Grosvenor Market and was walking back to his place.
#######

LP said I have demonized a certain somebody into being a symbol for "easy millions and callousness." Perhaps I have and that is wrong. Except there is no right or wrong in a nonsensical American business world Universe, only contract law.
Is GOD smiling sweetly on the ranks of the righteous yet? 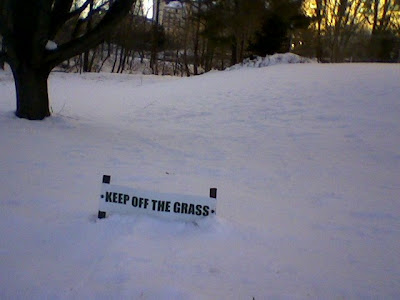 I have that Jay-Z / Alicia Keys Empire State of Mind song stuck in my head this morning. The lyrics are lovely and the video is beautiful in its way. Usually, I hate any song even remotely rap like.
Now I have to go now to Bethesda to pick up a check in order to be able to pay my February rent ... and be broke the next 10 days or so. I think I'll be giving up my apt. by April, certainly May if things don't change.
--Regulus
Posted by Regulus at 10:59 AM

Richard,
Unfortunately you alienated yourself. The door is always open. Just reach out. Demonizing someone who has been in your life for 20 years is what is non-sensical.